For visionary leaders, the campaign for their re-election begins immediately they are sworn in for their first term. But not Muhammadu Buhari!
While waiting to be inaugurated, the president started to squander the goodwill with which he was elected. After inauguration, he continued to make enemies and sought protection within his ethnic enclave. He was brazen that many believed at the time he was not going to seek a second term in office.

In the process, he lost many of his staunch supporters especially in the South-west. Today, the South-west people are at a crossroads. Should they stick to Buhari and risk further alienation if he wins a second term? Or should they switch allegiance to the Peoples Democratic Party? For many in the South-west, deciding on which option is best is not an easy task. This is because each option carries its own risks. Perhaps, there is a third option.

Luckily for the South-west however, it appears to be the zone that will ultimately decide who becomes the president in next elections. It is going to be the battleground. Little wonder, the PDP wants the zone to initially produce its next national chairman.
Having already secured the South-south and the South-east and having zoned the presidency to the North, the PDP needs the South-west to beat the All Progressives Congress. Against this backdrop, it is re-ordering its options. It also wants to zone the vice-presidential slot to the zone too since the APC may likely retain it there.

The APC does not even have a choice in the matter. Since the party is not wanted in both the South-east and the South-south, save for the faÃ§ade of crowd that greeted the presidentâ€™s visit to the zone recently, the APC must do all within its power to maintain the status quo by remaining the dominant party in the South-west zone in order to retain power at the centre. Whichever way one looks at it, the South-west is the attractive bride every party wants to befriend.

â€ŽApart from starting their campaigns for re-election immediately they begin their first terms, visionary leaders also do their best to maintain their power base. It is suicidal for a president, who intends to seek re-election to ditch his power base. But that appears to be what Buhari did. As clueless as the media like to refer to President Donald Trump, he started his re-election campaign for the 2020 presidential election just 29 days after assuming office, when he held a rally at the Orlando-Melbourne International Airport in Florida in February this year. He continued to side with white supremacy to the consternation of the generality of the people especially the liberals. He is bent on maintaining his support base.

The same thing applies to former President Goodluck Jonathan, who came into office in 2011 on the understanding of one term, he started his re-election campaign against all odds immediately he secured victory in 2011. As clueless as he is said to be, he understood that part of power and strategy, although he messed up his power base tremendously.

How Buhari Lost the South-west
The president began by exploiting the divisions within the region. Even though he knew that more than anyone else in the zone, (some even say more than anyone in the country) Asiwaju Bola Tinubu played a pivotal role in his emergence, first as candidate and second as president, Buhari appointed people who had fallen out of favour with the APC national leader as minister.

In reality, Raji Fashola and Kayode Fayemi are obviously not Tinubuâ€™s candidates for ministerial postings. Neither was Kemi Adeosun.
Having already chosen to dump him as vice presidential candidate on account of the need to avoid a Muslim-Muslim ticket, refusing him the opportunity to have a say in the appointment of ministers amounted to adding insult to injury.
Then, the president did not stop there. Working with the National Chairman of the APC, Chief John Odigie-Oyegun, he began to reduce Tinubuâ€™s influence in the party, even though it took time before he started to get along with the party chairman, whom he is believed to have an axe to grind with.

That was why they could stop his anointed candidate for the Ondo State governorship seat, Segun Abraham, from winning the primary. In his reaction, Tinubu was unable to hide his frustration and openly called for the resignation of Odigie-Oyegun. That did not happen.
Those following the Buhari-led APC governmentâ€™s handling of Tinubu and the South-west politics are able to establish a pattern: reduce his influence by empowering his enemies. Then push him to a level that he will not have a choice but to support us. To a larger extent, that strategy appeared to have worked.

â€œIf we can win Ondo, Edo States without his influence, who says, it cannot be doneâ€, a source who did not want his name made public told THISDAY on Sunday.
However, those who know Tinubu very well claimed that those celebrating his diminishing influence in APC are doing so too early.
â€œHis strength lies in mobilising people. The people the president is banking on do not have the temerity, dexterity and the resources to match Tinubu in mobilising people for election in the South-west,â€ another analyst said.

No Easy Options
Although the South-west might have found itself in a unique position to cast the winning vote, it faces very difficult options. Among these are: Support Buhari for a second term or do a deal with the PDP and stop Buhari from winning. While the first option appears to be the most attractive, elders in the party fear that Buhari will not spare Tinubu and his people if he wins a second term.
After all, by then the president needs no favour from anyone. He is constitutionally ineligible for a third term. He can therefore afford to crush his enemies and retire as many as possible politically.

An APC leader in Ogun State said: â€œNow that he wants a second term, he has been this brazen. What will happen when he does not need us for anything? He will throw us in jail. It is time for us to critically review our position and weigh the risks before taking a plunge.â€
But what happens if the South-west does not support Buhari and he still goes ahead to win the election? The zone will have no legitimate reasons to complain except Buhari wants to favour it. In fact, the plight of the South-east might be a childâ€™s play, some reckon.
Many hold the view that the zoneâ€™s best option is to adhere to the popular saying, â€˜the devil you know is better than the angel that has yet to come.â€™ After all, there is no guarantee that the opposition would treat the South-west better even if the zone helps it to win power.

Not So United
The 2015 presidential election results showed that Buhari won in 21 states while Dr. Goodluck Jonathan won in 15 states including the Federal Capital Territory. However, in 2011 presidential election, Buhari won in 12 states all in the North while Jonathan secured the highest number of votes in 23 states and the FCT. Except for Ekiti, where Ayodele Fayose was governor, Jonathan lost all the states in the South-west.
But that is not the whole story. Despite the fact that the South-west states (minus Ekiti) were the stronghold of the APC, the PDP had a strong showing. In Osun APC had 383,603 as against PDPâ€™s 249,929 while in Ondo APC polled 299,889 against PDPâ€™s 251,368. APC recorded 308,290 votes in Ogun while PDP had 207,950. In Oyo APC won 528,620 as against 303,376 of the PDP. Finally in Lagos, APC had 792,460 votes while PDP polled 632,237 votes.

When critically reviewed, the differences between the APC and the PDP reveal a region that is evenly divided. With the lacklustre performance of the APC in the past two and a half years, the PDP stands a good chance to stage a comeback in the South-west. But whichever way one looks at it, the South-west is the region to win by any party seeking to form a government at the centre 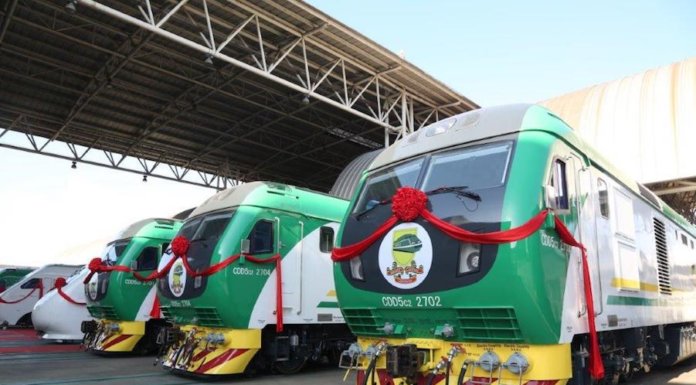