The Independent National Electoral Commission (INEC) has cautioned political parties and politicians against jumping the gun by kick-starting political campaigns when it has not given such approval.
Giving update on its preparations for the 2019 general election, the commission said it would be ready with the election budget estimate next week.

Speaking during an interactive meeting with the media at INEC headquarters in Abuja, the Chairman of INEC, expressed worry over the antics of some politicians who have already stated campaigns even when the time table such activity is yet to be issued.

â€œLet me state here that the release of time table does not imply the commencement of campaigns. I want to draw the attention of political parties and their candidates through the media that are already going round the country on campaigns that INEC, the only institution responsible for the release of time table for election has not done so and that anything anybody is doing about that is outside the law,â€ he said.
Regarding the measures being taken by the commission to deal with some of its staff indicted by the Economic and Financial Crimes Commission (EFCC) on electoral fraud, Yakubu said it has acted swiftly to deal with the issue.

According to him,â€ I want to say that this is first time in the history of elections that the commission would discipline 205 staff in one fell swoop following reports we received from the EFCC in 16 states.â€
He said under the INECâ€™s terms and conditions of service what the commission can do is to interdict the indicted staff and then allow the state to prosecute them accordingly.

So far, Yakubu said all those indicted for electoral malfeasance are being prosecuted in the courts.
He also stated that the commission has reached an understanding with the EFCC to henceforth not wait to submit interim report to the commission but to go ahead and prosecute any member of staff, adding that INEC will on its part immediately activate the relevant provisions in its conditions of service.

â€œWhatever we need to do, we will do it, even if it means getting rid of everybody in the commission and recruit afresh for 2019, we are determined to do so. We must sanitise this process. When visited Norway, they were talking about election and its relationship with development. In our part of the world as a developing country, election makes a lot difference. A badly conducted election is a recipe for crisis, and we know this. We are ready to discharge our responsibilities and we will not fail this country,â€ he said.

The chairman of the commission said management of the commission is currently working out the details of the election budget plan and would be able to make it public by next week.
He added that the commission may have to conduct two elections simultaneously in Anambra State
Apart from the governorship election which is due for November 18, INEC also said plans were underway to conduct a bye election to replace a member representing Idemili North constituency who died recently.
He said barring any last minute change in plans, the two elections will hold simultaneously on November 18 in the state.

â€œSo far, we have had the quietest election in Anambra State; the commission have not yet received any injunction to stop the election and this is quite unusual for the state which in the past has had to be embroiled in legal contests,â€ he said.
The INEC chairman assured all involved that all registered voters in the state would be given their permanent voter card before the election.
He also said security agencies have given assurances that there would be adequate security for the election. 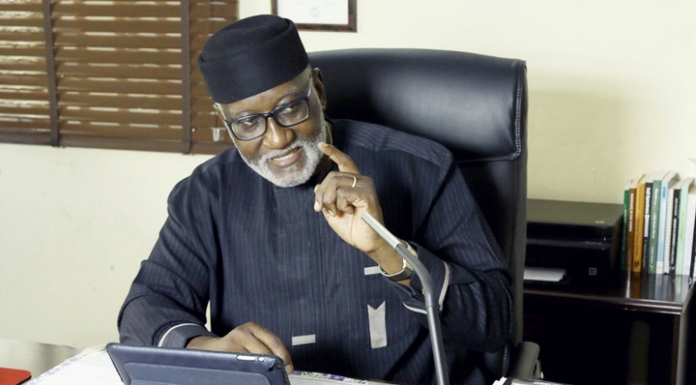