To help ensure food security in the country in support of the Federal Government’s Agricultural Transformation Agenda, Olam Nigeria is poised to unveil a $150 million integrated poultry facility in Kaduna in September. Some selected journalists visited the facility ahead of the planned unveiling. Abimbola Akosile was there and reports

To feed a nation, it takes a sincere, committed government and much more. And when it comes to feeding the above 170 million citizens and residents in Nigeria, it takes a combination of crucial inter-related factors.

When the more than 195 member-countries adopted the 17 global Sustainable Development Goals (SDGs) at the landmark 70th United Nations General Assembly in September 2015 in New York, the private sector was enjoined to rally round their home governments to help realise the Goals and 165 targets.

This is because no government can single-handedly ensure food security for its citizens; not in the Third World or the Western developed countries. The role of the private sector comes into play because of the tight efficiency and financial muscle available in the sector, which can be leveraged beyond mere corporate social responsibility.

For long, poverty and hunger have featured prominently among the myriad challenges facing Nigeria’s development process, and it is no longer news that millions go to bed hungry on a daily basis.

The Federal Government, especially under the current administration is yet to tackle this challenge successfully, although it has prioritised agriculture as a major pivot to diversify the economy and generate more non-oil revenue.

Aside the fact that agriculture reported employs around 75 per cent of the country’s labour force, there has been an upsurge in agri-processing and greater involvement of the private sector in agricultural sector financing, leading to the emergence of agripreneurs (agricultural entrepreneurs).

At the Olam Integrated Breeding Farms, Hatchery and Feed Mill in Kaduna, which was reported to have cost the agri-business company around $150 million out its total investment of up to $1 billion so far in the country, the emphasis was on automation and state-of-the-art technology.

In a media facility tour coordinated by top Olam officials including the Vice President & Head Corporate and Government Relations, Mr. Ade Adefeko; Business Head, Animal Protein, Dr. Vinod Kumar, Mishra, and the Corporate Affairs Manager, Damilola Adeniyi, THISDAY got a first-hand inkling of the scope of investment made by the conglomerate, and what it would actually take to ensure food security and even export in the poultry business in Nigeria. Below are some of the interventions:

According to Olam, “Due to population growth, urbanisation and changing food preferences, we expect a steady increase in the demand of Animal Proteins. This demand was hitherto being met through imports of frozen poultry and fish, but the progressive government policies to phase out such imports makes it imperative that local productive capacity of poultry farming and aquaculture scales up quickly to meet this demand.”

Olam, with its strong Nigerian heritage, has identified animal feed & protein, as a win-win opportunity supporting import substitution, rural self-employment and food security and is committing over $100m of fixed capital investments in the first phase.

The company noted that the poultry industry in Northern Nigeria is seriously constrained by the availability and quality of day-old-chicks (DOC). According to the officials, at full capacity, Olamâ€™s breeding farms and hatchery will produce over 1 million high-quality layer and broiler DOC every week, which will reach the farms in Northern Nigeria within a very short period of time and hence, offer low mortality and better chick health.

â€œThe Northern markets are dependent on commercial feed supplies from South, resulting in a high delivered price. By adding a large feed milling capacity (300,000 TPAâ€¦expandable in Phase- 2) in the Northern region, Olam will be able of offer competitively-priced and specially-formulated feeds to meet the requirement of local poultry farmersâ€, it added.

At full Phase-1 capacity, Olamâ€™s feed mill will utilise around 180,000 Metric Tonnes of corn and 75,000 MT of soybeans. This additional demand, the company noted, will encourage local farmers to increase the acreage and investment in farming these crops.

Olam intends to create over 50,000 MT of in-house storage capacity, along with similar level of outsourced storage facilities, which will help in price stabilisation and hence, better realisation for farmers. It will also enhance food security.

Olam revealed that it is working with the Kaduna State Government to develop a model for supplying poultry proteins (eggs and meat) for its school-feeding program at below-market prices.

It will also work with the neighbouring communities to create a Corporate Responsibility and Sustainability (CRS) agenda covering education, health and sanitation.

“Olam plans to set up solar power generation facilities on site to meet a part of its energy needs, thereby reducing the usage of fossil-fuel based energy. The site will have an integrated rainwater harvesting program to meet its water requirements”, the company revealed.

According to experts, to ensure the success of the One Child + One Egg = 5.5 million eggs under the federal government’s School Feeding Programme, over a billion eggs would be needed in a calendar year of 200 days.

This leaves room for smuggling to fill the gap, and according to reports, smuggled chicken accounts for 1.2 million metric tonnes annually.

To help fill this yawning gap, Olam is developing a hatchery that would be able to turn out 1,500,000 eggs per week in successive batches. The eggs are sourced from Olam breeding farms under the tightest bio-security measures, with a very high rate of hatchability.

These eggs and the day-old-chicks, which processing are supervised by selected veterinarians, are to be sold to backyard farmers for poultry production and supply of meat all year round, outside religious festivals, according to the Olam officials.

Olam has a vision to recruit young vets; fresh from schools, engage and train them through a diamond programme for two years after which they will be evaluated and placed on a loan scheme to become individual entrepreneurs in their various field of farms specialty.

Also, according to Vinod, Olam is not contesting with the backyard farmers for poultry production. “Olam is not a foreign company coming in to kill the small farmers off. Olam is a Nigerian company”.

Vinod, who preferred adequate local food security before export, revealed that the company’s focus is to empower local farmers and groom entrepreneurs.

With the intervention of Olam and other big private sector players in the country’s agribusiness industry, more jobs would be provided and there would be increased revenue and income, with corresponding ripple effect on farmers, traders and other agricultural stakeholders. In Nigeria, that is a noble cause. 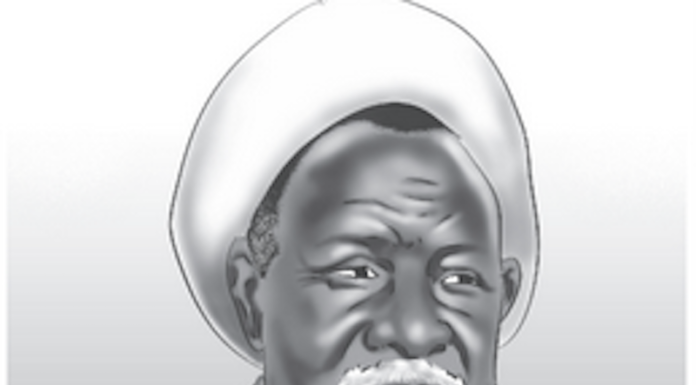