The United Kingdom Thursday announced an additional donation of Â£200million in response to the humanitarian crisis in the North-east, region which has been devastated by the Boko Haram insurgency.

UK International Development Secretary, Priti Patel, made the announcement on Wednesday after a visit to Borno State to see how his country is leading the international response to the humanitarian crisis in the North.

She said Nigeria has an amazing future, a reason she gave for its preparedness to build an economic partnership with the country.

The fund, according to a statement form the UKâ€™s High Commission in Abuja, is also expected to help avert famine and build stability and security after the destruction caused by Boko Haram.

Patel who was on a joint visit with the UK Foreign Secretary, Boris Johnson, said: â€œIt is catastrophic that at least 20,000 people have been murdered by Boko Haram terroristsâ€™ regime, and over five million people have been left hungry and many homeless. Babiesâ€™ bodies are shutting down and mothers who have lost everything are fighting to keep their children alive.

â€œGreat Britain is a country that stands tall in the world and the UK will not turn its back on people living in danger and desperation.

â€œWe are leading the way on the international stage through our world-class development, defence and diplomacy, providing a lifeline to over 1.5 million people on the brink of famine; tackling Boko Haram and pushing for global aid reform to deliver help more effectively.

â€œTerrorism knows no borders and the Nigerian Government must now follow our lead to stop innocent people from dying, and securing the area so that these people can rebuild their lives in safety â€“ reducing the threat of radicalisation and migration for the UK at home.â€

On his part, Johnson, while stating that the visit has enabled him have a firsthand information on the North-east region as well as had personal interaction with victims of Boko Haram, gave assurance of continued support to ameliorate the pains of the people.

â€œThe British military has to date trained 28,000 Nigerian troops, equipping them with skills to turn the tide against Boko Haram, while our humanitarian aid is alleviating widespread suffering. This is about helping a Commonwealth partner in its time of need as well as addressing the root causes of international challenges such as migration,â€ Johnson stated.

He said the new package of emergency relief announced also includes the restoration of key infrastructure and services in North-east Nigeria.

Meanwhile, Johnson, alongside Nigeriaâ€™s Minister of Foreign Affairs, Geoffrey Onyeama, yesterday inaugurated the Commonwealth War Graves at the National Military Cemetery, Abuja, in memory of the over 2,000 Nigerian fallen heroes who participated in the First and Second World War.

According to Johnson, the event is significant as it brings to memory the immense contributions of Nigerians to the enthronement of global peace.

He said it is worthy of note that Nigeria, in spite of her numerous security challenges at home, is still sending her soldiers to peace keeping missions abroad.

â€œDespite the ravaging state of Boko Haram, Nigeria has continued to send itâ€™s soldiers to help the people of other countries, including Liberia and Sudan, where your troops are deployed to this very moment.

â€œWe are very proud of what Nigeria has contributed to liberty, to the freedom of our world and that is what I want to say today. And also remember that the UK and Nigeria share those values that are part of our commonwealth values, and we look forward to strengthening our partnership in the coming years ahead,â€ he said.
Onyeama thanked them for the construction in remembrance of over 2,000 Nigerian fallen heroes.

These heroes were among the almost one million three hundred thousand war dead from United Kingdom and her colonies who made the ultimate sacrifice along with many others from other peace loving part of the globe to secure a freer and more peaceful world for all of us.

Also, Pate while leading a delegation of British officials who met with the Minister of Budget and National Planning, Senator Udoma Udo Udoma, in his office in Abuja yesterday. promised to sustain its efforts to work together with Nigeria in resolving the countryâ€™s challenges in a more structured way.

It assured that it would continue to stand with Nigeria in addressing its humanitarian and developmental challenges, adding that â€œNigeriaâ€™s success is Britainâ€™s success too.â€

She disclosed that Nigeria is DFIDâ€™s second largest financial aid programme in the world which underscored the commitment of the British authorities in assisting in the countryâ€™s development efforts.

The Secretary of State said her team would discuss further with Nigerian authorities to look at more proactive ways of dealing with the fallouts of the North-east crisis, as well as what more could be done in the areas of investment in education, international partnerships, capacity building, scaling up of farming in the local communities among other development issues.

Meanwhile, Boris Johnson during a courtesy visit to Vice-President Yemi Osinbajo in the State House, Abuja, said its proposed economic partnership with Nigeria was predicated on its status as the powerhouse of Africa and the biggest economy in the continent.

Johnson was accompanied to the State House by Patel, Paul Arkwright, British High Commissioner to Nigeria and other top British officials, also announced its resolve to partner Nigeria in different spheres including intelligence sharing in the fight against terrorism.

In his remark, Osinbajo said the federal government would continue its drives to promoting private sector partnership and consequently provide the necessary assistance to private investors seeking to invest in the country.

Osinbajo, according to a statement by his media aide, Mr. Laolu Akande, said the relationship between Nigeria and the United Kingdom was very important, assuring that â€œthe next few years are certainly going to be more interesting.â€

The statement added that Osinbajo boasted of Nigeriaâ€™s huge potential, arguing that â€œinvestors would salivate if those potentials were realisedâ€ and the country is â€œclose to the tipping point in terms of making that happen.â€

He added that in terms of trade, Nigeria had no choice but to diversify from oil and hence, the reason more attention is focused on agriculture, agro-processing and higher interest in technology.
â€œUK are our natural partners and it is much easier for business because of the relationship over time and because of the robust presence of the UK here in Nigeria through the DFID which has been tremendously supportiveâ€™,â€™ he was quoted as saying.

â€œIn the area of housing, Prof. Osinbajo stated that Nigeria would be looking to partner with the United Kingdom, adding that government is interested in construction companies with the expertise and technical know-how to deliver mass housing projects across the country.

â€œHe also emphasised the role of the private sector as well as the role of government in creating an enabling environment for businesses to thrive in the country.

â€œHe assured investors that the federal government is prepared to partner with them, provide assistance where necessary and solve the problems as they emerge,â€ the statement added. 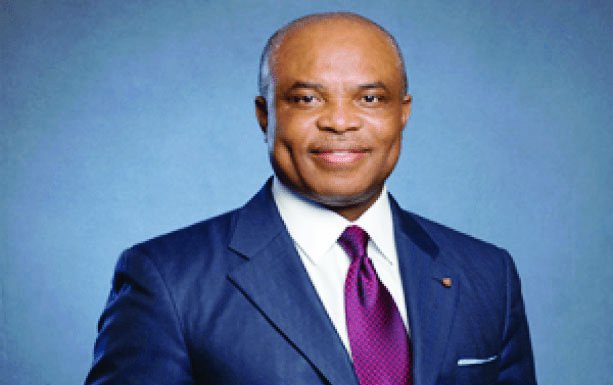