Segun Awofadeji in Bauchi
Social and economic activities came to a standstill in some parts of Bauchi State following a massive rally in support of President Muhammadu Buhari, on Tuesday.
Several placard-carrying supporters of the president, including women, marched through the streets of Bauchi, brandishing brooms, with the rally culminating at Â the Government House.

They were received on behalf of Governor Mohammed Abubakar, who was away on hajj, by the Secretary to the State Government, Alhaji Umar Nadada, in company with the Chief of Staff, Â Audu Sule Katagum, Vice Chairman of the All Progressives Party (APC) in the state, Mohammed Hassan Tilde, among several top government officials.
THISDAY gathered that the Deputy Governor, Nuhu Gidado, was in Abuja on official duties at the time of filing this report.

The Convener of the pro-Buhari rally, Bappa Aliyu Misau, said they staged the rally to let the whole world know that Bauchi would never give up in supporting Buhari.
Misau said:Â  â€œWe are 100 per cent for Buhari. We defeated the PDP in Bauchi in 2003. In 2007, we lost but Buhari won the state. We also won in 2011. Bauchi gave Buhari more votes than even his home state, Katsina. All these show that we love Buhari.â€

Misau who is the Managing Director of Bauchi Fertilizer and Blending Company, added: â€œWe are rallying today to call on our supporters not to relent in praying for Mr. President. He did not forget Bauchi. Today, he appointed our son, Maikanti Kacalla Baru, the Group Managing Director of NNPC, and now, action is being taken on oil exploration in our state.Â He also appointed one of our own, Mallam Adamu Adamu, as Minister of Education. We are grateful to Mr. Presidentâ€

Similarly, a member representing Bauchi Central in the state House of Assembly, Yakubu Shehu Addullahi, popularly known as Wowo, appreciated the supporters of the president for coming out in large numbers for the rally.

Wowo said the mammoth supporters at the rallyÂ  hasÂ  vindicatedÂ  Bauchi peopleâ€™s love for the president.
â€œI am impressed by this large turnout of Buhariâ€™s supporters and it has confirmed Bauchi as a state that has affection for Â Mr. President. We urge you to continue to pray for him and pray for our country to get out of recessionâ€

His colleague, Abdulhamid Rufai, representing Zungur/Galambi, assured that Buhari would continue to get their support because he is a leader that had given his all for Nigeria.
Responding, the SSG thanked God and the conveners of the rally and the supporters for coming out in large numbers.

He said that he spoke with his boss who mandated him to commend them for the peaceful rally and urged them to continue to pray for the president and for the peace and unity of Nigeria.
He added that Buhari tried three times but failed to become President and succeeded because â€œGod wants him to be there. So we must continue to pray to God for him to succeed in leading this country. He has good plans for this country, so let us be patient because he will lead us to the promised land. Things will improveâ€ Governor Abubakar said.

The SSG also used the occasion to inform the supporters to always go round and see the good works the governor of the state was doing rather than rely on rumours from opponentsâ€™ who see nothing good in the administration. 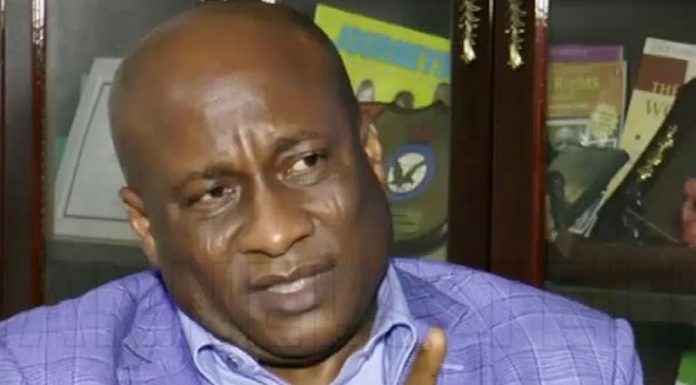