President Muhammadu Buhari on MondayÂ expressed satisfaction with the state of the economy, saying the main responsibility of the government was to bring succour to citizens in all walks of life.

Buhari gave the verdict after a meeting with the key managers of the economy â€“ the Minister of Budget and National Planning, Senator Udoma Udo Udoma, his counterpart in the finance ministry, Mrs. Kemi Adeosun, and the Governor of Central Bank of Nigeria (CBN), Mr. Godwin Emefiele â€“ at the State House, Abuja.

His first briefing on the economy since his return from a 103-day sojourn in the United Kingdom where he was receiving treatment for an undisclosed ailment, came just as the National Bureau of Statistics (NBC) released its inflation report for the month of July, indicating that the rate of inflation dropped slightly to 16.05 per cent during the month, from 16.10 per cent in June.

The president, according to a terse statement by his Special Adviser, Media and Publicity, Mr. Femi Adesina, said both the ministers and CBN governor provided updates to Buhari on the economy, implementation of the 2017 budget, preparation for 2018 budget, revenue strategies, combined cost reduction and debt management.

Adesina who said Buhari was glad that â€œthings were looking up after two years of a yeomanâ€™s jobâ€, stressed that â€œhe was pleased with the progress being made on different frontsâ€.
Adesina said Buhari discussed monetary policy strategies and their economic impact with the ministers and CBN governor, adding that the president reminded them that the countryâ€™s economic revival was one of the major campaign policies of his party, the All Progressives Congress (APC) and urged them to keep it up.

According to the NBS, the July inflation figures showed that increases were recorded in all Classification of Individual Consumption by Purpose (COICOP) divisions that yield the headline index.

The food index increased by 20.28 per cent (year-on-year) in July, up by 0.37 percentage points, from the rate recorded in June (19.91 percent), representing the highest year-on-year increase in food inflation since the beginning of the new series in 2009, said the NBS.

The rise in the index was caused by increases in the prices of bread and cereals, meat, fish, oils and fats, coffee, tea and cocoa, potatoes, yam and other tubers and vegetables.
On a month-on-month basis, the food sub-index increased by 1.52 percent in July, down by 0.47 percentage points from 1.99 per cent recorded in June.

The â€œAll Items less Farm Produceâ€ or core sub-index, which excludes the prices of volatile agriculture produce eased by 0.30 per cent during the month by 12.20 percentage points, from 12.50 percent recorded in June as all key divisions which contribute to the index increased.

On a month-on-month basis, the core sub-index increased by 1.00 per cent in July, 0.32 percentage points lower than the 1.32 per cent recorded in June.
The highest increases were recorded in clothing materials and articles of clothing, furniture and furnishing, books and stationery, medical services, glassware, tableware and household utensils, accommodation services and household textiles.

The average twelve-month annual rate of rising of the index was recorded at 15.80 per cent for the twelve-month period ending in July, 0.42 percentage points lower than the twelve-month rate of change recorded in June.
The NBS report further showed that the average price paid by consumers for petrol increased by 0.3 per cent year-on-year and decreased by -1.4 per cent month-on-month to N148.2 in July, from N150.3 in June. 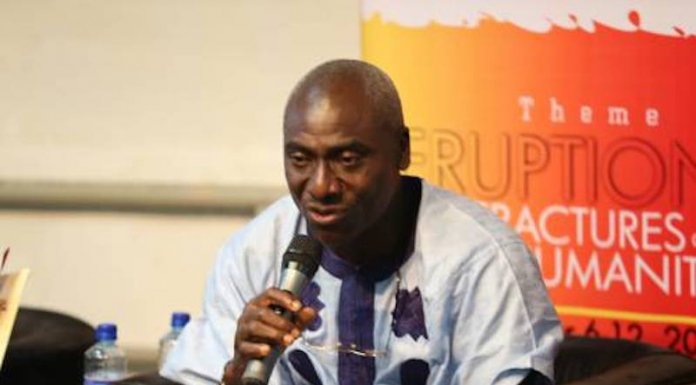