The Lagos State Government on TuesdayÂ underscored the importance of accurate data to adequate planning which is necessary to bring about inclusive development and growth in all sections and sectors.

Speaking while receiving a delegation from the Nigerian Statistical Association (NSA) on behalf of the state government on a courtesy visit, Commissioner for Establishment, Training and Pension, Dr. Akintola Benson, said adequate data remains critical to bringing about efficient planning and execution of policies and programmes that would help to enhance quality of life of the people.

The delegation led by NSA Second Vice President, Dr Olusanya Olubusoye and former Statistician General of the Federation, Chief Oladejo Ajayi, had scheduled to visit to intimate the state government about the forthcoming international conference of the association to be held in Lagos from September 6 to 8, 2017.

The conference, which is to be attended by statisticians from within and outside the country, is with the theme: â€œPositioning National Statistical Systems For Data Revolution And Inclusive Development.â€

Benson, who received members of the NSA delegation alongside the Special Adviser to the Governor on Commerce, Industry and Cooperatives, Hon. Benjamin Olabinjo; Permanent Secretary, Lagos State Ministry of Economic Planning and Budget, Mr. Abayomi Kadri; and Permanent Secretary, Ministry of Finance, Mr. Tunde Ogunleye, commended the association for putting the conference together, saying that aside Lagos State, all other states of the federation and the federal government would benefit tremendously from topics lined up for discussion.

He said: â€œIn this kind of data gathering conference, Lagos State and indeed all the states of the federation including the Federal Capital Territory, Abuja will benefit tremendously. First of all, the conference will give us all the data that we need to plan. You will agree with me that without data, we cannot do anything. If we have accurate data, it will help all the 36 states and the federal government to plan.

â€œThough effective data tools, each of the state government in Nigeria including the Federal Government will be able to know the methodologies, the action or the way and manner to go about their planning and from there, it will have a major positive impact on our people be it in the education sector, economy, health and so on. I believe this kind of conference will not only help the Lagos State Government, it will help other states and the entire diaspora.â€

While pledging to convey the message of the delegation to the state Governor, Mr Akinwunmi Ambode, Benson assured that the state government would partner with the NSA and support the conference to ensure its huge success.

According to Benson, â€œIn the last 25 months, our Governor, Mr Akinwunmi Ambode who is a thinker and a doer, has done a lot in all sectors and sections of the state. He has asked that a powerful delegation of state officials should receive the NSA team and we assure you of our support.â€

Earlier in his opening remarks, Olubusoye, who is the Chairman of the National Organising Committee of the conference, said the courtesy visit was basically to officially introduce the officials of the NSA and the members of the organising committee, as well as to present the details of the conference to the state government. 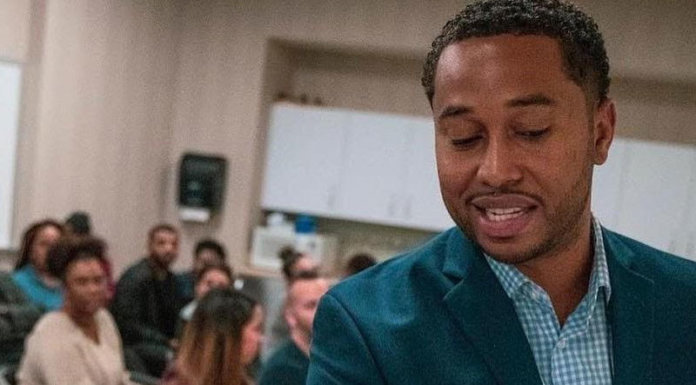 Yemani Mason: From Humble Beginnings to Becoming a Successful Entrepreneur