The Governor of Rivers State, Nyesom Wike has said the Peoples Democratic Party (PDP) can win Anambra State governorship election if all members of the party in the state cooperate with its leadership.

Wike who was in Anambra State to conduct the ward congress of the party with his Ekiti State counterpart, Ayodele Fayose, said the party won the Rivers State governorship election despite stiff opposition from ranking members of the All Progressives Congress (APC), and that in Anambra State, it would be a simple case as there is no strong force in the state.

Wike, who addressed party members at its state Secretariat yesterday, said no one would buy the officials or even use money to influence the process as he and his team came prepared for the job and did not need assistance from any of the partyâ€™s aspirant to do a good job in the state.

He said: â€œI am the chairman of the ward congress committee, and the governor of Ekiti State, Fayose, who is the chairman of PDP Governorsâ€™ Forum, is also a member. PDP looked very well before selecting us to do the job.

â€œWe are not people you can buy with money. Look at my car there, I bought the fuel by myself and came down for the job, and we came with our own kola and drinks too, so we do not need anyone to give us kola or drink to do the job.

â€œWe have resolved that there will be a ward congress, and no one should talk to us about consensus or even entertain fear that we may be bought. We have told the aspirants to go into the field and prove themselves, and if they are popular, they will have nothing to fear about.

â€œWhat we need is for the aspirants to come together and support themselves and the party, and whoever wins the ticket, will surely win in Anambra State. Who do you have here in opposition party that is strong that can stop PDP? If we can win in Rivers State, Anambra State is a small case because you donâ€™t have anyone here that can stop PDP,â€ Wike said.

Fayose however cautioned that any attempt by any of the aspirants to cause violence in the ward congress would be met with immediate disqualification.
He assured them that the process must be credible and acceptable enough as it is the first step to getting things right in Anambra State again.

THISDAY gathered that intrigues and horse trading have characterised the party congress ahead of next Saturdayâ€™s primary election as it is believed that any of the aspirants that gets a sizeable number of the delegates might eventually fly the partyâ€™s flag in the November election.

Most of the aspirants were seen at the partyâ€™s secretariat trying to seek audience with the visiting governors, just as attempt to reach a consensus to select one of the aspirants has failed following popular demand for a congress by the congress committee and the caretaker committee of the state party led by Prof ABC Nwosu.

Meanwhile, Governor Willie Obiano of Anambra State has directed the people of the state to brace up against the threat by the Indigenous People of Biafra (IPOB) that it will disrupt the November 18 governorship election in the state, urging them to rise up to the challenge and confront any person or group that attempts to disrupt peace or cause chaos during the election.

The governor, who spoke in Awka, observed that security reports available to him had indicated that the architects of the threats were from outside the state and wondered why such people should always be coming to Anambra to foment trouble.

Â Obiano, who addressed the citizens of the state at the Professor Dora Akunyili Women Development Centre, Awka during a ceremony to give out millions of naira to support mission hospitals in the state, said the state has been adjudged very safe and assured that it would remain so before, during and after the elections.

Saying that the state was adjudged the safest state in the South-east, Obiano urged the people not to be disturbed by election boycott threats, but to be prepared for such persons, should they attempt any such ill-advised intention to disrupt peace during the election.

He said: â€œWe cannot allow somebody from another state to invade our peaceful state and issue unwelcome directives to us. We will not fold our hands and watch such an individual motor in people from Abia, Enugu and other outside places to disrupt order in our state.
â€œIgnore the empty threats. Go about your lawful businesses and sleep with both eyes closed. I will keep watch over you with my two eyes open. I will let anyone who dares us know I am from Aguleri.â€

The governor called on Anambrarians to take the threats as empty, saying that the majority of those at Nnamdi Kanuâ€™s rally at Ekwulobia on Sunday were people from Abia, Enugu and other outside places, who should not be part of the elections in the state.
Kanu, had during a rally of IPOB members at Ekwulobia in Aguata Local Government Area on Sunday, renewed his call on people to boycott the forthcoming election in the state.
He also reaffirmed the determination of IPOB to enforce his orders of no election in the state, irrespective of any challenge to stop them. 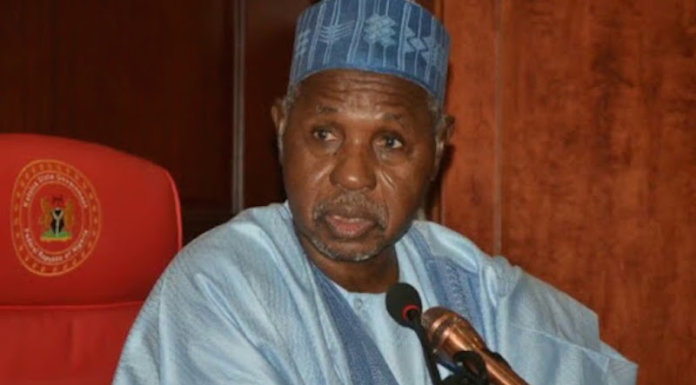