What strategies has Total E&P Nigeria Limited (TEPNG) come up with to remain afloat despite low crude oil prices?
What we have emphasised is collaboration, working more efficiently and taking cognizance of the fact that the times are different from when oil prices hovered above $100 a barrel. We believe that reducing costs does not necessarily mean laying off people.
We are doing a lot to make our operations leaner e.g. in the area of maintenance and logistics. Maintenance can attract a lot of costs if not done in an organised manner. We also recommend sharing of resources where possible to bring costs down.

What are your plans for the countryâ€™s gas-to- power initiative in the face of poor electricity supply in the country?
TEPNG has 15per cent equity participation in Nigeria Liquefied Natural Gas (NLNG) Ltd. TEPNG also supplies a daily contract quantity of close to 20 ms3/day of gas to the existing NLNG Trains 1 â€“ 6 facilities with a potential increase in gas supply based on the expansion plans for Train 7.

In the growing domestic market, the company, as partner in the NNPC/SPDC/TEPNG/NAOC JV, participates in the business of supplying some 0.7 billion standard cubic feet of gas per day (bscf/d. This gas feeds most of the gas-fired power plants in Nigeria today.

In the on-going Gas-to- Power initiative of the Federal Government of Nigeria, Total, as partner in the SPDC JV, has built the Afam VI, 650MW Power Plant, which currently feeds the National grid.

Total has played a significant role in the drive to reduce, and ultimately eliminate gas flaring in Nigeria through the Ofon Phase 2 and OML58 Upgrade Projects with start-up dates in 2014 and 2015 respectively. These have contributed to the world campaign against greenhouse gas emissions and its resultant negative impact on climate change, and conversely led to increased monetisation of gas through export.

Total through the NNPC/TEPNG JV is currently supporting the Nigeria Gas Master plan. The NNPC/ TOTAL JV has embarked and delivered on critical projects like the 50km Northern Option Pipe Line (NOPL) and Obite-Ubeta-Rumuji Pipeline (OUR), linking our gas supply to Imo River where it joins the domestic gas network in the Eastern states of Nigeria.

Total has made a commitment to deliver 300MMscf/day of gas to the domestic market, corresponding to the capacity of its gas transportation infrastructure. Against this backdrop, the company has received a number of Gas Purchase Orders (GPOs) from the Gas Aggregation Company of Nigeria (GACN). The first GPO was for supply of 100MMscf/d to Alaoji Power Station. The second GPO is to supply 126MMscf/d of gas to Indorama Petrochemicals proposed Methanol Plant for start-up in 2019. A third GPO to cover the remaining capacity of the NOPL i.e. 74MMscf/day, is currently being discussed with GACN.

What is the current crude oil production from Total JV operations, which stood at about 190,000bpd a year ago?

The current figure is195.5 kbopd

Could you please give updates on Totalâ€™s Ofon 2 project?
The Ofon 2 project has been completed and is an important part of our JV operations. The project set several Nigerian content records with the construction of the topsides and other facets of the project in-country.

Five of the seven Engineering Procurement and Construction contracts were awarded to companies in Nigeria. Note also that apart from the gas flare out mile stone achieved on the project in December 2014; an achievement that earned the 2015 World Bank Global Gas Flaring Reduction Excellence Award, we are proud to state that a first in Nigeria was the construction of the living quarters platform that was built in-country and is providing safe and comfortable accommodation for personnel that work in that field.

What is the outlook for the petroleum industry, given that oil price is gradually rebounding?
Total is unflinchingly committed to the future of Nigeria. The petroleum industry in Nigeria remains viable and would get better with policies that enhance investor confidence even if oil prices falter from time to time. Policies that ensure stability of the fiscal regime, sanctity of contracts and other legislations that are consistent with international best practices will increase viability in Nigeria. Globally, we hope that the oil prices get better than todayâ€™s figures but we may still be far from the days when oil prices hovered above $100 a barrel. Until that time comes and even in an era of prosperity, the benefit of hindsight is that the petroleum industry will have to proceed with more prudence than it did before.

What is the update on the Egina field? How far has the company gone in meeting its 2018 production commencement date?
The Egina FPSO is planned to sail away from Samsung Heavy Industries yard in South Korea for Nigeria by Q3, 2017 and should be in Nigeria quarter four, 2017 where integration of six locally fabricated topside modules will be integrated on the FPSO at SHI-MCI Yard (LADOL) before final sail away to Egina site, deep offshore Nigeria. All is on course for first oil around quarter four, 2018.

Beyond the 200,000 barrels per day targeted from the Egina field, what other value(s) is the project going to add to the fortunes of Nigeriaâ€™s oil and gas industry?

Development of local industry capacity: It is the first in Nigeria and in fact Africa to have locally fabricated modules integrated onshore on an FPSO.
Employment and job creation: 24 million man-hours of work done in-country, representing 77per cent of the work load for the project and equivalent to a workforce of 3,000 persons on average during five years
Fabrication of approximately 60,000 tonnes of equipment in various yards in-country, including specialised equipment like Pressure Vessels (Dorman Long and EWT), Flare Tower, Helideck, Living Quarters structures, large FPSO structures (Nigerdock) and complex subsea structures like Subsea Manifolds (Aveon).

297,000 man-hours of work on the basic engineering for the Egina Project was performed in Lagos by three Nigerian Companies – NETCO/BATELITWIN, CRESTECH and DOVER â€“ representing 94per cent of the total man-hours spent.

Aveon Yard, Port Harcourt: Upgrade of the yard and construction of new facilities was completed for the Subsea Production Systems (SPS).

FMC Base, Onne: Upgrade of the facility under the SPS package contract.
Gil Automation Facility, Lagos: Upgrade of facility for the Integrated Control & Safety Systems (ICSS) Panel assembly under the ICSS Package contract.
Human Capacity Development: 560,000+ Man-hours of professional and vocational training for 250+ Nigerian engineers and techniciansâ€™ in-country and overseas. 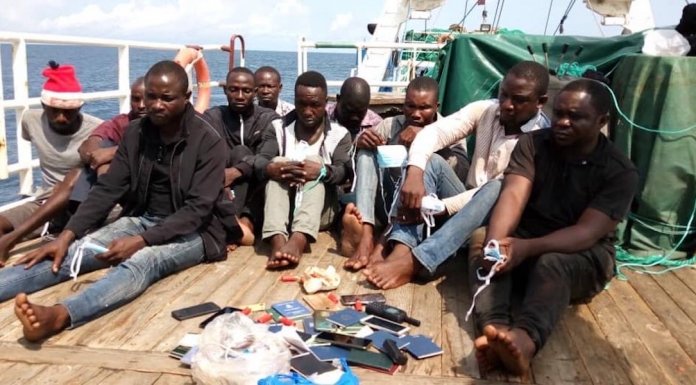