Emma Okonji
Telecoms stakeholders TuesdayÂ differed on the 15-year tenure limit stipulated by the Nigerian Communications Commission (NCC) for directors of private and public quoted companies, as containedÂ in the Code of Corporate Governance document.

Aside the tenure limit, they also raised concerns on ethical issues, sanctions and rewards as well as risk management, enshrined in the document.

NCC had in 2012, released a voluntary Code of Corporate Governance for the telecommunications sector, but commenced a mandatory implementation phase of the code from November 1, 2016, and decided to engage the stakeholders in a sensitisation workshop yesterday in Lagos, where the stakeholders raised their concerns about some areas of the code.

Some insisted that telecom organisations must maintain ethical values that allow shareholders and investors to have fair idea of the running of the organisation where their interests lie.

In the area of sanction, most stakeholders supported the idea to sanction any organisation that will not comply with the implementation process of the code, while some called for encouragement and education, instead of sanction. They all however commended the NCC for introducing reward for those organisations that will comply with the rules of the code. Other issues raised were risk management policy and whistle blowing policy.

The Executive Vice Chairman of NCC, Prof. Umar Garba Danbatta, said the sensitisation workshop was designed to engage all stakeholders and to get their feedback on the matter. He however assured the audience that NCC would collate all views and impute them during review of the document.

Giving reasons for the introduction of Code of Corporate Governance in the telecoms sector, Danbatta said the telecoms sector has contributed $68 billion to GDP in the past 16 years, which he said, stood at 9.8 per cent, not withstanding the impact of recession on investment flows. This, he added, is against the 8.5 per cent telecoms contribution in 2015 and the less than 1.0 per cent in 2001.

He however said in the past 16 years of telecoms revolution, many operators fell by the way side, largely to internal management issues than from technical challenges.
â€œAs we migrate, more towards knowledge economy and higher level economy infrastructure dependency on internet and ICT support services, it would no longer be desirable for such collapses to occur, hence the need to sensitise operators on those observed poor corporate governance practices which had contributed to failures in the past,â€ Danbatta said.

He added, â€œWe have as an industry, developed this code of corporate governance, which has since late 2016, become mandatory with a regime of compliance level monitoring instituted, and an enforcement framework developed. This sensitisation workshop is part of the Commissionâ€™s standard consultative approach aimed at securing wholesome industry buy-in.â€

Chairman, Governing Board of NCC, Senator Olabiyi Durojaiye, said the workshop was aimed at sensitising the industry and encourage ownership in implementation of the code. He enjoined stakeholders to support the initiative and reflect on the values and principles enshrined in the code. 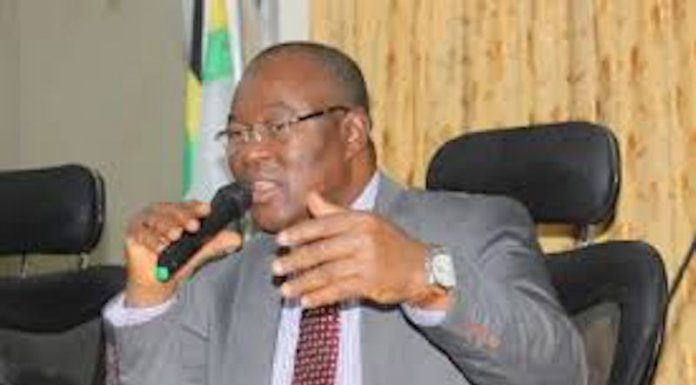