The Economic and Financial Crimes Commission (EFCC) Monday said it will not respond to the former Minister of Petroleum Resources, Mrs. Diezani Alison-Madueke, over her repudiation of the millions of dollars and properties allegedly traced and linked to her as proceeds of corruption in the course of her tenure as a minister.

The EFCC had through a Federal High Court in Lagos obtained a forfeiture order for about $153.3 million and/or of its naira equivalent, including properties in Lagos, Yenagoa and Abuja running into millions of dollars allegedly belonging to Alison-Madueke.

But Alison-Madueke, who served as a minister under the Yarâ€™Adua-Jonathan administration, had last week challenged the EFCC to provide evidence linking her to the said illicit funds and properties.

She argued that â€œin the face of the obvious falsification of facts and misinformation, it is only right and proper that the EFCC should provide the details of the $153.3 million lodgement, the bank account numbers and the account beneficiaries, showing proof of my link to themâ€.

Alison-Madueke had also queried the EFCC over properties located in Yenagoa, the Asokoro part of Abuja and Lagos purportedly linked to her.

On the Yenagoa properties, she contended that the said assets had already been declared in the asset declaration form for the Code of Conduct Bureau as a constitutional requirement before her assumption of office as a minister.

The former minister then accused the EFCC of peddling lies and propaganda, all in an effort to convict her before the court of public opinion.

But speaking to THISDAY Monday, EFCC Head of Media and Information Wilson Uwujaren said the commission would not join issues with Alison-Madueke, as it will not be in the best interest of ongoing investigations on the matter.
Uwujaren told THISDAY that her denial of ownership of the said funds and properties was immaterial, given that the time for such grandstanding had already elapsed.

â€œWhen we advertised the $35 million and the properties for two weeks, where was she then?â€ he asked.
â€œThe court has decided on the matter, there is no response to it. The matter is still under investigation and we have not finished the investigation,â€ Uwujaren said.

Asked about the questions raised by the former minister on the forfeiture of the said properties in Abuja, Yenagoa and Lagos, Uwujaren declined to comment and advised Alison-Madueke to head to court to defend herself. 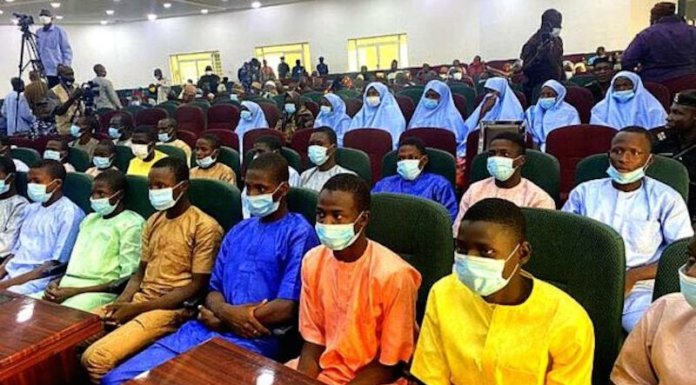