Tana Adelana, a multi-faceted personality, is known for her artistry in TV shows, movies, modelling and production. Recently, she was endorsed as the Ivory Beauty Soap Ambassador. Adelana tellsÂ Tosin Clegg,Â aboutÂ  her roles in movies, productions and modelling

Tana is an actor, producer and a TV Presenter

Starting out, I did a few things in 2005 on Flatmates and went on to be a TV presenter. After marriage and kids, I came back into acting in 2012. Once there is a vacuum you have to fill it in cautiously or un-cautiously. The industry was filled by the time I came back and realised I probably had to struggle a bit more and, being an entertainer, you have to be multi-faceted. As a TV presenter, you can vibe into anything and I started off as a model and later to acting. I realised the acting industry had a void to be filled so I just decided thatâ€™s where I wanted to be and I went back in.

Back then, I represented Channel O in the Big Brother Africa and Naija shows. I hosted the eviction shows and I was the representative of the Big Brother West Africa show for three years consecutively. Also, I had a show on MTN, Mnet letâ€™s dance, Peak Talent show and we ran that for a couple of seasons as I was a presenter for the show. Itâ€™s a lot I did back then but I worked closely with Multi Choice and Mnet.Â

You may not place the name and the face because I am more of an introvert than an extrovert but, yeah, when you hear my name you will know me, because I have done a lot of work and paid my dues. I wouldnâ€™t want to blow my horns but I am a good actor and I take pride in what I do. I train myself and try to be the best I can be which means that for every script I get, I try to be better than I was because you are only as good as your last job. So yeah, if you do that consistently, then your stake is going to be there.Â

Hanging Out with Big Players

I have acted with a lot of people such as Rita Dominic, Ramsey Noah, Richard Mofe-Damijo, basically almost every major name. Also, I was on Hush which was an Mnet production that ran for about a year. I did â€˜Three Is a Crowdâ€™ for Iroko, The Kingdom, Single, Married and Complicated and a lot more.

I got a phone call asking if I can come to the office to discuss something and I went. Obviously, we discussed and shared the same vision so it made it easy for us to work. I chose to go ahead with Ivory because, like I have always said, Iâ€™m not a fan of using a lot of harsh products on my skin and thatâ€™s because I want to age gracefully and look back after twenty years and still be proud of my skin. All that, take it or leave it, comes down to how you have treated your skin because if you nurture it, then it would give you the best.Â

So, I went ahead with the endorsement because Ivory is a completion maintainer and not a bleaching soap. If it was a bleaching soap I probably wouldnâ€™t be attached to it.Â

Â As a woman, you have your voice and lots more, so using Ivory is going to improve all that and more.Â

Sometimes, itâ€™s painful because you know how much work you have put in, dedication to what you do and your craft, but itâ€™s also good to know God is not asleep and when itâ€™s time, itâ€™s time and you canâ€™t push it or force it.Â

If you do, you come falling like a pack of cards. Itâ€™s my time and itâ€™s what God has said and thatâ€™s whatâ€™s happening.Â

This was a challenge, but Iâ€™m glad everything is changing right now. Iâ€™m sure if you ask nine out of 10 actors, they would probably say the same thing. Generally, people need to understand that acting is a serious industry and that it is as serious as any professional work you see.

It is serious business because when you come back home, one of the few things you do is to put on your TV or radio because you need to be entertained.Â

We are doing that work to entertain you and people need to understand this, which I would regard as a challenge.Â

Itâ€™s called, Uncensored with Tana Adelana. I put that on hold for a little while because I got busy with work and scripts coming my way. Also, Iâ€™m working on producing a short film and a feature length film. My short film will talk about domestic violence because I strongly speak against it as you have no reason to touch a woman. Whether a woman or man honestly. Love doesnâ€™t have to be violent and thatâ€™s what I want to preach. Iâ€™ll then do a feature length film subsequently.Â

There is the mental violence and emotional torture. So much really is surrounding violence, so even if you cannot beat a man and you say things that are awful, it can drive a man to suicide or to something they originally wouldnâ€™t do.

Â It may not be physical because we know men are naturally stronger than women, so when it comes to physical, itâ€™s man to woman but psychological are mostly women to men.Â

I work hard, pray hard. Take each day as it comes and also I work really hard and I know that when you do, success is certain. So, work hard and smart and I knowÂ in five yearsÂ time, the sky will be the starting point.Â

I donâ€™t Put Husband and Kids on Social Media

Everyone who knows me know I donâ€™t. I try to keep them away from the market. Itâ€™s my career and not theirs so itâ€™s unfair to have people judge them based on what they see on my page and not who they are. So, thatâ€™s my secret; I donâ€™t put them out there. I try to keep my private life, private. I just give people a little bit of what I want them to see.Â

It may work for you and it may not. Itâ€™s whatever rocks your boat and it works for me, so I keep it that way. I have been married for 10 years and itâ€™s been fantastic and, donâ€™t get me wrong, every marriage like mine has its ups and downs but it all depends on how you manage it, as there is no perfect marriage.

Â Even Joseph and Mary didnâ€™t have a perfect marriage but they made it work and if you want it to work you make it work.Â

I Play Candy Crush and Swim

Also, I talk to my cousins and do Yoga too. And the most expensive thing I have ever bought is a plot of land. One thing I canâ€™t leave home without is definitely my phone and I canâ€™t go out without it. My favourite beauty brand is Ivory thatâ€™s number one and my clothe brand is The Generals by Nikita and my favourite shoe brand is Gucci, as they are cute and comfortable. For bags Channel and perfumes, I like Marc Jacobs and more.Â 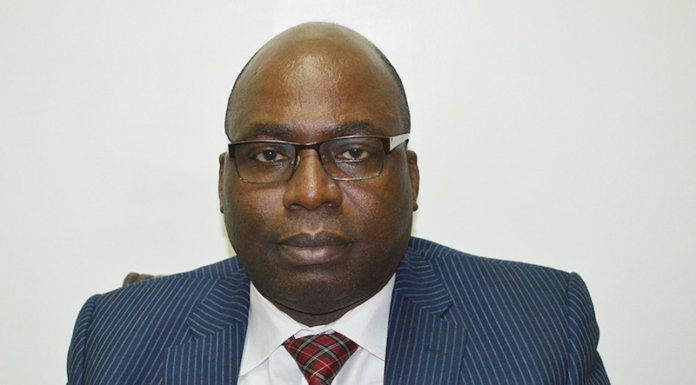