A Director at the World Trade Organisation, Mr. Keith Rockwell, in this interview with Obinna Chima, during a regional dialogue on challenges of the multi-lateral trading system in West Africa, stressed the importance of economic integration and multi-lateral trade for Nigeria as well as other countries across the globe

What is the future of multi-lateral trade globally?

Multilateralism is essential because the problems of the world today are global in nature and requires global solution and global cooperation. No country, no matter how big or powerful, can solve all these problems on its own. Whether it is trade or economic development, climate change, combating disease or whatever it might be, we need to have people working together. For example, look at fishery.

We know that global fish stocks are being depleted at a pace that is not sustainable and we know that part of the reasons for this is that the fishery capacity is too big. One of the reasons for this is that some governments have been giving subsidies to fishing fleets. We are not talking about small or artisan fisheries or people who have small vessels and go out with their net. That is not going to lead to a global depletion of fish stocks. We are talking about industrial fishing fleets. You canâ€™t solve something like that bi-laterally; you canâ€™t even solve it regionally or even continentally. You need a global accord. That is an example.

Agricultural subsidy is a similar example. Really, the only place to deal with that is the World Trade Organisation (WTO). That doesnâ€™t mean there isnâ€™t an important role for regional groupings like ECOWAS to play. Particularly in Africa, there needs to be a tremendous effort made to enhance regional cooperation. Intra-African trade is only 15 per cent, which is so much lower than every other part of the world. And what is impressive to me is that the governments in all 55 African countries are fully aware of this. They know this! That is they are making big efforts, whether it is regionally or across the continent with the continental Free Trade Area (FTA), to try and bring people closer together.

Our trade facilitation agreement is going to help with it because it eliminates a lot of the bureaucratic entanglements that have made it difficult for people to move things across borders â€“whether it is goods, services or people. And in the next part of the world, that is something that everyone recognises. The issues that are politically in Geneva, at the WTO, are also difficult regionally too. Agriculture is politically very sensitive and it is not just sensitive at the WTO.

You talk about trade agreements within Africa and countries get very concerned about how one countryâ€™s agriculture policy may impact on their farmers. This being said, unless there is a greater push to have closer regional integration, it is hard to imagine West Africa reaching its full potential because there would be economies of scale. We have been talking about how to generate greater value addition from your products. There is an abundance of natural resources in Africa and that is fine. The problem is that Africa exports these raw materials to industrial countries that turn them into finished products and sell them back to Africa. And when you do that, basically all the value added takes place somewhere else.

While not instead of focusing on harvesting timber for export, harvest the timber and then train people, get artisans, carpenters or even craftsmen to then them into planks. You can turn them into furniture, make tables, chairs and other things out of wood that can be sold in the domestic market or export it. Maybe the way to do that is to ensure that you have closer regional integration. Somebody producing clothing, there is lots of cotton around Africa. You can use that to make suit and dresses for exports. African clothing is popular around the world.

In the meantime, you can employ numerous people in the process of turning that cotton into shirts, suit or whatever it is. You can go down the line whether it is turning cocoa into processed products, whether it is chocolate bars, coffee or whatever it is. The skills for these particular things are in different countries in the continent. Africa has been the fastest growing continent over the last six years and the projections are that it is going to be the fastest growing over the next 20 years. So, letâ€™s see if we can find ways to channel this energy into a productive means that leads everyone to work together. That goes even beyond the economics and development experts. If you get people working together, you build stronger international relationship and that is the way to do things.

How would you rate Nigeria in terms of WTO Agreements?

In terms of the agreements, Nigeria has ratified all its elements of the trade facilitation agreements. Nigeria was one of the first African countries and indeed one of the first WTO members to ratify its agreements and is putting in place already these provisions. Once the agreement came into force, Nigeria was right there and ready to take advantage of the rules and putting in place systems to make the Nigerian economy operate more efficiently. It is a question of removing barriers of all kinds, including psychological barriers or dimensions. If you make things difficult for people, they are not going to go into trade. Instead of 50 documents to move some goods, why not make it just 10? And it should be possible to get all the documents you need from one place and you should be able to do that in one hour and facilitate trade. No one should be limited by his locality. So, I think that everyone know that there are great talents within the Nigerian economy. You have a lot of young, brilliant and dynamic entrepreneurs, but the question is making sure that they have all the opportunities to thrive

What are the barriers to the growth of intra-African trade and how do you think they can be addressed?

Frankly speaking, West Africa is the most hindered. From what I can understand, language is part of the problem. In East Africa, everyone speaks English, but here (West Africa), you have English, French and Portuguese, which is a challenge. I think the legacy of colonialism is still a shadow over the way people operate. Imagine, I learnt that the get from Lome to Abidjan, you have to go through Paris. There is also the currency issue. Nigeria of course is the biggest power in the region and closer integration would require, for sure, the leadership of Nigeria. Of course, if you are the big guy on the bloc, that has advantages, but it also has disadvantages, because everyone looks up to you. And the more there is integration, the more the power of Nigeria would be felt everywhere. But it gives Nigeria the opportunity to reach into markets that it hasnâ€™t been walking into and it gives you that broader perspective. By doing that, you create the synergy and dynamic situation, especially in this part of the world that the potential is fantastic. So, anything that we think we can do to help, we think it is important.

e-Commerce appears to be changing the face of trade globally. How is the WTO responding to this in terms of regulation?

This is a very question because memberships are not on agreement on this. The African group and many individual countries are concerned about moving too quickly on e-Commerce. Many countries â€“ developing and developed countries â€“would like to see the WTO reach an agreement on a set of rules. That is because right now, the amount of trade being done electronically is huge and Nigerians are particularly brilliant at knowing how to do things digitally. You can imagine the potential and you donâ€™t have rules. Cross-border activity is always going to be complicated.

So, there are rules about localisation of your data servers, some have expressed concern about privacy and consumer protection and there are different views from the United States to Europe. In Africa, the concern is about the digital divide and that they donâ€™t have same capacity as the advanced countries and there is the concern and worry that they would be asked to participate in some agreement where they do not have the resources to be able to put in place any agreement that might emerge. So, the other side of that of course is that if others go ahead and negotiate something plural-laterally, then you have rules in place which African countries have not been involved in shaping. So, there are two sides to the story.

But I think regardless of the position of a country, what is absolutely clear is that more resources need to be dedicated to the digital infrastructure in Africa. Talk of mobile phones for instance, if you think about 20 years ago, you wouldnâ€™t have had one. I would have had to reach you on the landline and I wouldnâ€™t have reached you. Now, I call my friends in Nairobi, Cape Town, Dares Salam, and we talk all day. In Kenya, Nigeria, people use their phones to make payments, which is ahead of what most developing countries do. We do have such in Switzerland! The use of phones here (Africa) is really advanced. My own view is that a contribution from Africa, to the discussion on e-Commerce is very important. I think most people are prepared to discuss, but there is the concern of going the next step to law making. Africa is the centre of gravity for the WTO and nothing happens on a multilateral level in the WTO, without Africa. 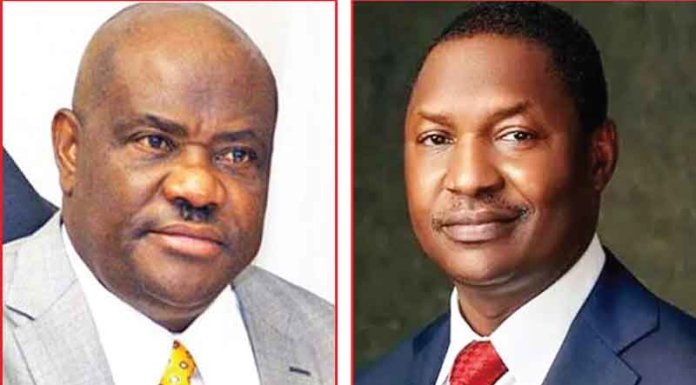