Oil workers under the aegis of the Petroleum and Natural Gas Senior Staff Association of Nigeria (PENGASSAN) and the Industrial Arbitration Court (IAP) have disagreed over the picketing of ExxonMobil by the workers, which may enter the second week today, if the aggrieved workers implement their weekend threat to embark on total withdrawal of services.

THISDAY however, gathered that the unionâ€™s lawyers have advised the workers to obey the IAP order prohibiting lock-outs and strikes, pending the hearing and determination of the dispute within 21 days as provided under Section 13 of the Trade Dispute Act Cap T8 Laws of the Federation of Nigeria 2004 (TDA).

PENGASSAN had embarked on the picketing of ExxonMobil offices in Lagos, Port Harcourt and Eket to protest the alleged sack of 83 of their members in December 2016.

Though the Minister of State for Petroleum, Dr. Ibe Kachikwu, had intervened and halted the disengagement of 10 of the affected employees, the workers alleged that the company later went ahead to issue the 10 workers, who are mostly union leaders, with separation letters.

But the company clarified that some of the 10 employees were merely suspended for one month for the company to investigate their roles in the destruction of company property and threatening of the lives of other employees during the December 2016 strike.

Relying on the powers conferred on him by Section 9 of the Trade Dispute Act Cap T8 Laws of the Federation of Nigeria 2004 (TDA), the Minister of Labour and Employment, Dr. Chris Ngige has referred a trade dispute Ref. ML.HB/7728/111/265 vide an instrument dated May 12, 2017 to the IAP for determination.

THISDAY gathered that Ngige referred the matter to the IAP after the oil workers shunned several meetings convened by the minister to address their grievances.

In a letter addressed to the Managing Director and Lead Country Manager of Mobil Producing Unlimited, with reference number: IAP/HB/3896, and dated May 16, 2017, the Chief Registrar of IAP, acknowledged that the labour minister had referred the dispute to the IAP.

It was also learnt that the IAP subsequently issued an order prohibiting lock-outs and strikes, which the oil workers disobeyed.

The Chairman of the IAP, Arbitrator Dunama Azura said he relied on the powers conferred on him by Section 9 (3) of the Trade Dispute Act to constitute a three-man tribunal to hear and determine the dispute within 21 days in compliance with Section 13 of the Act.

â€œIt is hereby ordered that the parties by the powers granted the tribunal under Section 18 (1), (2) and (3) of the Trade Dispute Act be and are hereby restrained from embarking on any lock-outs and strikes, pending the determination of this dispute,â€ Azura said.

But the ExxonMobil branch of PENGASSAN at the weekend issued a letter, ignoring the order of the tribunal and directing the workers to withdraw totally from all the companyâ€™s locations.

â€œFollowing the breakdown of all engagements to resolve the contending issues, you are therefore, directed to withdraw services totally from all locations effective immediately. The struggle continues and we will stop at nothing to get our members their deserved welfare,â€ said the letter, signed by the Branch Secretary, Comrade Anietie David Udoh.

THISDAY however gathered from one of the unionâ€™s officials that their lawyers had advised them to withdraw the letter and obey the order of the IAP. 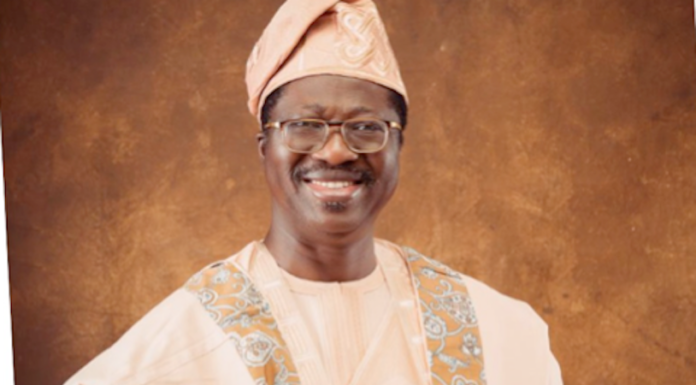