The National Security Adviser (NSA), Maj-General Babagana Monguno (rtd), has said he informed President Muhammadu Buhari about the National Intelligence Agencyâ€™s (NIA) covert operation that went awry with the discovery of over N13 billion in an apartment in Lagos last month.

Monguno knew about the covert operation which took part in its gradual advancement and expressed the satisfaction of not only himself but that of the president over the diligence and professionalism of the NIA personnel executing the intelligence projects.

â€œDetailed brief of this exercise was rendered to the President and Commander-in-Chief of the Armed Forces who expressed satisfaction with your agencyâ€™s foresighted disposition on development of its critical infrastructure,â€ Monguno had said in a letter to the Director-General of the NIA, Ayodele Oke.

The May 17, 2016 ,correspondence – with reference number: NSA/332/S – was written to Oke as part of the of NSAâ€™s oversight activities concerning the agency covert operations which was already underway at the time.

Three months earlier, Monguno, according to Premium Times, Â had raised a three-member panel to inspect the projects the NIA was undertaking as part of the clandestine operations approved by former President Goodluck Jonathan.

In its report to the NSA on February 29, the team expressed satisfaction with the level of progress on the overt and covert projects, which have a budget of $289 million.

The panel, which Monguno described in a document as having conducted â€œa comprehensive inspection of the NIA projects both in Lagos and Abuja,â€ was led by Adeyinka Famadewa, a Brigadier-General in the Nigerian Army with specialisation in military intelligence.

The new details now before the presidential committee probing the #IkoyiMoney controversy appear to have clarified the controversy surrounding the source of the recovered funds. They also seem to have rubbished insinuations that Oke did not brief Buhari and Monguno about the projects.

Although Monguno did not openly deny knowledge of the operations and projects, several presidency sources have suggested that neither the NSA nor the president was briefed about the $289million released to the NIA or the projects being executed with it.

Buhari also indicated that he did not know about the operation when he suspended Oke from office and set up a panel to investigate the â€œcircumstances in which the NIA came into possession of the funds, how and by whose or which authority the funds were made available to the NIA, and to establish whether or not there has been a breach of the law or security procedure in obtaining custody and use of the funds.â€

Incidentally, the three-man panel led by Vice President Yemi Osinbajo also included Monguno and Attorney-General of the Federation (AGF) and Minister of Justice, Abubakar Malami, is the third member of the panel, which was set up on April 19.

The panel has since concluded its sitting and announced that its report would be presented to the president today, May 8.

During his first visit to the NIA headquarters on May 5, 2016, Monguno expressed delight at the activities of the external intelligence service and made particular reference to the $289 million operation.

â€œOn the occasion of my maiden visit to the NIA since assumption of official duties as NSA, I am extremely delighted by the warm reception and hospitality shown to me by the DG, NIA,Â  Oke, the quality of works in progress is notably breathtaking but very inspiring also.

â€œAll the facilities being constructed have demonstrated that the NIA is far ahead of its sister agencies in terms of foresight and dealing with 21st century intelligence issues.

â€œIt is my fervent prayer that the NIA achieve all the goals it has set for itself so that all other institutions of government, particularly the intelligence community, will bring about the desired change for this great country,â€ Monguno wrote in the NIA visitorsâ€™ book on May 5, 2016.

After conveying the commendations of the president in his May 17, 2016, letter to Â Oke, Monguno informed the NIA DG that â€œthe Office of the National Security Adviser (ONSA) shall henceforth take on the task of verifying the current state of the projects and associated records.

â€œIn the content of these oversight functions, the NIA is hereby required to avail the NSA bi-annual updates on these projects until their completion.â€

Presidency sources had earlier said Buhari learnt of the NIA projects during the work of the presidential committee that audited equipment procurement in the military which was led by John Odey, an air vice marshal.

The source said Oke approached Monguno and intimated him of the $289 million approved by Jonathan in 2014 for â€œthe development of critical security infrastructure and covert operations.â€

He said the NSA requested a report about the money and what it was meant for.

â€œWhen the NIA submitted his report to the NSA, he (NSA) set up a three-man panel to investigate the claims made by Oke,â€ he said.

The NSA also said Oke listed about nine projects that were being carried out by the NIA across the country.

Our source said Oke provided a detailed breakdown indicating all payments made and outstanding sums, adding, â€œthe calculations based on the tabulation gave an exact balance of the $289 million that was approved by the former president.â€

The source said Â Famadewaâ€™s panel also submitted its report to the NSA for onward disclosure to the president.

â€œUpon receiving the report, Mr. President said it is normal and directed the NSA to take responsibility and to also have oversight over the projects,â€ the source said.

However, another source involved in the investigation said the N13 billion is part of the $89,298,792 Oke had reported to Buhari as cash at hand.

The source, who asked not to be named as he was not authorised to discuss the matter with journalists, said the NIA moved the money from one of its Lagos safe houses to the Ikoyi apartment when the safe house was being renovated.

â€œThe movement (of the money) is a standard procedure in clandestine security operations. It was necessitated by the renovation in the safe house,â€ he said.

â€œUnfortunately, inter-agency rivalry made the EFCC ignore the early warning the NIA gave it to abandon the search after it started,â€ the source said.

A former External Affairs Minister, Prof. Bolaji Akinyemi, recently cautioned the federal government on its handling of the current probe.

â€œExternal intelligence operations do not belong into the same security genre as domestic security forces such as the DSS, EFCC and the police,â€ Akinyemi, who was in office from 1985 to 1987 and supervised the NIAâ€™s operations, said in a statement last week.

The anti-graft agency said it acted on information provided by a whistle-blower.

A day after the news of the recovery dribbled around the country, the EFCC approached the Federal High Court in Lagos for a forfeiture order.

Justice Muslim Hassan of the Lagos Division of the Federal High Court granted the anti-graft agencyâ€™s request and gave any potential claimant until May 5, else the entire N13 billion would be permanently forfeited to the Nigerian government.

On April 14, according to presidency and security sources, the NIA admitted owning the money, saying it warehoused it in the Lagos apartment for an operation it was conducting.

Our sources said Oke, the NIA director general, had approached Magu to request EFCC operatives who broke into the apartment to back down while the operation was still underway, but the EFCC boss refused his request.

Oke had confirmed that the money belonged to the NIA in an April 14 interview, but declined requests to disclose what it was meant for, saying â€œYou donâ€™t expect me to tell you that.â€ 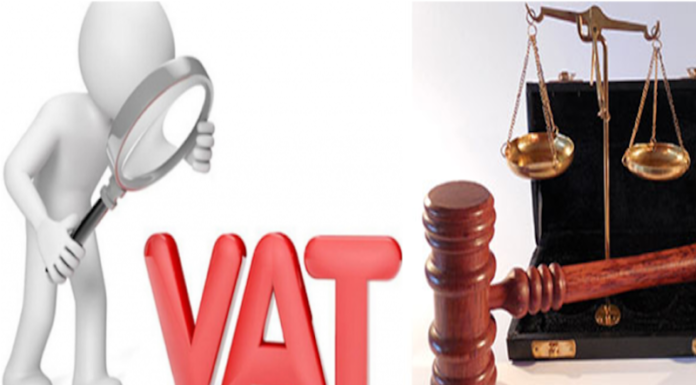