â€¢Â  IPOB names Fayose honourary Biafra governor, commends Soludo, Chidoka, others
By Olawale Olaleye in Lagos and David-Chyddy Eleke in Awka
Interesting details have emerged on how the Deputy Senate President, Senator Ike Ekweremadu, in a space of 48 hours, rallied Igbos of different social strata nationwide to meet the bail conditions handed down by Justice Binta Nyako of the Federal High Court, Abuja to secure the release of the leader of the Indigenous People of Biafra (IPOB), Mr. Nnamdi Kanu, who had been held in detention for nearly two years for alleged treason.
Kanu, alongside David Nwawuisi, Benjamin Madubugwu and Chidiebere Onwudiwe were arrested in October 2015 by the federal government for alleged treason.

In the course of his detention, Kanu was granted bail by a court, but the order was disobeyed by the federal government which moved him from his detention cell at the Department of State Services (DSS) to Kuje Prison on the outskirts of Abuja.
But Justice Nyako last Wednesday granted bail to Kanu under very stringent terms, resulting in an outcry by members of IPOB, civil society groups and his family, who argued that they might not be met and were a violation of his rights to free speech and freedom of assembly.
The terms included three sureties, one of whom must be a serving senator, a Judaism religion leader, and a highly respected person. All three sureties were required to own landed property in the Federal Capital Territory (FCT), with the sum of N100 million each.
She also warned Kanu against granting press interviews, holding rallies or being in a gathering of more than 10 persons while on bail, threatening to revoke his bail if he flouted any of the conditions.

She, however, denied Kanuâ€™s other colleagues bail.
But immediately the bail conditions were reeled out, Kanu last Wednesday rejected his release on the grounds that his colleagues must be released alongside him.
He was also of the view that his right to speak freely had been infringed upon by the order of the court.
He was, however, prevailed upon by prominent Igbo leaders to accept the bail. They also advised him that he would be better off appealing the bail terms gagging him from the outside rather than in the custody of the Nigerian Prison Service (NPS).
They also promised that they would meet with Ekweremadu to reach out to other Igbo prominent leaders, businessmen, traders and professionals to raise the money in a matter of hours to meet the bail terms.
Once Kanu accepted, his lawyer issued a statement that same evening denying that his client had rejected the bail, thus paving the way for Ekweremadu to rally other Igbos to help Kanu regain his freedom.

Ekweremadu was said to have quickly rallied several prominent Igbos to his Abuja home for a meeting to discuss how to meet the bail conditions and get Kanu out of prison.
According to a source who was privy to the meeting, Ekweremadu who is arguably Igboâ€™s leading light and highest political office holder, was said to have descended heavily on the prominent Igbo sons and daughters and tongue-lashed them for abandoning Kanu at a very critical period.
He condemned the fact that on the day Justice Nyako ruled on Kanuâ€™s bail application, no prominent Igbo person was in court apart from the Ekiti State Governor, Ayodele Fayose, and a former Minister of Aviation, Femi Fani-Kayode, both of whom are Yoruba.
Subsequently, he informed them that as a face-saving measure, Igbos must raise the funds needed to bail out Kanu immediately.
The source said one of the senators of South-east extraction who was at the meeting said he was ready to bring the N100 million ordered by Justice Nyako, but was concerned about the prying eye of the Economic and Financial Crimes Commission (EFCC), which is at daggerâ€™s drawn with the Senate and has already been accused by some senators of harassing them.

On this basis, those at the meeting decided that they would all reach out to Igbo traders and businessmen, professionals, politicians and other leaders in the country to raise the N300 million immediately.
Having agreed to the strategy, dedicated account numbers were immediately sent to several Igbos nationwide, especially those in Abuja, as they are believed to contribute up to 40 per cent FCTâ€™s gross domestic product (GDP).
The source revealed that once word was sent out for donations, the amount needed was raised with proper accounting of who gave what for record purposes.
It was also not difficult to get a Jewish religion leader since a few Igbos consider themselves Jews and have long converted to Judaism.
Once the funds were raised and other bail conditions met, it was the former Minister of Aviation, Mr. Osita Chidoka, who was said to have sent his Mercedes G-wagon SUV to convey Kanu in a motorcade from prison on Friday.
Interestingly, Kanu, while in detention, converted to Judaism, making it easy for a respectable Jewish religious leader to come forward and stand as surety for him.
THISDAY also learnt that the federal government might have decided to obey the court order this time around, because it was belatedly realised that Kanuâ€™s prolonged detention had turned him into a hero among several Nigerians of Igbo extraction.
This was evident in recent weeks when prominent Igbos such as a former Central Bank of Nigeria (CBN) governor, Prof Chukwuma Soludo, Prof. Patrick Utomi, former Governor Peter Obi, among several others called for Kanuâ€™s immediate release.
Prior to the call, Kanu, who two years ago had absolutely no name recognition even in the South-east, was mostly supported by jobless Igbo youths and petty traders in the South-east and some South-south states.

However, with his continued incarceration, the government as a result of its own doing, brought him to the publicâ€™s consciousness such that prominent Nigerians from different creeds and ethnic backgrounds visited him in prison, including officials of the British High Commission. Kanu holds a British passport in addition to his Nigerian passport.
Ironically, Kanuâ€™s so-called agitation for the realisation of Biafra and personal attacks against President Muhammadu Buhari did not start with the present administration.
Kanu was equally a thorn in the flesh of former President Goodluck Jonathan, but the ex-president had ignored, pretending that he did not exist.
But Buhari, with his thin skin, said a source, brought him to prominence by incarcerating him and adjudging him guilty when a court of competent jurisdiction had not done so.
In fact, former President Olusegun Obasanjo was once reported to have advised Buhari to ignore Kanu and face the business of governance but Buhari, who seemed to have a personal resentment for Biafra declined his advice and made Kanu the star that he is today.
Fayose is Honourary Biafra Gov
In a related development, the Ekiti State governor has been named a honorary governor of Biafra Republic for his show of courage last Wednesday when Kanu was granted bail.
IPOB, in a statement on Sunday by its media and publicity secretary Emma Powerful, said it acknowledged the contributions of Fayose who did what no South-east or South-south persons had the courage to do.
The group also commended former aviation ministers, Osita Chidoka and Fani-Kayode, Professors Soludo and Utomi, Senators Ekweremadu and Enyinnaya Abaribe and others for their support in the struggle and the release of its leaders.
The statement said: â€œWe are not unmindful of the positive role played by some individuals at various stages of the process to release our leader.
â€œOn this note we wish to commend some South-east and South-south political leaders, especially those that exhibited rare courage to openly identify with the plight of our leader and the need to free him from detention.
â€œWe appreciate Prof. Nwala of Ala-Igbo Foundation, Tochukwu Uchendu, Eastern Consultative Assembly (ECA), Igbo Women Assembly (IWA), Igbo Youth Movement (IYM), the Uchenna Madu-led MASSOB.
â€œWe are eternally grateful to the insightful analysis of Mr. Goddy Uwazuruike of Aka Ikenga on national television that turned the tide of public opinion on this case. We also thank Mr. Ifeanyi Ejiofor and the entire legal team.â€
The group also vowed not to abandon its members who were not released alongside Kanu, saying that it will stand by them â€œthrough and throughâ€.
It also called on international organisations to prevail on the Nigerian government to ensure their release.
The group also stated that the release of its leader would not dampen their quest for the independence of Biafra. 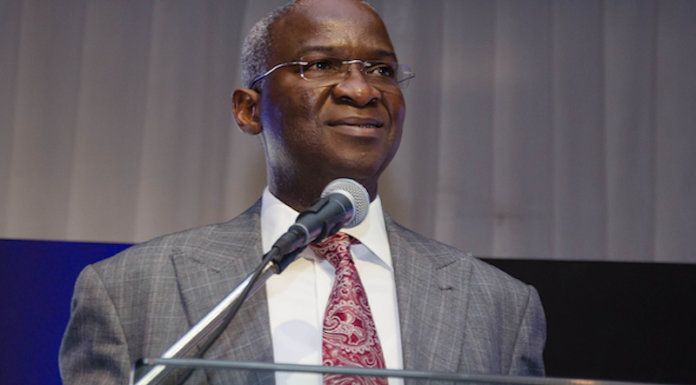