Justice Saliu Modibo Alfa Belgore, attained the peak of the legal profession by becoming the 11th Chief Justice of the Nigeria but that trajectory would have probably been truncated if the eminent jurist had followed his heart by studying medicine against the advice of his family. He reminisced on this aspect of his life when he joined the octogenarian club recently. Olawale Ajimotokan reports

The family is a special vessel in the life of the African child. It is the family that guides and nurtures the child from infantile excesses and ensures that the right morals and set of values are inculcated in him through adolescence and passage of time.

Literally the role of the family is espoused in the earthly course of the former Chief Justice of Nigeria, Justice Saliu Modibo Alfa Belgore.CON, GCON. It was the family that steered his destiny on the path of law away from his childhood ambition of wanting to become a medical doctor.

The young Alfa, who was born on January 17, 1937 into the Belgore royal family of Ilorin, Kwara State, exhibited scholarly promises as a student in virtually all aspects of the sciences- mathematics, arithmetic, geometry, physics and algebra.
He was raised by the extended family as it was then customary. He grew up in the palace when his great uncle Abdulkadir Dan Bawa, who ruled from 1919-1959 was the Emir of Ilorin.

While giving accounts of his growing years during his 80th birthday celebration graced by the crème de la creme of the society at his residence in Abuja, Belgore recalled he only started schooling at the Okesuna School in Ilorin when he was seven years old. The delay was informed by his non-admission into the elementary school at the age of five as his hand was yet to reach his ear.

He finished his primary and middle school education in Ilorin and was to go to Kings College, Lagos for his secondary school education. But the Emir objected because two of Belgore’s uncles who schooled there, though did well, but when they got to class four, they were found to be playing polo and were being introduced to drinking.

He was admitted to Ilesha Grammar School in 1952 on the advice of the famed educationalist, Reverend Ransome-Kuti. It was after he finished secondary school education and had to decide on career prospect that he ran into collision course with his family.
“There arose a dispute after my secondary education because I wanted to be a doctor but the family insisted I must study to be a lawyer. We argued for about two years before a nice old friend of mine interceded and convinced me to study law,” Belgore recalled.

The peace happened to be Dr. Abdulkadir Oniyangi, who retired as Secretary to Kwara State Government.
The young Belgore and his childhood friend, Umaru Sanda, who was educated at Government College (later Barewa College, Zaria) and was later enthroned as the Etsu Nupe, both wanted to study medicine.
“My ambition was not to study law, not that I hated law but I planned to study medicine, but Dr. Oniyangi, the Secretary to Kwara State Government, dissuaded Sanda Umar and me from studying medicine. I did well in all the science subjects in school certificates and maths but they insisted I must study law and their insistence forced me to move to one village called Molete,’’ Belgore recalled.

He finally gave in to pressure to study law after further persuasion by the then District Head in Ilorin, who was his cousin in the family chain.
The decision then turned up to be a life-changer as he left for England in 1960, where he enrolled at the University of London for his Law degree. The same year his father, Alkali Yusuf Belgore died.
He was called to both the English and Nigerian Bar in 1964 and upon his return home was appointed Chief Register for the whole North before he was elected president of the Magistrates’ Association of Nigeria in 1971 and later an Acting High Court Judge in 1973.

Initially he was not too disposed to the idea of being appointed a judge when he was offered. The then Head of State Gen. Yakubu Gowon signed off his employment letter as a judge in 1974 when he was confirmed as High Court Judge and served in Kaduna, Kano, Sokoto, before he posted to Jos in 1977.
At a point in Jos when his judicial career was still evolving, Belgore confessed he toyed with resigning and doing something else after he spent more than the stated two months on the bench.

Eventually he spent six years on the bench culminating in his appointment as Chief Judge of Plateau State.
He was elevated to the Federal Court of Appeal two years later when he was posted to Enugu. But in 1986 while in Benin, he rose to the pinnacle of his career when he was elevated to the Supreme Court, the country’s apex court in 1987. He was on the bench for the next 21 years until his appointment as the Chief Justice of Nigeria in June 2006 by the former President Olusegun Obasanjo.

Some of his landmark imprints include Impeachment Procedure Rules, increased conferees of the Silk Robe Procedure, Discipline of Erring Judges, Justice Sector Reforms which include simplification of Rules of Courts and Unification of Criminal Justice Administration and Rules of Evidence.
He retired after only six months on January 17, 2007 to make his tenure the shortest for a chief justice of Nigeria and to end his 43 years of meritorious public service.

He is a Life Bencher of the Nigerian Body of Benchers as well as the Inner Temple of London.
‘’Ever since I retired I have been living my life quietly. I have my happiness which is the best thing, the best way to have happiness is to fear God and do things correctly,” he said.

In a congratulatory message to the jurist to commemorate his milestone, President Muhammadu Buhari noted that the achievements of Belgore while in service and his deeds had culminated in the prestigious national awards of the Commander of the Order of the Niger (CON) and Grand Commander of the Order of the Niger (GCON).
Buhari said Belgore’s passion for jurisprudence would continue to inspire the younger generation of lawyers in making the right choices for nation building.

He recalled the octogenarian’s versatility in issues of culture, language and history, plus his penchant for research.
President Buhari noted that the former Chief Justice, who was also Chairman of the Federal Judicial Service Commission, had already booked an honourable place in the history of Nigeria.
The Minister of Information and Culture Alhaji Lai Mohammed described him as a man who has a verse knowledge of Nigeria and an asset to the country.

“When you see a man like that who has been privileged to have served Nigeria in many capacities, and who has mentored many people and he is still alive today, we can all tap from his wealth of experience,’’ Mohammed said.
A former Minister of Environment and Housing Mrs. Halima Tayo Alao also lauded Belgore, describing him as a man of honour, excellence with a high sense responsibility. 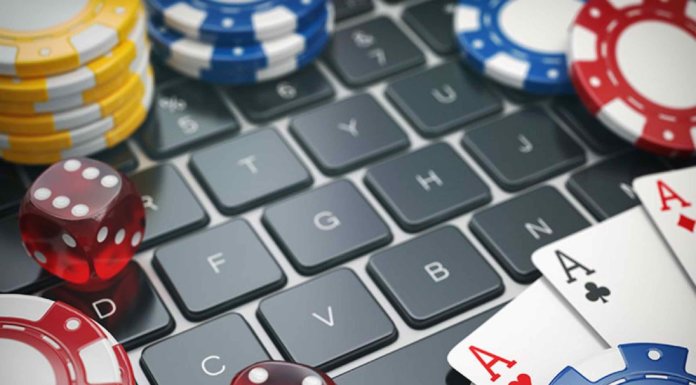