Allan Gray Ltd., the largest manager of non-government investment funds in Africa, has increased its stake in Zenith and Access Banks.

The South African investor, based in Cape Town, is betting on Nigeria’s banking industry despite poor performances by the oil companies it depends on and widespread calls for the naira to be further devalued, reported Bloomberg yesterday.

He didn’t say how big the holdings are or how many shares his company had bought in each of the banks.

“We see a lot of value in Nigerian banks,” Lapping said. “Most people think they’re all going to zero because of the bad debts. We think they will survive” because high interest rates make the banks profitable and they have less debts to equity compared with European lenders, he said.

Access Bank’s Chief Executive Officer, Herbert Wigwe said last month that the bank’s non-performing loans were expected to climb to “slightly below 3 per cent of total loans by the end of 2017”.

That compares with 2.1 per cent for the nine months through September.

The banking industry is under stress in Nigeria, where the economy was in a recession during 2016.

Non-performing loans escalated to almost three times the regulatory maximum and foreign investors are calling for authorities to boost flexible trading of the naira before putting more money into the country.

An oil price at half its 2014 levels, combined with sabotage and attacks on oil installations that have cut output, has limited dollar supplies in the country, which vies with Angola as Africa’s largest crude-oil producer.

The bad-debt ratio at Nigerian banks rose to 13.4 per cent last year. The naira was devalued in June and traded at 315.50 to the dollar by 6.53 a.m. in Lagos yesterday, while the unofficial, black-market rate was 507 naira to the dollar.

The official exchange rate should fall to 370 by the end of the year, Craig Metherell, an analyst at Avior Capital Markets Ltd. in Cape Town, said in a February note to investors. Investors are frustrated by central bank policies, he said.

“Dollar illiquidity and the inability to predict the central bank’s decisions remains a constant deterrent to dollar-based investors,” Metherell said. “While we argue that valuations look cheap, we find it difficult to justify investing new money given the current status quo.”

But Allan Gray isn’t the only investor that’s interested in Nigerian lenders.

Diamond Bank Plc, Sterling Bank Plc and Wema Bank Plc were among mid-sized Nigerian lenders that plummeted more than 40 per cent last year as the domestic economy performed the worst since the 1980s.

“Everyone thinks the naira is going to weaken, but I’m not so sure,” Lapping said. “The bad-debt problem can cure itself over time.”

Nigerian banks are also attractive because of their small size — in an economy that vies with South Africa as the continent’s largest — adds to their growth potential, while lending as a proportion of equity remains low at 3.5 times, Lapping said. Still, the industry’s exposure to oil remains a concern, he said.

Guaranty Trust Bank Plc, Nigeria’s biggest bank by value, has a market capitalization of N715 billion ($2.3 billion), Access Bank is valued at about N194 billion and Zenith at about N475 billion.

The Nigerian Stock Exchange Banking 10 Index has climbed 0.7 per cent this year as gains by Access Bank, Zenith, United Bank for Africa Plc and Fidelity Bank Plc helped compensate for losses in the other six members of the gauge.

“Maybe we’ve dug ourselves into a hole” by investing in Nigerian banks, Lapping said. “Even if it’s 50-50, going bust or going up, the upside is so much that it’s worth the risk.” 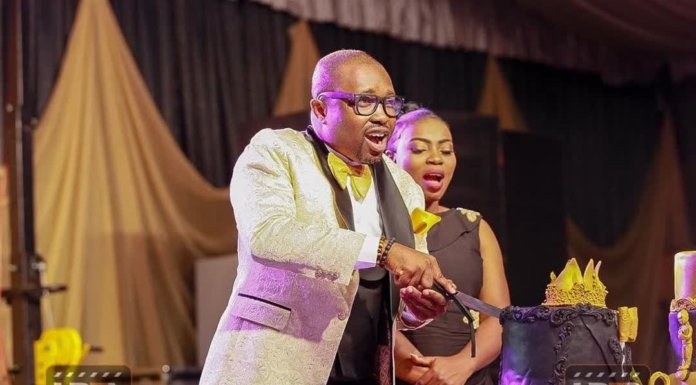