Some Nigerian returnees from Libya have narrated their experiences in the hands of Libyan officials.

Scores of Nigerians travel to Libya daily with the hope of landing in Europe by boat through the Mediterranean.

An average of 109 Nigerians arrived in Italy daily in 2016 travelling the risky route.

A lot more are, however, still trapped in Libya.

Some of the returnees appealed to federal and state governments to provide job opportunities for Nigerian youths to prevent them from endangering their lives looking for greener pasture abroad.

They told the News Agency of Nigeria (NAN) yesterday in Lagos that they decided to leave Nigeria because they were jobless.

They said they travelled to Libya with the hope of crossing to Europe through the Mediterranean in search of jobs.

The returnees were among the 161 Nigerians who returned voluntarily from Libya on February 14.

They were assisted back home by the International Organisation for Migration (IOM) after being detained for several months in Libyan detention facilities.

They arrived in Lagos singing songs of praise and beaming with smiles, thanking their creator for bringing them safely home.

One of the returnees, Bridget Akeama, an indigene of Anambra, said her parents decided to send her to Italy when all hope of securing a job after her school proved abortive.

She said she was arrested while trying to cross to Italy from Libya by immigration officials.

Ms. Akeama said: “Ever since, I have been moved from one prison to another until I was taken to a detention camp in Tripoli.

“We were subjected to inhuman treatment while in prison, from the food we eat to the water we drink.

“Most of the young ladies in detention camp were raped by Libyan officials and if you refused their advances, it will be hell for you.

“Thank God I am back in Nigeria, I know all hope is not lost but it is painful that I will begin from scratch again with my unborn child.”

Stanley Iduh, a 34-year-old indigene of Delta, said that he was tricked by an agent popularly known as “Burger” that he would facilitate his journey to Spain through Libya.

He said when his hope of crossing into Spain was dashed in Libya, he decided to stay back and work in the Arab country.

“I worked in a tile producing company and their salary was good but unfortunately I could not save my money in the bank.

“I lived with other Nigerians. I dug a hole in the ground to save my money.

“Unfortunately, one day, some Libyans came, kidnapped us and inflicted punishment on us.

“They asked us to call our relations back in Nigeria and tell them to send N300,000 as our ransom.

“The $200,000 dollars that I saved, disappeared; they moved us to another place until we got to the detention camp.

“Nigerians should be discouraged from travelling to Libya because they are not treating us like human beings.

“Our ladies were dehumanised by Libyan officials, it is very painful,” he said.

Mr. Iduh, who said he sold the house left by his late father before travelling to Libya, urged the federal and state governments as well as wealthy Nigerians to create jobs for the youths.

“It was because I was jobless for three years that I was cajoled to travel abroad to look for greener pastures.

“I am back in the country after eight months, devastated and humiliated.

“I had gone to look for greener pastures but here I am today; I have brought nothing green back home,” he said with tears running down in his cheek.

Paul and Marvellous Isikhuemhen are twin brothers who travelled to Libya in March and May 2016 respectively in search for greener pastures.

Marvellous told NAN that they regretted travelling out of the country because of the bitter encounter they had in Libya.

He said that though they secured a good job in a publishing house in Libya, “it was suffering and smiling’’ until they were given the opportunity to return home through the IOM.

Mr. Isikhuemhen urged the Nigerian government to stop young ladies from travelling to Libya, saying they were molested by Libyan immigration officials.

He said that most Nigerian ladies bribe Nigerian immigration officers to secure travel documents to travel to Libya.

Mr. Isikhuemhen added that most of the children brought back home by these ladies had no fathers.

“I can boldly tell you that the children you are seeing in their hands and those pregnant ladies are products of Libya immigration officers,” he said. 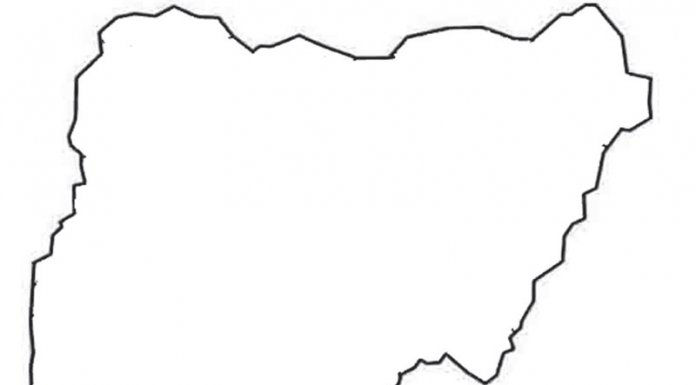 ‘AccessMore App Will Change the Face of Banking in Africa’