There is no gainsaying or debating the fact that Nigeria operates a constitutional democracy, which also recognises, in the main, three arms of government, that is, the Executive, the Legislature and the Judiciary. The Constitution of the Federal Republic of Nigeria, 1999 (as amended) (the Constitution) is pre-eminently not just the organic law, but also the grundnorm. In the celebrated case of Dapianlong v. Dariye (2007) 8 NWLR (Pt. 1036) 332 at 411, the Supreme Court succinctly and brilliantly summed-up what a Constitution represents in the following hallowed words:

“It is settled law that the Constitution of any country is what is usually called the organic law or grundnorm of the people. It contains all the laws from which the institutions of state derive their creation, legitimacy and very being.”

In effect, our democracy and all institutions of State, including the citizenry, thrive and co-exist by constitutional imperatives. We have to abide not just by its wordings and letters, but also by its tenor and intent.

Judicial powers of the Federation are vested in the courts created by Section 6(5) of the Constitution, otherwise styled ‘the superior courts of record’; and the Supreme Court stands at the apogee of the hierarchy. The Chief Justice of Nigeria is not just the head of the Supreme Court, but also doubles as the leader of the judicial arm of the Government of Nigeria, including both the inferior tribunals and the superior courts. The Constitution, in its wisdom, makes clear and very unambiguous provisions for the appointment of the Chief Justice of Nigeria under Section 231. Relevant for the purpose of this discourse are sub-sections (1) and (4) of Section 231, which read thus respectively:

“(1) The appointment of a person to the office of Chief Justice of Nigeria shall be made by the President on the recommendation of the National Judicial Council subject to confirmation of such appointment by the Senate.

From the simple coinage of Section 231(1), the appointment of a Chief Justice of Nigeria is constitutionally done by the three arms of government, to wit; the President makes the appointment on the recommendation of the National Judicial Council (NJC), subject to confirmation by the Senate. Simple logic dictates and demands that the NJC kick-starts the process, and would forward its recommendation to the President, who in turn will send or forward the recommended name to the Senate for confirmation or otherwise. It is common knowledge that in exercise of its constitutional functions and duties, the NJC had, after its meeting of October 11, 2016 resolved to recommend the name of Hon. Justice Walter Samuel Nkanu Onnoghen to Mr. President, for appointment as the Chief Justice of Nigeria. To my mind, immediately after this recommendation, NJC had completed its constitutionally vested duty, thus, becoming functus officio. It can no longer revisit, review or re-examine the recommendation it has made. Section 158(1) of the Constitution guarantees not just the independence of the NJC, but also the sanctity of the decision it has arrived at. The NJC has no constitutional latitude to approbate and reprobate on the subject. Starting from that point, particularly, on receipt of the recommendation of the NJC by Mr. President, the ball shifted to the President’s court; but has to be passed to the Senate simply in accordance with the wordings and dictates of the Constitution. The law has well crystallised in the proposition that where the wordings of a statute, particularly the Constitution, are clear, they merely call for application, and not interpretation. See C.C.C.T.C.S. Ltd. v. Ekpo (2008) 6 NWLR (Pt.1083) 362 at 392 and Dapianlong v. Dariye (supra).

With very much respect, it is submitted that in the face of a definitive recommendation by the NJC to Mr. President for the appointment of a particular Justice as the Chief Justice of Nigeria, Mr. President cannot fall back on the provision of Section 231(4) to appoint that same Justice as the acting Chief Justice of Nigeria. With every sense of responsibility, Section 231(4) will come into play if, for example, after the receipt of the NJC’s recommendation, the President has forwarded the name of the Hon. Justice Onnoghen to the Senate, and as at November 10, 2016, when the last holder of the office of Chief Justice of Nigeria retired, the Senate had not reverted to the President, confirming the appointment or deciding otherwise. Then, there would have been an interregnum. With the situation of things whereby the NJC has made recommendation to Mr. President under Section 231(1), the said sub-section and sub-section (4) have become mutually exclusive. In its clear wordings, the Constitution does not expect that an interim appointment should be made in the circumstances. By its tenor and spirit, the Constitution does not contemplate it. It might be apt to pose some rhetorical questions, derived from similar circumstances in the Constitution at this stage, in order to drive home my point. Can a Chief Justice of Nigeria refuse to swear in a President-elect on any ground at all, particularly on the ground that his election is being challenged at an election court or Tribunal, despite the clear mandate given to the Chief Justice of Nigeria under and by virtue of Section 140(2) of the Constitution to swear him in, without allowing the CJN to express or harbour any reservation? The answer is clearly in the negative. Further, can the Senate of the Federal Republic of Nigeria refuse to consider for confirmation or otherwise, ministerial nominees forwarded to it by Mr. President on any excuse at all, including the fact that it does not like the process through which the said ministerial nominees evolved, despite the clear provision of Section 147(2) of the Constitution? The answer is also nay. Again, can Mr. President refuse to recognise any presiding officer, be it Senate President or Speaker of the House of Representatives, elected or selected by any of the two chambers, on any conceivable ground at all? I submit that the answer is no. The question then arises, why the Judiciary? Or, why leave or put the Judiciary in an avoidable conundrum? The issue or discourse is not about the person of the nominee of the NJC; far from it. It is also not about his ethnic extraction or religious inclination or catechism. It also has nothing to do with whether he is from any particular section of the country, whether North or South. These are extraneous issues which becloud reasoning.

Furthermore, I am not joining issues with those who contend, rightly in my view, that under and by virtue of Section 231(3) of the Constitution, an appointment to the office of Chief Justice of Nigeria can be made from either the Bench of the Supreme Court itself, or from any appropriate segment of the legal profession, provided the appointee has qualified as a legal practitioner for a period of not less than fifteen years. We have passed that stage in this circumstance, whereby the NJC has made a recommendation and forwarded same to Mr. President under and by virtue of Section 231(1).

Smoothness of Change of Baton in the Supreme Court

One is tempted to pose a very intriguing question, that is, if the nominee of the NJC is considered not fit and proper, in anyway howsoever, to be appointed as substantive Chief Justice under Section 231(1), why appoint him as an acting Chief Justice under Section 231(4)? This leads us to the inevitable consideration of Section 231(5) of the Constitution. By virtue of Section 231(5), appointment made under Section 231(4) shall cease to have effect after the expiration of three months from the date of such appointment, except on the recommendation of the NJC. It has earlier been submitted that having made its recommendation under Section 231(1) and forwarded same to Mr. President, the NJC has become constitutionally functus officio. Be it noted that Mr. President has not communicated with the NJC to give any scintilla of reason or excuse as to why the name of the person recommended by it under Section 231(1) has not been forwarded for confirmation. To the best of my knowledge as well, Mr. President has not expressed any reservation or communicated such to the NJC about the recommended candidate. Why then the suspense?

An equally bemusing question stares us in the face, that is, why turn the office of Chief Justice of Nigeria to a game of musical chairs? Why should we unnecessarily create a state of uncertainty and instability in the Judiciary, particularly, at the highest level? Nature abhors vacuum, and the Judiciary, like nature itself, detests a void. The Judiciary anchors and sustains our democracy, and my research shows that globally, there is no Judiciary that is being constantly called upon to adjudicate on and determine sensitive political matters like the Nigerian Judiciary.

If Nigeria as a country can rightly not afford the luxury of a vacuum in the office of President of Nigeria for one day, I submit with every respect and force, that we should stop toying with the idea of creating an avoidable, but dangerous vacuum in the office of Chief Justice of Nigeria. The Judiciary is so sacred, central, unique, crucial, critical and pre-eminent to us as a nation, and we must do everything to safeguard its interest and protect its independence. Thus, all men of goodwill should join in the clarion call for the appointment of a substantive Chief Justice of Nigeria without any further delay! 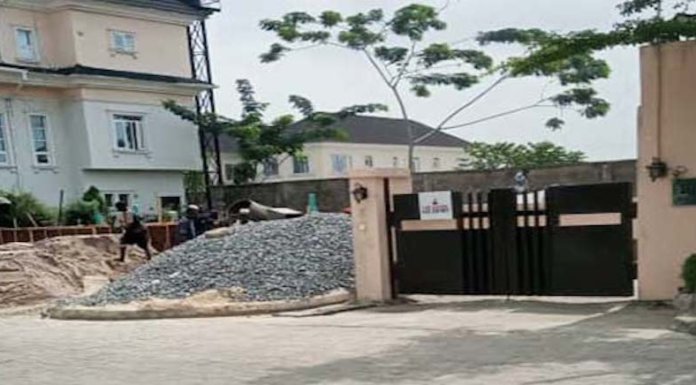