The Federal Government has snubbed threats of industrial unrest in Nigeria’s electricity industry by workers of the Transmission Company of Nigeria (TCN), and appointed Mr. Usman Gur Mohammed as the new Managing Director of the TCN.

By Mohammed’s appointment as head of TCN, the government effectively relieved its former acting Managing Director, Dr. Abubakar Atiku of his role as the company’s head.

A statement from the Ministry of Power, Works and Housing on Friday in Abuja stated that Mohammed would head the TCN on a 12-month non-renewable basis within which he was expected to reposition the company for the next phase.

The statement was signed by the Permanent Secretary in the power ministry, Mr. Louis Edozien. It came just days after electricity workers union on the platform of the National Union of Electricity Employees (NUEE) and Senior Staff Association of Electricity and Allied Companies (SSAEAC) protested against the decision of the government to replace Atiku.

The unions said they would call out their members against the government if it went ahead to appoint Mohammed to head TCN. According to them, the government was about to welcome a fresh $150 million project funding plus an additional $200 million promissory note from the African Development Bank (AfDB) who are Mohammed’s employers.

They claimed the appointment was skewed in this regard, and that Mohammed was a lackey to some government officials.

However, Edozien in the statement announcing the appointment of Mohammed, stated that Nigeria’s power sector was in transition from a vertically integrated government owned statutory monopoly to an industry in which private and publicly owned companies interact through contracts under the regulation of the Nigerian Electricity Regulatory Commission (NERC).

“In this role TCN operates two important licenses issued by NERC.  As the Transmission Services Provider (TSP), TCN owns and operates the 132kV and 330kV high tension transmission lines and the 330/132/33kV substations that make up Nigeria’s national grid.

“From 2012 to 2016 Manitoba Hydro International of Canada ran TCN as a management contractor.  With the exit of Manitoba, Mr. Mohammed comes with a clear mandate to review, validate and implement the best management structure, strategy, business plan and processes to take TCN, both TSP and ISO, to the next level of operational effectiveness,” said Edozien.

According to him: “Mr. Mohammed has resumed duty with a 12-month non-extendable deadline to complete his transformational mandate and set TSP and ISO on a path of greater operational efficiency and effectiveness, and enhanced responsiveness to the needs of the generation companies and distribution companies, who are TCN’s customers.”

Describing his professional profile, Edozien stated: “Mr. Mohammed was until his secondment, the Principal Power Utility Transformation Specialist in the AfDB’s Nigeria Country Department.  He joined the service of the AfDB in 2009.  He has in various senior level management roles been in charge of financial control, power utility policy and transformation.”

“Before joining AfDB, Mr. Mohammed worked for the then National Electric Power Authority (NEPA).  He served as the Secretary of Revenue Cycle Management project which was NEPA’s first Public Private Partnership initiative.

“He also served as head of financial management for TCN’s Project Management Unit (PMU), the agency that supervises transmission projects financed by the World Bank with a mandate to implement best procurement practices for the World Bank financed projects.  He also served as a lead member of the institutional reform team that completed the various studies that prepared TCN for the current reforms being implemented in Nigeria’s power sector.

“Mr. Mohammed is a Chartered Accountant and a member of the various professional bodies related to his profession.  He holds a BSc Degree Hons. Accountancy, Ahmadu Bello University Zaria, and a Master of Business Administration (Management), Bayero University Kano,” Edozien added. 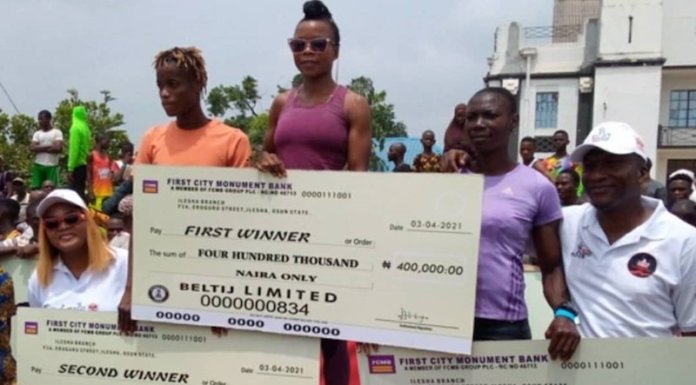