As an intellectual, I am inclined to appreciate the apparent hard work and research that must have gone into the article ‘’Proposed $30billion Loan: Avoiding the Eurobond Curse, by Uche Uwaleke in the Tuesday, November 22, 2016 edition of THISDAY Newspaper. However, it is necessary that we address some of the ‘concerns’ raised by the writer in relation to a segment of the proposed $30billion loan, specifically, the $4.5billion Eurobond component. Without prejudice to the writer’s conclusions, this class of loans are not as risky as he has made them out to be, especially for a country of Nigeria’s niche and unique attributes. Even more so if we are to consider the principles underpinning the decision to go to the International Capital Market to borrow at this time.

Recently, the Director-General, Debt Management Office, Dr Abraham Nwankwo, in announcing the approval of the Federal Government’s new debt management policy explained that ‘’the debt management strategy we are going to pursue over the next four years (2016-2018) takes into account the fact that, for now, Nigeria’s public debt portfolio is dominated by domestic debt’. He explained further that ‘after the Paris and London Club exits of between 2004 and 2006, the country took a deliberate decision to develop its domestic bond market and to do most of its public borrowing from domestic sources to develop that market. That objective has been sufficiently achieved. Therefore, taking into account that external financing sources are, on the average, cheaper than domestic sources, it becomes more necessary to slant more of the borrowing in favour of external sources’’

One of the most globally expected reactions to recession, as an economic situation, is increased public sector spending to activate weakening productive sectors of the economy and eventually generate the much needed revenue from elevated activities – a prospect which makes debt servicing a less cumbersome issue. The alternative is regression and near collapse of economic activity if government fails to act in the face of a slump. It is gratifying that Mr Uwaleke has himself acknowledged the enormous funding challenges faced by the government

This knowledge seems to fly in the face of the pessimism he harbours regarding the prospects of the Nigerian economy, going into 2017. He deliberately or, for that matter, out of a predilection to cause mischief, chose to ignore all the clear and positive signs that point towards a bright outlook in key sectors currently undergoing massive reforms and aggressive investments. We have in mind the reinvigoration of the agriculture and solid minerals sectors as well as the burgeoning telecommunications sector that is poised to deliver even more revenues to the government.

His dim expectation of Nigeria’s ability to avoid the ‘Eurobond curse’ as he calls it, deserves a second look not because of its validity but because it is deficient in its conception. The writer describes the ‘Eurobond curse’ as ‘the increasing burden on the issuer of the servicing of a debt procured on unfavourable terms (at a very high cost) in a desperate attempt to overcome economic challenges”. In the first instance, Nigeria’s current recession can hardly be described as desperate since most projections indicate a quick recovery in as early as mid-2017. Secondly, the countries with which Nigeria’s case is being compared do not possess a quarter of her potentials, capabilities and debt repayment capacity.

Again, writing as a Guest Columnist in THISDAY Newspaper edition of Monday 21, November, 2016, Nwankwo alluded to the immense unutilised potentials of the Nigerian economy in a most creative way by putting forward a thesis thus: ‘Nigeria passes the test for the necessary condition for recording a triumph over its current economic setback. The resilience of Nigeria’s economy and sources of the solutions to the economic challenge are paradoxically embedded in the major sources of the problem. First, we see the logic of this thesis in the external sector – the import structure and the export structure. Using 2014 figures, Nigeria’s consumer goods’ imports (including food imports) amounted to $29billion.

Its comatose nature is what gave rise to the dominance of Chinese or other imported textile products in the country. Or is it the Oil Mills, Cotton Ginneries, auto plants or steel manufacturing companies that have remained underutilised for so long? The fact is that there is so much idle capacity in the economy which, if properly deployed, can generate enough inflows to take care of the challenge of repaying a Eurobond debt which, in percentage terms, does not pose a threat to an economy of the size of Nigeria’s. But to do so effectively, we must first secure the funds and use them to fight the ravaging effects of the current recession.

Isaac wrote in from Lagos

editor - September 22, 2020 2:39 am
2
BY REUBEN ABATI The pundits who had predicted the outcome and the nature of the Gubernatorial election in Edo State got it all wrong. The... 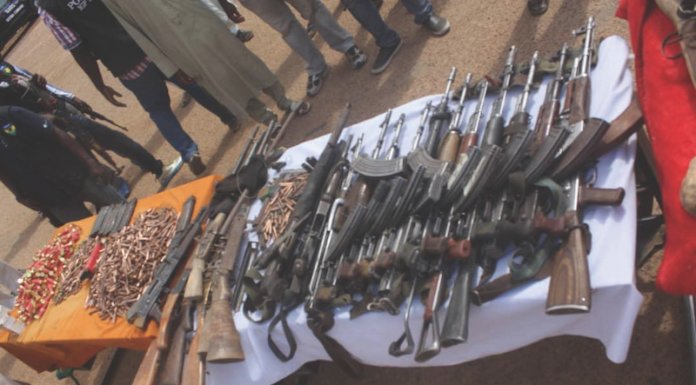 10,000 Stories and More from MultiChoice