In order to ensure that airlines do not compromise safety and security standard in flight operations because of the prevailing economic recession, the Nigerian Civil Aviation Authority (NCAA) has intensified surveillance of the domestic carriers.

Forex challenges, paucity of aviation fuel and high cost of maintenance have constituted a big hurdle to Nigerian carriers, so there is the fear they could cut corners, especially as there is significant reduction in passenger traffic, which means less revenue.

But the Director-General of the Nigerian Civil Aviation Authority (NCAA), Captain Muhtar Usman, has allayed the fears of air travellers over possible accident, especially during the yuletide. He said at the weekend that the authority had intensified the monitoring of the activities of the operators.

The Director General who spoke in Lagos, said NCAA had sanctioned some airlines and pilots recently when they strayed from the rules, and disclosed that the authority, while supporting the operators in every way possible, would ensure they do not compromise standards.

“One of the major components of the regulatory agency is surveillance, and we have intensified that especially since this recession started, to ensure that all operators are abiding by the provisions of safety and security regulations, and in the areas of enforcement and compliance, we have done a lot.

He said recently the regulatory body had to withdraw the licence of some pilots for infractions and also had to sanction some airlines.

“There are those whothought they would slip under our radar and do things that they should not do, we were able to sanction a number of operators; even individuals who had licence and were trying to operate in ways contrary to the privileges given to them in their licence, such as the pilots we caught and suspended from operating flights as a result of testing positive to illicit substances and some flying without necessary documentations and other infractions,” the DG said.

He noted that contrary to reports making the rounds, NCAA had been carrying out both local and international training because training of technical personnel is the bedrock of the civil aviation authority anywhere in the world, remarking that NCAA cannot deviate from that. He added that due to the present economic situation in the country, overseas training has to be prioritised and the agency has to be very prudent and strict in the way already limited funds are deployed.

Muhtar also spoke about the development of the new headquarters of NCAA in Abuja,   saying no work has been done in the building since about four years ago because no fund was credited to the project in the budget.

“As I am talking to you, international training is going on as well as the  local training. The only thing we want to do is to prioritise in view of the recent economic recession. The budget was done at the time dollar was below N200 and now it is about N400. So it is due to prudent management of resources that we would carry out the stipulated training, if not, we won’t be able to do more than 50 per cent of the training programme.

“Gone are those days when there was money. Now we want to prioritise and use that training as a tool to make the individual perform the duties he is employed to do. So we have not really fallen back; we are prioritising and we ensuring that all necessary training are done, and that is the only way we can implement those critical elements as required by the International Civil Aviation Organisation (ICAO),” Muhtar said. 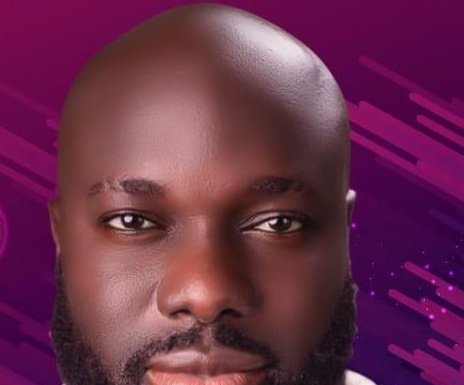