Before the advent of Global System for Mobile Communications (GSM) in Nigeria in 2001, the telecoms industry in Nigeria was not an industry to reckon with in terms of contribution to Gross Domestic Product (GDP) and impact to economic development. Then the total number of telecoms subscribers was less than 400,000, with a teledensity of 0.4 per cent, and its contribution to GDP was less than two per cent.

But in 2003, indications began to emerge that the telecoms sector could turn out to become the sector that will contribute more to GDP, above oil and gas, if special attention was given to it. Then subscriber number was fast growing and teledensity, which is the growth of a country, measured in percentage, was fast rising, which led to the auction of the Second National Operator (SNO) licence that brought Globacom into the telecoms space, after MTN and Econet Wireless (now Airtel Nigeria).

Today telecoms subscribers are well over 150 million across networks, with a teledensity of 107 per cent, contributing N1.58 trillion to GDP as at the second quarter of 2016, which is about 9.8 per cent growth, according to the recent statistics released by the National Bureau of Statistics (NBS). The industry has recently become the highest in job creation, employing millions of Nigerians directly and indirectly.

In spite of the appreciable growth and contributions of the telecoms industry, the sector is still faced with challenges that are likely to retard its further growth should government decides not to protect it.
The telecoms industry is faced with serious challenges ranging from willful destruction of telecoms facilities to multiple taxation, regulatory fines, and of recent, the probe by the Senate on matters of alleged repatriation of revenue genuinely generated from Nigeria by MTN.

National Bureau of Statistics (NBS), in its latest figures released, said telecommunication sector is contributing so much to GDP.

According to NBS, the telecommunications sector contributed N1.58 trillion billion to GDP in the second quarter of 2016, a 9.8 per cent growth, which represents an increase of 1.0 per cent points relative to the previous quarter.
According to the statistics from NBS, this is the largest contribution to GDP made from this sector in the rebased period, which emphasises that growth in telecommunications has remained robust when compared to total GDP.
The last time that telecoms contribution to GDP as high as nine per cent, was in the second quarter of 2015, when it recorded 9.46 per cent growth.

MTN, for example, has continued to empower its Nigerian workforce and has employed over 500,000 Nigerians directly and indirectly in the MTN services and distribution chain.
The Chief Executive Officer (CEO) of MTN Nigeria, Ferdinard Moolman said the telecoms company has invested so much in Nigeria and has contributed over N1.8 trillion to the Nigeria government by ways of taxes, levies and sundry regulation payments, since it commenced operations in Nigeria in 2001. According to him, in spite of contributions, the industry is faced with serious challenges from social miscreants, who willfully destroy telecoms facilities in the country, multiple taxation from government agencies, as well as the challenges of the Senate, that is currently investigating it for alleged repatriation of N13.9 billion out of Nigeria from 2006 to 2016, without obtaining Certificate of Capital a Importation (CCI).

But among all these, the most disturbing challenge that could pull down the telecoms sector and create fears in the minds of would-be telecoms investors, is the issue of alleged repatriation of N13.9 billion by MTN, that is currently been investigated by the Senate.
The Senate has accused MTN of an alleged connivance with the Minister of Industry, Trade and Investment, Okechukwu Enelamah, and four commercial banks to have taken advantage of the porous Nigerian financial system to move the sum $13.9 billion out of the country without the required authorisation.
The upper legislative chamber, according to a motion moved by Dino Melaye, the senator representing Kogi West in the Senate, alleged that MTN beat the nation’s financial regulatory laws by failing to obtain a CCI as authorised by Central Bank of Nigeria (CBN) Financial and Miscellaneous Act within 24 hours between 2006 and 2016 before moving the money out of the country.

Despite the allegation by the Senate, some financial experts have absolved MTN of any wrong doing, insisting that institutions like the CBN, the Nigerian Communications Commission (NCC) and the Nigeria Investment Promotion Council (NIPC), should come out to explain better since they are the regulators that control the activities of MTN operations and also regulate cash transfers in Nigeria.
Economist to Lagos Business School, Opeyemi Agbaje, who spoke on the MTN issue, said MTN demonstrated its love for Nigeria by investing in the Nigerian economy since 2001 and that the telecoms company showed respect for the laws of the country guiding repatriation of money. He said it is worrisome that the same company that has invested so much in the country and has been law abiding by paying its taxes, is being heavily criticised and investigated by the Senate for repatriating its profit.

“In my view, the action of MTN in generating and repatriating its revenue from 2006 to 2016, was legal and acceptable because the money we are talking about is MTN’s profit and the company has legal right to repatriate its profit to its parent company in South Africa,” Agbaje said.
He explained that four banks were legally involved in the transfer of the said money and that the banks must have gotten the approval of the Nigerian Investment Promotion Council (NIPC) before the money was repatriated, irrespective of whether the CCI was issued or not.
He said the investigation by Senate is either an act of mischief or ignorance and that the NCC, the NIPC and the CBN must rise to defend MTN and save the telecoms company from total collapse, which he said could affect the Nigerian economy negatively.

Financial Management Consultant, Bisi Ogunwale called on the Senate to be cautious in its investigation in order to save MTN’s business in Nigeria that is benefiting millions of Nigerians and the Nigerian economy. He said the action of the Senate negates the spirit of promoting ease of doing business by the federal government and that such an action is capable of discouraging foreign investors from investing in Nigeria.

Commenting specifically on the point of CCI before the Senate Committee on Banking, Insurance and other Financial Institutions in Abuja recently, Moolman said that no dividends were declared or paid until the CCIs were issued and finalised.
Moolman added that MTN Nigeria only requested for CCIs for foreign capital that was imported into Nigeria and dividends were externalised on CCIs.
“Often for various reasons (such as not having all the required documentation for instance), it is not possible to issue a CCI within 24 hours, and the Central Bank of Nigeria’s Forex Manual contemplates such situations by asking that the banks refer to the CBN for approval. Besides, the requirement to issue a CCI within 24 hours of conversion is an administrative requirement. As such, the CBN has the authority, and indeed we believe, approved the banks’ applications to issue CCIs outside the recommended time frame,” Moolman said.

According to him, MTN Nigeria has been privileged and honoured to contribute to the development of ICT in Nigeria since 2001 when the right enabling environment was created by the Nigerian government to attract investment into the ICT industry. MTN Nigeria is proud to have been given the opportunity to play a catalytic and leading role in this important sector.
Globally, foreign direct investments are motivated by the opportunities and enabling environment which the host country provides. MTN’s success was indeed a catalyst for many other international companies to invest in Nigeria.

“It is instructive to note that according to the latest NBS Telecommunications Report, telecoms contributed approximately 8.83 per cent to Nigeria’s GDP in the first quarter of 2016. On the back of this, it is probably fair to say that MTN alone has contributed 3-4 per cent to Nigeria’s GDP,” Moolman said.
He said MTN Nigeria remains committed to global best practices which include paying dividends to our foreign investors as provided under the Nigerian law.
“The documents requested and submitted speak for themselves and give a clear and transparent account for the records. Once again, be assured that we have Nigeria and Nigerians’ best interest at heart and at the centre of our operations. MTN Nigeria’s commitment to Nigeria is unflinching and has been demonstrated by our investment philosophy,” Moolman added.

About NIPC and FEMMPA laws

Another financial expert, Rotimi Fawole, said although the Senate has
described what they are doing as a ‘hearing’ or an ‘investigation’, he explained that their words and actions tell Nigerians something else is going on.
He said the NIPC Act and the Foreign Exchange Monitoring and Miscellaneous Provisions Act (FEMMPA) are very clear on what the right of an investor is in Nigeria.
According to him, Section 24 of the NIPC Act says “… a foreign investor in an enterprise to which this Act applies shall be guaranteed unconditional transferability of funds through any authorised dealer in freely convertible currency of (a) dividends and profits (net of all taxes) attributable to the investment…”

Section 15 of the FEMMPA says, similarly, in addition to spelling out whose responsibility it is to issue the CCI, “Foreign currency imported into Nigeria and invested in any enterprise pursuant to subsection (1) of this section shall be guaranteed unconditional transferability of funds, through an Authorised Dealer in freely convertible currency, relating to dividends or profits (net of taxes) attributable to the investment…”
Taking a deeper look at the benefits of telecommunications in the Nigerian economy, it will be right for governments across boards to work together in protecting telecoms in Nigeria in order to promote further economic development. 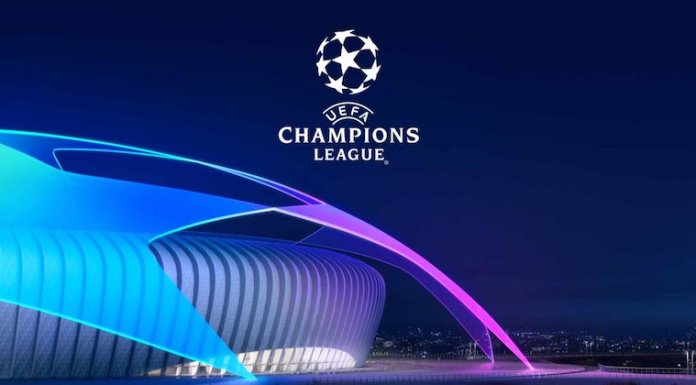