I agree with President Muhammadu Buhari that ‘we have to kill corruption before corruption kills us”. Although I think someone should tell Mr. President that while his administration is busy fighting corruption, the ‘children of corruption’, i.e. poverty, hunger and criminality in all its facets have developed killer fangs and may just kill us, even if we survive corruption.

I have a lot respect for the men and women in our security institutions, mainly for their services to the fatherland. The DSS is an institution that I have grown to view with suspicion. My experience as a blue-eyed lawyer with the Civil Liberties Organisation in the military era plus my stint as an Attorney- General of a State that was then governed by an opposition party largely conditioned my reasoning to the possibilities of abuse of power by security agencies. Indeed the last time I heard of the phrase ‘sting operation’ was just before the 2015 elections, when the DSS spokesperson announced to Nigerians that they had through a sting operation, discovered a house in Ikeja area where the All Progressives Congress was printing voters card for the purpose of rigging the 2015 election. Nothing much was heard of that sting operation after the initial media blitz.

I have gone through three dictionaries plus an Internet search for the meaning of the phrase sting operation. I have been unable to reconcile my findings with the DSS description of its invasion of the houses of the Judges. I have also gone through the enabling law of the DSS, the more I look, the less I see any provision that specifically empowers it to investigate, arrest and prosecute acts of corruption of any kind. I have read the views of some of my colleagues who have sought to link national security with corruption and attempted to dress our own DSS in the clothes of the United States FBI. I struggle with this reasoning. Steeping on each other’s mandate and scope of jurisdiction is one of the troubling attributes of our security agencies. What wont Nigerians give to have the DSS conduct successful sting operations on the houses of Abubakar Shekau, leader of Boko Haram or those of the leadership of the Niger Delta Avengers or of those herdsmen who raid communities killing and maiming innocent Nigerians.

I have said elsewhere that the National Judicial Council (NJC) should be reformed, not reform for the sake of it but because

Nigerians want a judicial system that works in the interest of justice. The inherent flaws in the organisational structure of the NJC impacts negatively on the efficiency of the judiciary. For example, it is less than ideal that the membership of a body established to supervise the judiciary and judicial officers, should be dominated by serving judicial officers. This could lead to conflict of interest amongst members of the body. I am well aware that finding the balance between judicial independence on one hand and public accountability on the other is a critical challenge. This is a challenge the NJC must meet.

I have been deeply saddened by the role and approach of the leadership of the Nigerian Bar Association (NBA) to this episode. First, by rushing to the media without the benefit of hearing from the DSS and secondly, in an ill-advised attempt to walk back on its initial blunder went to town with another deeply troubling statement, asking the NJC to suspend the judicial officers in question pending the resolution of the corruption allegations against them. This position was further confirmed at a meeting of the Body of Senior Advocates. The hypocrisy of it all is that till date, neither the leadership of the NBA nor the Body of Senior Advocates recommended by the same reasoning that the privileges accorded the Senior Advocates currently being prosecuted by the EFCC be suspended until the determination of the cases against them. One Senior Advocate, who was caught up in the emotion of it all, went as far as asking President Buhari to suspend the Constitution until the fight against corruption is won. A Senior Advocate! The leadership of the Bar was probably blissfully unaware of the potential fall-out of its recommendation, including the threat to Independence of the Judiciary and indeed the Legal Profession.

It is regrettable that this ‘sting operation’ is being packaged and sold to the average Nigerian, as the solution to all the problems with the judiciary and justice system. Crowds in the name of NGOs are being rented to occupy the Supreme Court. I have had first hand experience of rented crowds invading courts and assaulting judicial workers and Judges. This action diminishes us all. Our courts should be a no go area for acts of lawlessness. By all means we should take every lawful step to purge the judiciary of corruption, but it is important to put the challenge of corruption in the justice sector in its proper context.

Expectedly, the NBA leadership was accused of coming under the influence of the Presidency particularly since the ‘ step down’ song was released after a visit to Aso Villa. To be sure, there is nothing wrong with the Presidency and the leadership of the NBA holding the same views on matters of judicial integrity, even if, in this case, it is shortsighted and misplaced. However in my respectful view this was a missed opportunity for the NBA to ask the Buhari Administration what it has done for the administration of justice system since its inauguration.

Many of us have shouted ourselves hoarse in an effort to get the administration to prioritise the justice sector. We have said that achieving the administrations three key result areas, anti- corruption, economic growth and security, require an efficient justice system.

Of recent we have became more vocal, out of concern that almost two years into this ‘progressive administration’ we have little to show in the area of bringing justice to our people.

We have asked President Buhari to publish his vision for the administration of justice in Nigeria. Justice sector reforms stand a better chance of success when the government has a clearly stated policy setting out the official vision of the reform objectives, and committing government to specific reforms necessary to realise that vision. This is an important reference point for any strategic approach to justice sector development. The publication will have provided a platform to openly debate and agree on practical solutions to the many challenges facing the sector including but not limited to corruption.

We have also asked Mr. President, to call a meeting of the three arms of Government to agree on the future of the administration of justice, with a view to seeking consensus on who does what and within what time frame. In response to this suggestion, the administration hid behind the doctrine of separation of powers. All efforts to convince them that separation of powers does not mean living in separate worlds, have till date yielded no positive result. This meeting will have at the very least dealt with many of our concerns about the justice system including law reform, access to justice for the poor and vulnerable, judicial integrity and appropriate funding for the sector. We simply are unable to understand how the administration expects to win this anti-corruption fight without the support of the Judiciary and Legislature.

We also suggested that Mr. President convenes a meeting with the governors of the 36 states of the Federation with a single item agenda- exploring federal and states government collaboration in administration of justice. We thought this meeting would deal with the politics of federal and state governments in supporting institutions like the police, prisons and possibly the EFCC and ICPC. We suggested that this meeting should also discuss the conditions of service of the lower courts and the state high courts and the responsibility of the state governments to these institutions. We said that it simply couldn’t be acceptable that Chief Judges of States are made to frequently go cap in hand to their State Governors for funding. That, in our view, is a recipe for corruption. Judicial corruption is not simply about judges taking bribes, it includes all forms of inappropriate influence that may damage the impartiality of justice. That meeting has not happened.

We have suggested various legal, policy and administrative interventions for managing the transformation of the justice system and the institutions that deliver justice. We have mapped out the specific steps that should be taken and how the system might be made accountable. These proposals have largely been ignored. With less than one year of governance, before active politicking towards 2019 election begins, it will be truly tragic if the single legacy of the Buhari administration in the justice sector is this sting operation. 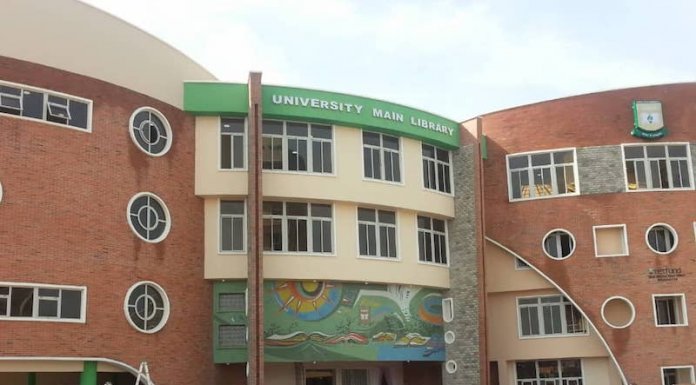