“Government could be improved greatly if more emphasis is accorded the formulation and implementation of effective public policies that have direct bearing on the people. Any system of government that intends to impact on the lives of the people should set mechanisms that bring about better governance through policies directed at the welfare and wellbeing of the people,” Professor Mike Kwanash, a public policy analyst, told THISDAY in an enquiry for this article.

“In Nigeria, the citizens’ aspirations towards better government impact could be better realised if we return to our public policy mechanism. Formulation of these policies should not be the exclusive reserve of government, but governments could involve the private sector, as obtainable in other advanced climes.”

In an era marked by poor national productivity as a fallout from the dearth of articulated public policies, the need to have institutions clearly dedicated to making government work for the benefit of the governed becomes more imperative. Public policies are at the crux of articulating government’s intentions and rightly deserve all the emphasis.

It was Bill Gates, founder of Microsoft and the world’s richest man who said, “Governments will always play a huge part in solving big problems. They set public policy and are uniquely able to provide the resources to make sure solutions reach everyone who needs them. They also fund basic research, which is a crucial component of the innovation that improves life for everyone.”

Though government is uniquely positioned to formulate the policies that bear on the lives of the people, various findings have revealed that the entire public policy framework could be more efficient if researches and innovations are sought from policy makers, scholars and researchers in the private sector. In contemporary times, governance has come to occupy a strategic place in the lives of people and this has rightly drawn attention to the capacity of the policy making architecture.

In Nigeria, various concerted attempts at harnessing public policy have been made by successive administrations – military or democratically elected – beginning with the nation’s independence in 1960. The independence movement, which coalesced to a government, then empanelled scholars and men of learning to formulate policies for the future of the young nation. With military incursions into governance, the place of public policy waned considerably, as subsequent dictators administered the country according to their whims. The return to conscious public policy in government in Nigeria was heralded by the military administration of General Olusegun Obasanjo, whose policy-inclined disposition gave room for policy articulation and the conceptualisation of the National Institute for Policy and Strategic Studies in Kuru, Plateau State, in 1979.

National consciousness towards policy articulation was again reawakened after another lull by the military administration of Ibrahim Babangida with the establishment of the Armed Forces Consultative Assembly; a sort of national think tank. Then, there is the private-sector initiative in national policy development by the National Economic Summits Group. While NIPSS, NESG and other efforts are premised on streamlining governments’ policies, the need arises for further efforts in transforming such to assume the face of public policy. This is where the need for prompt private sector initiatives designed to add value to policy development beyond the “militarily-styled” NIPSS comes to view.

In the United States of America, and, indeed, other developed climes, where the practice of democracy for decades has engendered an articulated public policy, institutions like the Brookings Institution; the Singapore-based Lee Kwan Yew School of Public Policy; and the John F. Kennedy School of Politics and Government at the Harvard University have become incubating centres for sound public policy development that serves as blueprint for government’s interventions. Though it is agreeable that Nigeria’s democratic experience is still nascent, the time to embrace a consolidated public policy approach towards improving government and other corporate interventions has come.

It is against the background of the foregoing that the birthing of an institution dedicated to research and development into ways of improving government and corporate enterprises through efficient public policy in the ancient and academic city of Ibadan comes into view. The Ibadan School of Government and Public Policy (ISGPP) which was established in 2015, is clearly in the league of the aforementioned institutions of research. It is “an independent and professional policy training centre devoted to teaching and researching into issues of government, governance, public administration, public policy, and development concerns in unique ways that impact on the activities of government and the public interest,” according to the mission statement of the school.

Agreeably, the crises facing Nigeria, nay the African continent today, in terms of comparative development, from corruption to government ineptitude, are consequences of leadership failures. This makes the timeliness of the initiatives behind ISGPP more commendable. The beckoning task of filing the capacity vacuum in leadership refinement and public administration in Nigeria, which ISGPP aspires to engender among other noble objectives, is capable of nurturing first-rate leaders and public servants with necessary wherewithal, like intellectual capacity and political innovation, to articulate quality public policies that enhance the realisation of needed development goals. The ideas behind ISGPP have the capacity to make leadership and public service work better for the good of Nigerians if properly harnessed.

Writing on the purpose of the ISGPP initiative in some national dailies recently, Dr. Tunji Olaopa, Executive Vice Chairman of the policy think tank and an accomplished public servant with a robust intellectual background, stated, “The IGPSS hopes to leverage the twin instrument of research and executive education, by converging on existing community of scholars and practitioners, to intervene in Nigeria’s policy environment with the goal of facilitating creative responses to the development predicament in Nigeria.” That was quite a concise intervention in a country in dire need of development.

Suffice to mention that the IGPSS initiative comes from the most appropriate quarters: “Dr. Olaopa’s experience in both the academia and public service, where he rose to the pinnacle as Federal Permanent Secretary, served in various ministries and was crowned with the prestigious National Order of Productivity Award, qualifies him to address the development need at this time in Nigeria,” a source within the top echelons of the federal civil service said.

Many of the respondents on the needfulness of the ISGPP initiative are of the consensus that the President Muhammadu Buhari-led federal government should “whole-heartedly” embrace the solutions the institution could provide in addressing the challenges to government and effective public policy as the administration attempts to redirect the development trajectory of Nigeria.

Innovations like the Public Policy Group (PPG), a multidisciplinary team to “rigorously explore and investigate the policy-research interface,” portends good for the government’s aspiration to effect positive changes on the lives of Nigerians. Since public policy is, agreeably, at the roots of national development, embracing the alternatives that ISGPP intends to provide should be rightly considered in the interest of national development.

Nigeria’s governance framework requires the entire intellectual arsenal that a nation can muster if it must move forward, Olaopa acknowledged. This is why the ISGPP example would be an enduring intervention. 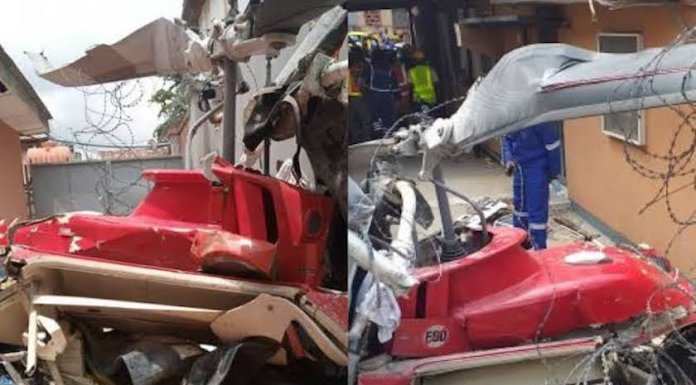