As the National Assembly resumes plenary session this week, the All Progressives Congress (APC) has intensified efforts to find amicable resolution of the budget padding saga that has cast a blight on the APC-led House of Representatives.

The House has been embroiled in crises since the removal of Abdulmumin, who the House leadership accused of abuse of the budgetary process and misconduct. Abdulmumin, employing a scorched earth policy, embarked on a whistle blowing spree, accusing four principal officers and chairmen of nine standing committees, of making senseless insertions into the 2016 budget.

He also petitioned the Economic and Financial Crimes Commission (EFCC), the Presidential Advisory Committee Against Corruption (PACC) and the Nigeria Police, demanding investigation into allegations he raised against the principal officers and others.

There are high expectations that Abdulmumin may be suspended for embarrassing the House by channeling his allegations and grievances through the public instead of using the appropriate channel, which is through the Committee on Ethics, whose duty is to handle such issues.

The embattled lawmaker has however explained several times, that he chose to air the allegations through the mainstream media and social media, as he did not believe the Ethics committee would do justice to the matter.

THISDAY however gathered that there are moves among several lawmakers to ensure that proceedings at plenary go smoothly on Tuesday, and the budget scandal is handled through the appropriate channel.

A lawmaker told THISDAY that talks were ongoing to prevent the suspension of Abdulmumin as is widely expected.
“Yes, the reason which the House would cite is that he did not go through the appropriate channel, but how many Nigerians do we start explaining this to? The public may consider it to be a vendetta if he is suspended, and win him some sympathy, and again present the House in bad light,” the lawmaker said.

The lawmaker added that the best option was to refer the matter to the Ethics committee which Abdulmumin should have submitted his petitions to in the first instance.

“We have due process to handle such matters, and we need to show that even though he threw caution to the wind, the House is matured enough to deal with such, through its laid down rules,” he said.

Another lawmaker told THISDAY however that it would be a ‘miracle’ if proceedings run smoothly on Tuesday.
“Yes, we are trying to see that there are no fights, and we do not generate into fisticuffs, but anything can happen. A well solidified plan can be truncated by just one statement from anybody,” the lawmaker said.

The lawmaker further explained that proceedings may run smoothly if Abdulmumin does not attend plenary on Tuesday. But APC said yesterday that it had secured guarantees from the feuding parties in the budget crisis that rocked the House of Representatives shortly before it went for recess that they will abide strictly by the rules of conduct in the legislative chamber.

Speaking to THISDAY on telephone yesterday, the Deputy National Chairman of APC (north) Senator Lawan Shuaibu said that the party is very much concerned about ensuring that its members in the National Assembly conduct themselves very well as expected of a ruling party.

Regarding the party’s intervention in the budget crisis rocking the lower chamber of the National Assembly, Shauibu who chairs the panel set up to mediate on the matter said the panel is continuing in its work and would be inviting all APC members in the House of Representatives appropriation committee.

He said the feuding members have given assurances that they would not embarrass the party again, adding that everybody appeared to have learned lessons from the incident.

“You see, we have learnt our lessons because if the party says don’t do this and you go and do it then it continues to weaken the party. It happened before and we cannot continue to do it again. We want them to respect the party and listen to what we tell them,” he said.

He also said the mediatory role of the panel was not meant to stop the House from doing what it intends to do on the matter but to ensure that APC members act within the parameters of the laws, regulations and rules of the House of Representatives.
According to Shuaibu the committee is also being mindful of accusations that it is trying to sweep the criminal matter under the carpet, adding that such insinuation is wrong since the panel is not investigating any crime.

“That is wrong we are not talking about crime. As for the criminal aspect of the matter, Hon. Abdulmumin has report it to the Police and security agencies and so that is that. He did not even report it to us; we only invited him because we feel that the way he was going about it is unbecoming of an APC member.

“We are not law enforcement agency. We are a political party and we should be concerned with mediatory roles. And so what we are doing is to try to mediate and to regulate the conduct of our members. At least the proper conduct of our members in the legislative chambers is our responsibility and that is what we are doing to check their conduct so as to avoid any embarrassment.

“That was why we have asked Hon. Abdulmumun not to go the media again on the issue as we believe that such approach will not help us. If they decide to do anything on the floor of the chambers and they are covered by their rules, we cannot tell them not to do so but the manner in which they do it, the decorum in which they conduct themselves is what we are after.

While explaining that delay in the work of the peace panel, Shauibu said: “What brought our deliberations to a halt was that we wanted all members of the APC in the House of Representatives appropriation committee to appear before our peace panel but we found out that it would not be possible because most of them were not even around.

“So we decided to wait till they resume sitting. But you know we have a limit to which the party can intervene, especially there is an erroneous belief that APC is investigating crime; we don’t have that authority to investigate crime amongst members of the National Assembly.

“But we are going to resume our mediatory talks as soon as the National Assembly reconvenes next week. We will now send letters of invitation to them (APC members of the appropriation in the House of Representatives), to come and appear before our committee. We restricted ourselves to only our members because we aware that we have no right to invite the PDP,” he said.

The APC scribe said as much as the party may want to intervene to broker peace among its members, it is conscious of the fact that it does not have any power to stop or regulate the activities in the legislative chambers.

“Not even the President has such powers, it is their exclusive rights as enshrined in the constitution to conduct business in line with their established rules inside the chambers and no one can control them. We talking about independence of the arms of government, if you say that they should not do this or that, then they are no more independent.

“I am not too sure that the party intends to tell them what to do and what not to do, honestly. The important thing is that we as a party have the duty to ensure proper conduct of our members and that is what we will be doing,” he added.

On the conflict in the senate, he said the party has been talking with the affected members in the Red chambers and “has so far succeeded in getting them to respect the position not to fight in the media or to express their disagreement in the public gallery.” 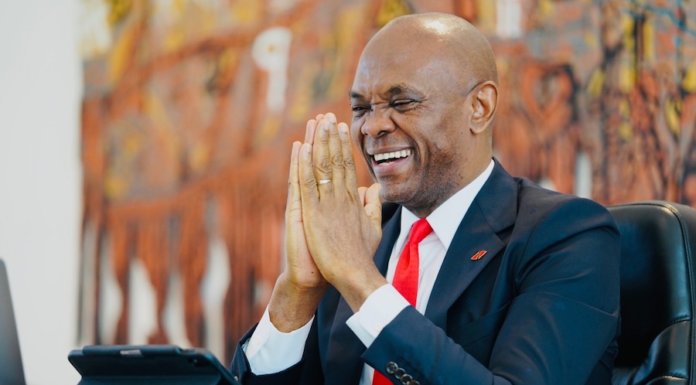