Chiemelie Ezeobi in Lagos and Sylvester Idowu in Warri
The patriarch of the Ibru dynasty, Olorogun Michael Ibru, on Tuesday finally succumbed to the cold hands of death after years of battle with an undisclosed ailment.

The first child of a missionary who also worked at the Igbobi Orthopaedic Hospital, Yaba, Lagos, Chief Peter Epete Ibru and his wife, Janet Omotogor.
The deceased, who celebrated his 85th birthday in January

The consummate businessman, frontline politician and entrepreneur died barely two months after his brother, Senator Felix Ovuodoroye Ibru, passed on and was buried in their hometown, Agbarha-Otor, Ughelli North Local Government Area of Delta State.
Indigenes of Agbarha–Otor mourned him yesterday, eulogising him as a kind-hearted man who touched many lives.

His children described him as a pillar of strength, a visionary guiding hand, character moulder and patriot without equal.

Born in December 25, 1930, the deceased was one of the most successful businessmen in Africa. As co-founder of the Michael and Cecilia Ibru University based at Agbarha-Otor, he was highly respected both at home and abroad.

At Agbarha-Otor village and Ughelli metropolis, scores of sympathisers thronged the home of the Ibrus even as some of them were also at Oviri-Olomu his mother’s home state.
The family’s bosom friend, Chief Edwin Clark, could not be reached for comments on the demise of the late icon as he was said to be holding an urgent meeting in Abuja.

It was gathered that his wife, Cecilia, travelled to the United Kingdom where her husband might have given up the ghost.
The late business mogul pioneered 29 organisations, which culminated into the Ibru business conglomerate in Nigeria, Africa and the rest of the world.

Some of the businesses under his supervision were the defunct Skol Larger Beer, Ibru Motors and Ibru Fisheries.
The President General of Urhobo Progress Union (UPU), Chief Joe Omene, yesterday described Michael as the greatest man in the entire Urhobo nation.

He said: “Michael Ibru is the foremost person that gave the Urhobo nation its identity both nationally and internationally. His presence is felt and noticed in every Urhobo kingdom you go to today making him Urhobo’s greatest man ever. The Urhobo nation would miss him dearly and the UPU would give him a befitting funeral.”

Although he is best known for his successes in business, the deceased had also tried his hands on politics, when in 1983, he was a gubernatorial candidate but lost to Brig-Gen Samuel Ogbemudia.
During his foray into politics, he was a member of the Liberal Convention and the New Movement, which metamorphosed into the National Republican Convention (NRC).

Michael had an interesting working life. After his secondary school, he joined the United African Company as a management trainee in 1952, dropping out of the company in 1956 to start a partnership with an expatriate, Jimmy Large. He called his company Laibru.

By 1957, Michael branched out to the lucrative but difficult fish business, which at the time was dominated by many expatriate firms. Although not many Nigerian traders were into the business, the young Michael ventured into it believing that it offered him better opportunities for higher returns on his investments.

According to Wikipedia, “He felt he could put extra effort communicating with general traders, who played key roles in products acceptance.

“To trade in seafood, he established an importing company, he also rented and built cold storage facilities across the country. By the mid-1960s trading in fish had become the traditional money maker for the Ibru Organisation.

“Though he had other profitable interests such as transportation and construction, fish trading helped him secure financing and other forms of capital to engage in large scale trading.

“He established a partnership with a Taiwanese company, Osadjere Fishing Company, which provided Trawlers and other accessories for trading. By the end of the 1960s he branched out fully into other areas of the economy.

“Like a lot of his contemporaries, he established a transportation company, called Rutam. He also invested in palm oil production. Over the years, the Ibru Organisation has expanded into other areas such as Tourism, Brewery, Timber and Poultry.”

Tributes started pouring in yesterday as leading lights of Delta his home state mourned his demise.
The state Governor, Dr. Ifeanyi Okowa, said he received with sadness and an immense feeling of great national loss, news of the death of Michael.

A statement in Asaba on Tuesday, by his Chief Press Secretary, Charles Ehiedu Aniagwu, said the governor expressed sadness over the news of the demise Michael whom he described as one of Nigeria’s foremost industrialists.

Okowa said Michael was an epitome of integrity in business who founded the famous Ibru Organization in 1956. “On behalf of my family, the government and people of Delta State, I extend my sincere condolences to the entire Ibru dynasty of Agbarha-Otor, the Urhobo nation and Nigerians on the passage of the beloved, urbane, cerebral and quintessential businessman and industrialist whose contributions to the growth of commerce and industry in Nigeria remains indelible,” he said.

Former governor of Delta State, Chief James Ibori, in his tribute described the death of Michael as a great shook because he was one of the few that actually defined the veritable Nigerian entrepreneurial spirit. “Olorogun Michael Ibru was a trail-blazer, who streaked through Nigeria like a meteor, lighting up the way for others to follow,” he said in a statement by his media aide, Tony Eluemunor.

According to a statement in Lagos by his Chief Press Secretary, Mr. Henry Ebireri, Igbuya consoled the deceased’s family and friends, saying they should be glad because he had lived a worthy and fulfilled life.
“Olorogun Michael Ibru was a shrewd businessman with a good heart” he said. 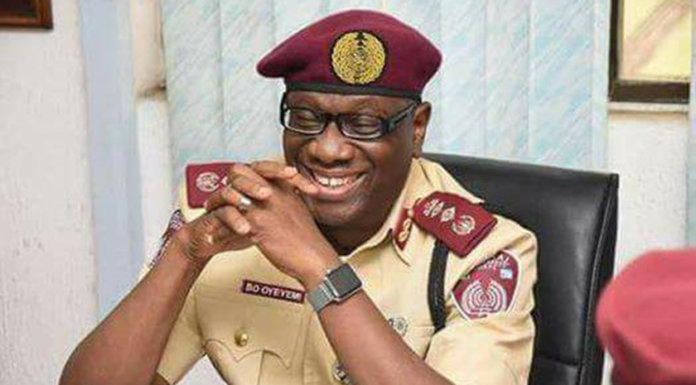