The National Security Adviser, Maj.-Gen. Babagana Monguno, has accused two of the country’s foremost fertilizer manufacturers – Notore Petrochemical and Indorama Eleme Petrochemical – of sabotaging national security and the economy by being conduits through which insurgents, especially Boko Haram terrorists and Niger Delta militants, obtain explosive materials in order to wreck havoc across the country.

This is just as the Nigerian security and intelligence agencies have made a major breakthrough in tracking the source of explosives used by the Niger Delta militants to blow up oil pipelines and facilities with the arrest of several suspects, including five security personnel.
Monguno made this startling revelation yesterday when he met with representatives of local manufacturers of fertilizer.

Monguno warned that the federal government would no longer tolerate a situation whereby the security and economy of the country are threatened by the “unpatriotic” actions of the fertilizer companies, warning that his office will shut them down should the alleged acts of sabotage continue.

The visibly angry NSA, who did not entertain any explanation from the companies, also read the riot act to any company or individual engaged in economic, business or commercial activities linked to dissident groups operating within and outside the country.

“The president came to power with a specific mandate, which is clear to all Nigerians and indeed the international community. We will view with very serious consequences whatever any company does to fall out of line and behave in a manner that will bring to its knees the economy of this country and indeed the security of this country.

“Like I said we will not hesitate and it is an action that will be taken with immediate effect. It is also important for us to also know that the local farmers are suffering in all communities all over the country.”
Monguno also revealed that the Office of the National Security Adviser (ONSA) and the entire intelligence community had discovered that the improvised explosive devices (EIDs) deployed by terrorists for their bombing campaigns were developed mainly from certain grades of fertilizer with particular reference to some nitrate based types including urea nitrate (synthesized from urea).

He explained that it was the discovery that the indiscriminate importation of urea nitrate by all and sundry, resulting in lack of control and ease in its availability to the terrorists, militants and other mischievous elements for use to perpetuate acts of violence that necessitated the licensing of only the two companies (Indorama and Notore) by the federal government to operate in the country.

He also noted that ONSA and the Ministry of Agriculture and Rural Development facilitated the necessary importation of raw materials and also secured distribution networks, which was “aimed at solving the national security problem, on the one hand, by easing control of the items, and on the other hand, boosting the economy by encouraging local production”.

Against this backdrop, Monguno said that the cumulative annual production of the two companies was estimated at 2.05 million metric tonnes, while Nigeria’s estimated consumption rate is 1.1 million metric tonnes, which is 53 percent of production and “opportunity to cumulatively export about 47 percent of their production”.
Monguno, however, noted that ONSA “has observed with total dismay some unpatriotic acts and abuse of the goodwill of government”, saying that “reports of activities of these companies have indicated that about 71 percent of the 2.05 million tonnes cumulative annual production is being exported at the detriment of our national economy”.

According to him, this has resulted in a spike in the price of urea-based fertilizer in Nigeria with obvious implications on food security in the country.

“In view of the foregoing, I wish to categorically state that government will continue to adhere to the rule of law. However, it must be noted that the rule of law is not akin to anarchy.
“Accordingly, this office will not hesitate to close and withdraw the operating license of any company that exports products without first meeting local consumption.

“This office and the Ministry (of Agriculture) will work to put in place measures to access production and determine exportable quantity by the respective companies.

“Please note that the well being of this country is the collective responsibility of all,” he said.
In the a related development, Monguno disclosed that ONSA has investigated the incessant bombing of oil facilities in the Niger Delta and discovered that commercial explosives and accessories were used for the attacks.

He said that the resultant investigation and detailed audit of the records of explosives magazines and quarries in the region revealed “the diversion of about 9,000kg of high explosives (Nitro-glycerine) and 16,420 pieces of detonators for illegal use between 2015 and 2016”.

“Right now, investigations are being conducted and I can assure you that they are deeply culpable and necessary action will be taken on the conclusion of these investigations,” he said.

The NSA however assured Nigerians that the administration was committed to the well being, safety and security of the Nigerian citizenry and urged the public and business community to go about their businesses in accordance to laid down rules of law.

“Let me also reiterate that any individual or company that operates outside the confines of legitimacy or illegality will have itself to blame and we also want to add that the government of the day will not listen to any influence peddler in the society on behalf of any company that decides to sabotage national security,” he warned.

Shortly after Monguno’s meeting with the representatives of Indorama and Notore, the Ministry of Solid Minerals Development blacklisted and withdrew the licence of the Nigerian Development and Construction Company (NDCC), an importer and vendor of explosives in Koko, Delta State, for allegedly diverting the explosive devices.

The Minister of Solid Minerals Development, Dr. Kayode Fayemi, who gave the blacklisting order said the company’s business premises should immediately be sealed off, in addition to the withdrawal of its explosive distribution licence.

The action by the government followed the outcome of investigations by the ONSA, which revealed that the company was involved in the illegal diversion of about 9,000 kilogramme of Nitro-glycerine explosives and 16,420 pieces of electrical detonators from its magazines between 2015 and 2016.

A statement from the minister’s office warned manufacturers, importers, sellers and end users of explosives in the country to desist from unprofessional activities, including the sale, procurement, storage and use of explosives in line with the provisions of the Explosives Act of 1964, the Explosives Regulations of 1967 and other extant policy directives. 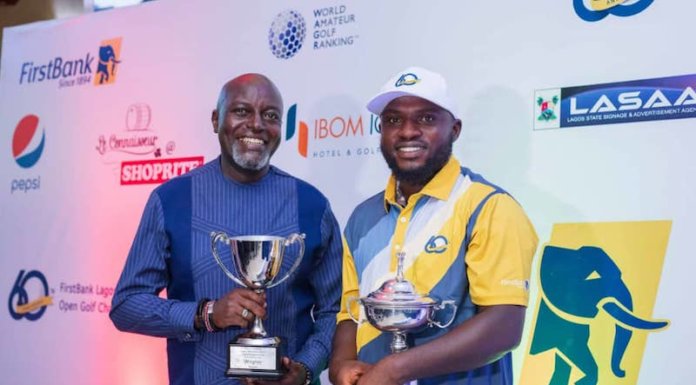