Speaking at the certification event in Lagos, the acting Director General/Chief Executive of the Standards of Organisation of Nigeria (SON), Dr Paul Angya said with the achievement, the company had joined a privileged class of environmental management system – certified organisations in the country.

Angya stated that the company’s “milestone achievement in the pursuit of excellence is commendable and worthy of emulation by all service providers in Nigeria”.

He reminded the organisation that it’s “service offering is extremely important to Nigeria especially in the face of the prevailing economic challenges in the country and competitiveness in the market”.

Angya pointed also that the adoption of the NIS ISO 14001:2004 environment reflects the IDSL’s vision to be a centre of technological excellence in the provision of geophysical, geological, reservoir engineering and data storage as well as management services in the global oil and gas industry, leveraging on the best talents in Nigeria and internationally.

“By the presentation of this certificate today, Integrated Data Services Limited is adjudged to always strive to minimise the environmental impact of its operations through systemic identification and evaluation of the associated risks and implementing measures to reduce them”, he added.

Angya noted that the certification provides the company a robust, globally- recognised and acceptable solution to address the challenges associated with managing environmental issues and delivering excellent customer experience.

According to him, achieving ISO system certification is a demonstration of the company’s management system conformity to internationally acceptable standard requirement and the ability of IDSL to get it right the first time and always.

For the Managing Director IDSL, Mr Roland Ewubare, the achievement of the certification was a product of hard work, consistency, perseverance and team work; adding that it has ‘been a journey of thousand steps, which eventually came to fruition.

“Over the years, the company has progressed, leveraging on the best talents in the industry to deliver quality hydrocarbon exploration services. IDSL has also over the years gone into joint venture partnership with international oil servicing companies”, he said.

Ewubare added that the company’s seismic operations have taken it to fields on land, swamp and marine terrains, which usually are rough and challenging, saying IDSL has with various environments within and outside the shores of Nigeria.

“At inception, IDSL carried out Seismic Acquisition for Ghana National Petroleum Corporation and at present, plans are in motion to engage The Republic of Benin and Gabon for seismic operations. IDSL has engaged in extensive seismic activities in the Niger Delta for various multinational oil companies. In recent times, the company has forayed into Chad Basin Area in Borno State, and now it is undertaking Seismic Data Acquisition in the Epe/Ijebu axis of Lagos and Ogun States,” he explained.

He explained further that the company has been bracing up to the challenges and is determined to run a world class organisation where new and emerging technologies and human resources would be harnessed to compete favourably with its counterparts in the industry.

While appreciating SON’s recognition, he said the company had gone through a lot of rigorous challenges to get this done.

“There were trainings of staff who were to be the drivers of the process. The company also had to ensure that it gave adequate enlightenment to all staff on the processes involved. In addition, the company has also ensured that it eliminated non-conformities that would have endangered the process,” he added.

Integrated Data Services Limited (IDSL) was established in 1988 as a subsidiary company to provide hydrocarbon exploration services in the local and international oil and gas industry in the exploration and production directorate of the National Petroleum Corporation (NNPC).

Firm Highlights Benefits of e-Commerce
A new entrant into the international e-commerce space, Mall for Africa (MFA) has stressed the importance of e-commerce platform to the economy, saying that it will help break down barriers to international commerce by addressing the needs of foreign exchange and global shipping.

According to a statement, founded by Chris Folayan and Tope Folayan, MFA was established as a bridge to the world and a solution to the peculiar challenges experienced by the Nigerian/ African shopper.
The statement explained that the concept of the business was based on the need to provide a seamless, easy, secure and efficient way for Africans to shop directly from international stores.

“It is the first –of-its-kind online mall which would allow Nigerian shoppers buy online without having to bother endlessly about picking up and forwarding purchases. Currently operational in Nigeria, Kenya, the UK and the US, it has a market expansion vision of providing service across sub Saharan Africa and including on its list of stores Nigerian businesses, who seek to expand their service provisions across the continent.

“Mall for Africa exists to make life easy for individual buyers, business owners and procurement officials. Through its application and on line platform, buyers can shop any store in the UK and the US such as Amazon, E-bay, and have their items delivered anywhere in the Country. They can select the items they want and with four clicks have the items purchased and shipped to them in Africa,” it added.

Furthermore, it explained that customers have access to over 180 stores in various categories such as fashion, electronics, auto parts, and much more, adding that a further advantage to shopping with MFA is the elimination of needless extra luggage charges. It currently has pickup locations in Lagos, Abuja, Kano, Ibadan, Port Harcourt, Bayelsa and Warri with plans to expand to other cities soon.

“Gone are the days where customers would depend on the good will or convenience of relatives and friends coming into the country to get their purchased items delivered to them; or even having to deal with the challenges relating to purchases getting shipped to the wrong locations from where retrieval becomes an issue. Mall for Africa is a safer, cheaper and easy alternative.

“Furthermore Mall for Africa is able to give reduced shipping costs through its bulk purchase orders. The platform is able to deliver purchases way below quoted costs of online stores who have recently begun shipping directly to Nigeria.

“Before the advent of Mall for Africa, the situation of shopping online from reputable UK and US stores was highly challenging because of the constant denial of Nigerian payment sources, coupled with the refusal of most stores to ship directly to Nigerian markets,” it added.

The 2016 annual meetings of the Association of African Central Banks (AACB) have been scheduled to hold in Abuja, Nigeria from 15-19 August, 2016.

A statement explained that the usual meeting of the Assembly of Governors will be preceded by a technical committee and Bureau meetings from August 15-17, 2016 as well as a Symposium on August 18, 2016 with the theme: “Unwinding Unconventional Monetary Policies: Implications for Monetary Policy and Financial Stability in Africa”
The Symposium scheduled to hold at the CBN Head Office, Abuja will be declared open by President Muhammadu Buhari, while the Keynote address will be delivered by the Governor, European Central Bank, Prof. Mario Draghi.

The concept for the formation of an Association of African Central Banks was first introduced on May 25, 1963, at the Summit Conference of African Heads of State and Government held in Addis Ababa, Ethiopia. In this regard, African Heads of State and Government unanimously agreed to set up a preparatory Economic Committee to study a large range of monetary and financial issues, in collaboration with Governments and in consultation with the Economic Commission for Africa (ECA).

The first AACB meeting of Governors was held in Addis Ababa, Ethiopia on February 15th-22nd, 1965, mainly to examining a cooperation mechanism and its related organs. Since then, the Association has, in addition to various extraordinary meetings, organized 38 ordinary sessions. The Association, currently comprises the Assembly of Governors (the governing body of which are members all African Central Banks Governors), a Bureau (composed of the Chairperson and the Vice-Chairperson of the Association and Chairpersons of sub-regional Committees), sub-regional Committees (composed of Governors of Central Banks of the five (5) sub-regions as defined by the African Union). The AACB Secretariat is located within the Headquarters of the Central Banks of West African States (BCEAO) in Dakar, Senegal.

“Currently, the Association is collaborating with the African Union in formulating and implementing the African Monetary Cooperation Programme (AMCP). Ground work for the establishment of the African Central Bank is now going on through the Steering Committee manned by experts from the African Union and the AACB. The climax of the event will be the meeting of the Assembly of Governors of the AACB scheduled to take place on Friday, August 19, 2016,” the statement added. 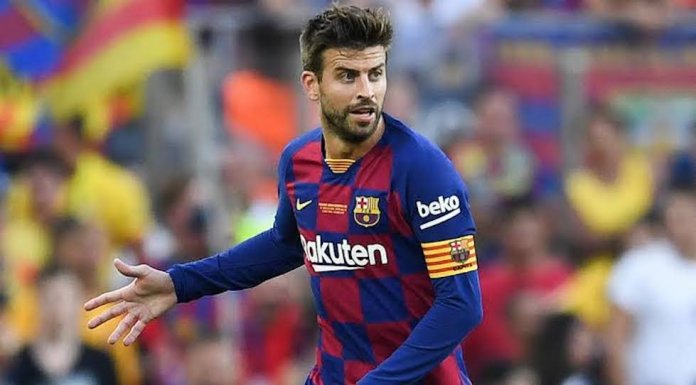