THE POLICE AND THE ‘BLOODY’ CIVILIANS 12 mins ago

AS POLITICAL CAMPAIGNS BEGIN… 12 mins ago

RESULTS, THE VOICE OF LEADERSHIP 17 mins ago 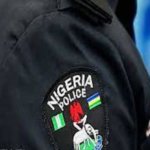 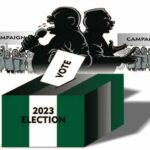 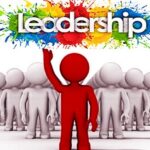 RESULTS, THE VOICE OF LEADERSHIP

The Nigerian Bulk Electricity Trading Company Plc (NBET) has approved an entry price of 11.5 cents (currently about N30) per kilowatts hours (kWh) as the entry price for the 14 pioneer solar power stations set to be built in the country.

The 14 solar plants will collectively generate 1,125 megawatts (MW) of electricity which will be distributed to the grid through a stepped down transmission network to enable them to minimise levels of transmission losses.
The plants will be built in 11 states mostly in the northern part of the country.

NBET, which signed the Power Purchase Agreements (PPAs) with the promoters of the projects, said all of them agreed with the entry price, hence their decision to sign the PPAs with it.

The acting Managing Director of NBET, Mr. Waziri Bintube disclosed before signing the PPAs with the investors recently in Abuja that the entry price was negotiated down from 23 cents per kWh in 2015 to the current level that was acceptable to all the parties.

Bintube further stated that an approximately $1.75 billion is expected to be spent in construction of the plants by the investor. He added that the timeline for the plants to come on stream would be 18 months from when the project starts.

“Working in concert with our advisers, NBET developed a form solar PPA to be used in negotiations with these solar power developers. In the course of negotiations, NBET made it quite clear from the on-set that it was not ready to offer any developer the MYTO II tariff as published by NERC. By early 2015, after protracted negotiations and aggressive price discovery on the part of NBET, consensus was reached around a wholesale solar tariff of 23 cents per kWh. The general elections of 2015 and the attendant anxieties led to a lull in the industry,” Bintube said.
“The successful inauguration of the new administration and the decisive manner it quickly resolved the issues militating against the successful conclusion of some pending transactions especially the Azura power project restored hope and confidence among the investors and positively portrayed the administration as possessing the political will to see through the reforms of the power sector. In furtherance of this, NBET was giving the marching orders to resume, fast-track and conclude negotiations with potential developers willing to invest in the sector.

Following negotiations and positive support from the ministry of power, works and housing, NBET finally agreed with 14 frontline developers to an internationally accepted rate of 11.5 cents (about N30) per kWh, which is less than half of the MYTO II tariff. The PPAs with the 14 developers who have agreed to this tariff were initialled on July 4, 2016,” Bintube explained.

Bintube also explained that additional regulatory requirements for the projects have been procured and there are no longer impediments to the promoters achieving their financial closures and mobilising to site.
According to him the 14 PPAs that NBET will potentially add 1,125MW to the national grid.

“The PPAs after initialling were sent to the regulatory agencies for approval. The necessary approvals have been obtained and we are here today to formally sign the PPAs. It is our hope and expectation that following today’s ceremony, the developers will quickly push their projects to financial close and commence construction in a few months’ time,” he added.

He said the government opted to accelerate its adoption of solar power as part of Nigeria’s energy mix following the recent destructions of oil and gas installations in the south.

He noted that such destruction has had negative consequences on power generation in the country, adding that such created enormous pressure on stakeholders to proffer credible alternatives to diversifying the country’s energy mix and increase overall generation capacity.