By Okon Bassey in   Uyo

While Esin was arrested for killing his Uncle, Rev. Esin Adak, aged 67 over allegation of witchcraft, Ibanga was in the Police custody for strangling his little daughter, Glory to death after the evening meal.

The two alleged murderers were among 10 other suspects paraded at the State Police Headquarters, Ikot Akpan Abia, Uyo for various crimes including armed robbery and possession of human Skull.

The State Police Public Relations Officer (PPRO) Cordelia Nwawe (ASP), who gave a breakdown of the activities of the State Police Command, described the action of Victor Esin to murder his Uncle as premeditated which was against the law.

She said the suspect used a matchet to kill and disembowel the 67 year-old man was which was not acceptable.

She Ibanga went to the mother house where the daughter stayed but after the evening where both father and daughter shared food, the little girl was picked up at night, strangled and thrown into a river.

Nwawe further disclosed that a four-man gang from Eyo-Abasi village in Oron Local Government Area of the state was caught with human skull while searching for prospective buyer.

Besides the murder cases, the Police equally paraded armed robbery gangs and car snatchers arrested in the course of their operations.

A Toyota Camry car that was stolen in Calabar, Cross River State capital was recovered with the buyer and sellers apprehended in the course of sealing their deal.

In his confession, Esin said, “I went to my uncle’s house to ask him why people were dying in our family. I got there, met him and the children, we exchange pleasantries what really happened after that, I cannot explain”.

Probed further on why he used the machete to slaughter his uncle, he said, “That is why I am pleading for leniency because I cannot say what really pushed me into doing that”.

Explaining his case Ibanga said, “I don’t even understand, I stay in Port Harcourt, I came to the village that day; I don’t really know what happened, I started quarrelling with my mother.

“About 4am in the morning, my daughter was sleeping, until I carried her to the village stream and strangled her to death, I cannot tell.

“It was people from my mother side that arrested me, I regret my act and really I cannot tell why I killed my four years old daughter”.

The leader of the gang with human Skull, Emmanuel Edet Ikot aged 19 explained that he picked the human skull from an uncompleted building where he was paid to clear saying their intention was to sell it to a native doctor or any other buyer at the cost of N2, 000.

The PPRO remained the citizens that State Commissioner of Police Murtala U. Mani had consistently warned that all forms of crimes would not be tolerated in the state, stressing that anybody that took laws into his hand would face the music. 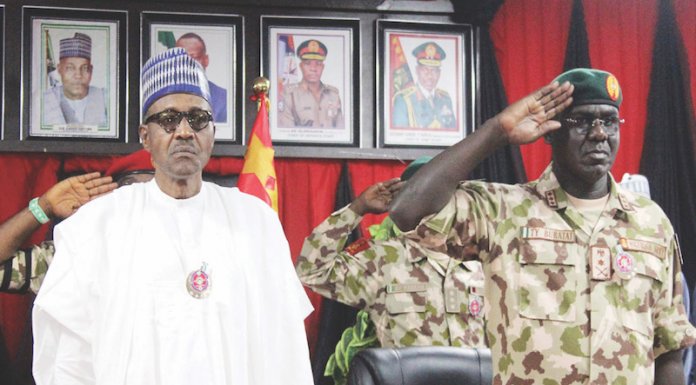 Obasanjo, Buhari and the Impunity of Nepotism