Hoteliers in Ikotun area of Lagos State are currently bemoaning their loss due to low occupancy rate in most of the hotels. According the hoteliers, since the Synagogue Church of All Nations accident and the consequent disagreement with the Lagos State government, the hotels have lost over N3.9 billion revenue.

Speaking to some journalists, the hoteliers under the aegis of Pilgrims Hostels Association of Nigeria, said the total number of bed spaces of different categories for all the hotels in the Ikotun area stands at about 3,500. Before the accident, the hotels had 100 per cent occupancy rate in three days of every week due to the programmes in the church. The occupancy rates currently fluctuate between 10 per cent and zero all week long. According to them, what this meant was that in these three days, instead of having their normal 3500 bed spaces sold, they could only boast of 350 rooms occupied.

Speaking further on the issue, one of the hoteliers, Chief Jerry Omoridion said, “We have been crying for a long time and the government does not seem to understand our plights. It is a serious issue for us because our means of sustenance is currently being wiped out. Look at it this way, you will understand what we are talking about: Before the unfortunate incident at the church, I mean Synagogue Church of All Nations, cumulatively, we have a total of about 3,500 hotel bed spaces. I am not adding some of these hotels there were in the process on coming on board but had to stop since the accident.

The hotels have different categories of rooms, but for you people to understand the enormity of our lost, let me peg the room rates at just N5,000, that is the cheapest room rate in any decent hotel in Ikotun. Before the accident, we were having 100 per cent occupancy rate on at least three days in a week, this may sound unbelievable. You are members of the press, go round and do your investigations. But now, the occupancy rate in these three days is less than 10 per cent. Many of my colleagues have reduced their staff to the barest minimum; some of us are doing the jobs we used to employ and pay workers to do, since we can’t afford to employ now due to bad business climate.

“With a 10 per cent occupancy rate only about 350 rooms are sold by our members every night. Many had zero occupancy severally. What it means is that 3150 empty rooms, at N5,000 minimum per night, we are losing about N15,750000 per night. In a month the lost is at 189,000000. Times that figure by 21 months, you have a whooping N3,969,000,000 as lost of revenue. This is just a conservative estimate. Mind you this money is injected directly into the community. Think about the multiplier effect on the economy of the area. You can understand why we are shouting loudly. I am just talking about three days that we were sure of patronage.”

Asked what he was expecting the government to do since the case was already in court, Omorodion cutes in: “Look, this is a tourist destination. No area in Nigeria has a steady inflow of inbound tourists like Ikotun in Lagos. Go and do your research. Let me digress, I want you to go to the airport cab operators find out how this has affected their business.

“Back to what I was saying, we insist that the government should understand that being a destination, all over the world, when there is accident, being mindful of the peculiar nature of the place, they should put in machineries to get to the root of the accident, take punitive action where necessary without portraying the destination as unsafe and also overtly discouraging people from visiting there. If I may ask, how did other nations manage accident at destinations.

This is something we should learn to do. Like I mentioned before, the stampede in Saudi Arabia happened on September 24, 2015. More than 2000 pilgrims lost their lives. The country, knowing the importance of religious tourists, have taken the necessary steps and quietly moved ahead. The Synagogue accident happened on September 12, 2014, since then we have been deprived of our livelihood due to the hostile signals from the government and forced to suffer.

“As a country, we should be able to learn from those that know better than us. Let us borrow a leaf from other countries and learn how they manage crisis at a tourist destination. They manage in a way that ensures the safety of the lives and properties of tourists without harming the destination. What can of business do they expect us to go into?”

Omorodion called on the government to take a second look at the current impasse as regards to the Synagogue Church and create better atmosphere for the tourism to grow.

Ikotun, a Lagos suburb, is the host community to the Synagogue Church of All Nations. The community has become a tourist destination to many local and inbound tourists. Christian pilgrims come from all over the world to worship at the church with about two million local and inbound tourists visiting annually. The tourists from all over the world come to worship at the Synagogue Church of All Nations. The pull to Ikotun is also to have an encounter through Prophet Temitope Balogun Joshua (Prophet T.B. Joshua). Due to this influx of tourists, many residents of the area quickly latched on to the business opportunity the huge influx of tourists to the area creates.

While the church has accommodation facilities for inbound tourists who came under organised tour, with the huge influx of religious tourists, hotels and guest houses sprang up around the Ikotun. Most of these hotels are unbranded but offer decent accommodation for tourists.

Many property owners in the community converted their houses to guest houses to accommodate visitors to the church. Hotel development projects sprang out. Fast food joints and food vendors were also not left out in this economic boom to the area. With the large number of hotels and guests houses that sprang up, there was a need regulate the services offered. The operators came together to form an association known as the Pilgrim Hotels Owners Association.

This new found source of livelihood was suddenly faced with a difficult time when on September 12, 2014, a hostel facility owned by the church came crashing down. About 117 pilgrims, mostly from South Africa, lost their lives in the tragedy. Since the incident, the church and the Lagos State government have been in court over the incident. While the court case drag on, residents who depend on the church for their livelihood seem worse off for it.

editor - December 2, 2020 11:36 pm
23
By Olusegun Adeniyi There is no worse position for a leader than when ardent supporters and implacable opponents sing from the same hymn book. That... 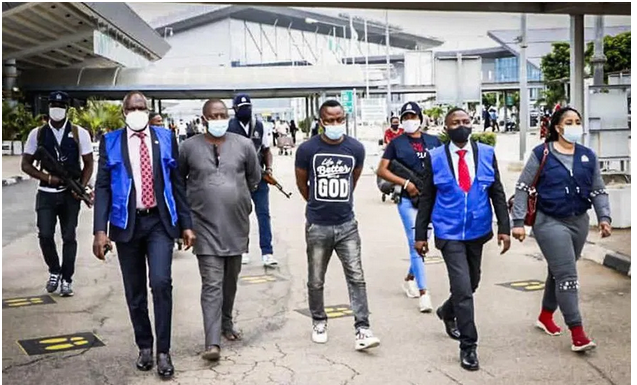 Ahmed Musa: An Owl Waiting to be Hatched?