CSCS, Stakeholders to Harp on Policy Guidelines for Secured Cyber Environment 2 mins ago 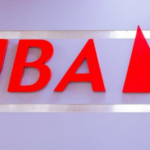 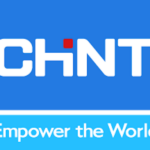 Their names were contained in a letter sent to Senate President Bukola Saraki by the president yesterday, seeking their confirmation by the Senate.

Should the Senate confirm them, Mrs. Ibim Semenitari, who is currently acting as the managing director of the commission, would step down.

Semenitari was appointed to takeover from Dan Abia when he was removed from the post by Buhari last year.
However, since her appointment, stakeholders and indigenes of Akwa Ibom have cried out that her appointment was in violation of the NDDC Act which provides that the position of chairman and MD of the commission must be rotated among the nine oil producing states in the country for tenures of four years.

Even when a chairman or MD was removed mid-term by past administrations, their replacements were always selected from the same state of origin.

A presidency source told THISDAY that the letter with the names of the new nominees might be read on the floor of the Senate today.

He was called to the Nigerian Bar in 1978 and later elevated to the rank of Senior Advocate of Nigeria (SAN) in 2004.
He has been Chairman of the Nigerian Bar Association, Calabar branch, and President of the Calabar Chamber of Commerce. He was also a Director of the Cross River Basin and Rural Development Authority, and Commissioner for Works and Transport in the state.

Running as a Peoples Democratic Party (PDP) candidate, Ndoma-Egba was elected senator in 2003, representing Cross River Central Senatorial District, and was re-elected in 2007 for a further four-year term.

Mr. Ekere entered history books in Akwa Ibom State when he served for only 17 months and two days as the deputy governor of the state in 2012.

He hurriedly resigned from office on October 31, 2012 to avoid his planned impeachment by the state House of Assembly after a political disagreement with the then governor of the state, Godswill Akpabio.

He was one of the governorship aspirants on the platform of the PDP during the 2015 general election, but later defected to the All Progressives Congress (APC).