The factional leadership of the Independent Petroleum Marketers Association of Nigeria (IPMAN) has described as false the allegation that its Board of Trustees Chairman, Alhaji Aminu Abdulkadir embezzled the proceeds of petroleum subsidy claim of the association amounting to over N10.9 billion.

The faction further stated that the allegation, which was recently leveled against Abdulkadir by one of its factional leaders, Mr. Chinedu Okoronkwo was untrue insisting that Abdulkadir was not guilty of such crime, which Okoronkwo claimed he committed through IPMAN Investment Limited.

The National Public Relations Officer of the Lawson-Obasi-led IPMAN faction, Lawan Danzaki told reporters in Abuja that the allegation was the handiwork of elements he claimed are unhappy with the current peaceful state of the association.

He said: “Some individuals who are disenchanted with the emergence of Lawson Obasi as the National President, and also peace that has returned to IPMAN leveled allegations against some members of IPMAN, saying these IPMAN executives embezzled over N10 billion.

“They also alleged that IPMAN property that is situated opposite American Embassy in Abuja has been sold by Aminu Abdulkadir, the IPMAN BoT Chairman.

Danzaki further said: “Although the case is still in the Appeal Court because someone is in court with IPMAN over the said property, but the BoT Chairman handed the true copy of Certificate of Occupancy (C of O) and also the building plan to the new National Executive Council.”

According to him, Abdulkadir had alleged that the officials of the faction that have accused him of corruption were pressuring him to bring the original documents of the land for them to sell and that he vehemently refused.

Danzaki challenged anyone with evidence of wrong doing in IPMAN to come forward with such information for appropriate actions, insisting there was nothing like a N10 billion subsidy claims.

The Okoronkwo-led faction of IPMAN had reportedly alleged that a financial fraud was committed by the other faction and that N10.9 billion was paid into IMPAN Investment Company by the federal government as subsidy claim.

Okoronkwo also alleged that the BoT which Adbulkadir claims to chair has been dissolved by a court in Port Harcourt.

“That BoT has been dissolved by a court in Port Harcourt, and we have reconstituted another BoT. About the fraud allegation, during the subsidy regime I was the Vice President, we floated a company where especially elected officers were directors, we contributed seed money, the evidence is there, so we floated IMPAN Investment Limited. Now government gave us corridor because of our needs to bring in product during the subsidy. Those products were claimed to have been brought into Nigeria. We did not see any. But IPMAN Investment subsidy claim is N10.9 billion. Then we the directors are calling for a proper account without any action,” he explained. 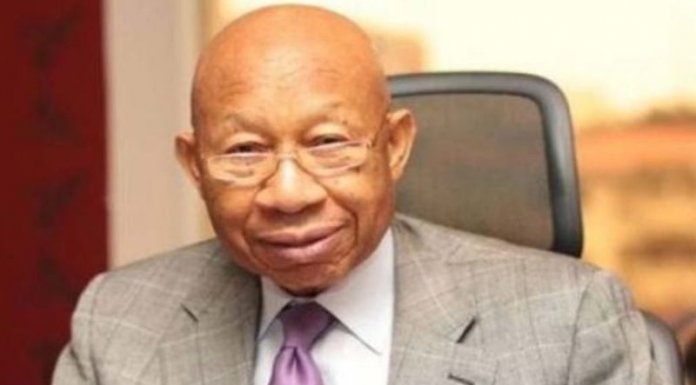