Taking into cognizance years of visionary and structural defects within our nation; the threats and counter threats and incendiary language from various ethnic quarters, the agitations by MASSOB and IPOB, Niger Delta militancy, the terror and impunity of armed Fulani herdsmen and the remnants of Boko haram, our next president must not be unmindful that the task of moving our country forward is not just going to be a matter of military experience.
Our next president may need to begin now, to dream and to envision a transformative journey of building a more peaceful, perfect and prosperous Nigeria. A man or woman, who genuinely believes that a well-articulated plan, leveraged on the original vision of our founding fathers should be able to quicken the pace of our long march to a more equal and freer union.

Rightly, the expectations of Nigerians for any new leader are always high. Therefore, such is never to take their goodwill for granted. You slack, the honeymoon is always very short.
Having traversed this country, interacted with our Moslem and Christian brothers and sisters; with the rich and the poor; and in my personal discussions either offline or the blogosphere, Nigerians all seem to agree on one thing. That our country can be far better. That what we have today is not working for the voiceless, yet powerful majority.
Every one of them talks about an imaginary “promise land”. To some, it means a country that is secure and safe, guarantees their fundamental rights and freedom of expression and freedom to practice their religion without hindrance and fear.
To some, it is a land where they can enjoy equal rights and where hard work and honesty are rewarded. A country driven by meritocracy and less of mediocrity. Where, they don’t have to lie about their state or local government of origin in order to gain that admission or secure employment into a government institution.
A land free from corruption, a ravaging virus that hinders national development and progress and brings misery and tears to the majority of the inhabitants.
And to others, it’s a country where they can enjoy the beauty and magnificence of constant power supply; running portable water; safe, cheap and reliable means of transportation; excellent communication, healthcare and educational systems. A country of rule of law and order, where civilized law enforcement agents are happy, willing and ready 24/7 to protect innocent citizens. A land flowing with an abundance of affordable food and housing.
Sadly, the reality at each political stage, whether military or civilian rule has always been far from the ideals of our expected “promise land”. This is because, as a people we have successively shied away or mischievously chickened out from restructuring our country into a more workable nation.

Consequently, each and every time a new leader emerges we dance in the streets, and soon we find out that the supposedly “messiah” is not that “whom is to come”. The majority get disappointed, disillusioned and frustrated again and again.
Recently, former vice president Atiku Abubakar spoke boldly and eloquently about our faulty structure and the implications to our survival as a nation. In his words, “Our current structure and the practices it has encouraged have been a major impediment to the economic and political development of our country. In short, it has not served Nigeria well, and at the risk of reproach has not served my part of the country, the North well. The call for restructuring is even more relevant today in light of the governance and economic challenges facing us. And the rising tide of agitations, some militants and violent, require a reset in our relationships as a united nation”.
Whether this was a political permutation ahead of the 2019 election or not, the truth is that the Turaki Adamawa was speaking to a yearning that is deep and real. I tend to agree with him and so do many Nigerians who have given his bold voice a loud and widespread support.
In the lyrics of a song by 7eventh Time Down, a Kentucky based Christian band, “anytime a heart turns from darkness to light… or someone dares to speak the truth that sets men free, I know, I know, I know God is on the move”.
Now, having studied the biblical account of the Israelites’ journey from Egypt to their promise land, it would be naïve for me to think and believe, that all that Nigerians needed, to walk into our own expected “promise land” can be achieved in a 4-year election cycle, or by one leader or by one political party.
There is no doubt 15 months ago Nigerians wanted change. While few of the promoters wanted change of personality at the helms of the country’s affairs, the majority of Nigerians who voted or stayed away from the polls wanted a structural change for their country. A better today and a promising tomorrow.
The first, a minority group want short-term balms and instant gratification for the few of themselves, and the second group, a voting majority want long term solutions for the benefit of every citizen including members of that minority group.

But to that majority, let’s be reminded that the road map to our “promise land” is here, with us, locked up and gathering some dusts. To our millennials, that “GPS”, that is able to get us to our destination, is the structural changes very much encapsulated in the report of the 2014 National Political Conference. A conference which brought together eminent and not so eminent Nigerians, business persons, civil servants and members of the armed forces. Our elders and our youths. Our women and our men. Our political parties and the civil societies. Our pastors, imams and traditional rulers. The rich and the poor. The Yorubas, Hausas, Ibos, Biroms, Igalas, Fulanis, Tivs, Ijaws, Idomas, Ibibios, Binis, Urhobos, Itsekiris and every other diverse ethnic groups. 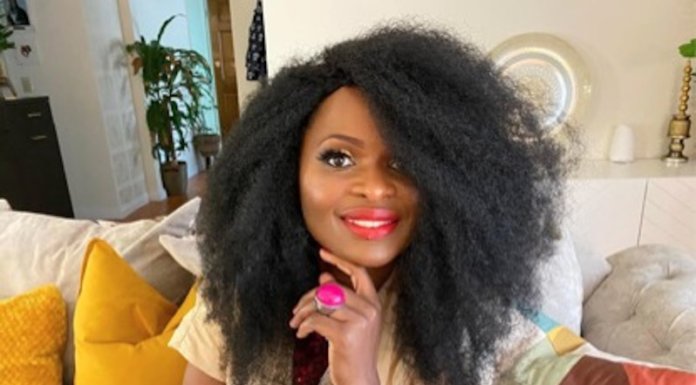