Official documents of operations in the Nigeria-Sao Tome Joint Development Authority (JDA) as well as petitions written to the federal government by workers of the Authority have highlighted alleged systemic malpractices going on at the JDA, which need to be investigated.

The documents also showed that all may not be well with the operations of the Authority, as alleged unwholesome practices perpetrated by its key officials could lead to needless frosty diplomatic relations between Nigeria and Sao Tome and Principe (STP).

Specifically, the content of a petition written by embattled pioneer employees of the JDA, which was obtained by THISDAY, revealed that up to 35 people, including nationals of STP were recently sacked through questionable means by an alleged incomplete board of the JDA.

Backed by damning documents that alleged that the board had for a while engaged in mischievous operational acts in the JDA, the petition called for a full probe of the activities of the JDA stating from 2008 when it last commissioned an independent audit.

Both countries in 2001 reached an agreement to facilitate oil exploration and jointly develop resources within the joint development zone of the Gulf of Guinea. They then set up a JDA in 2002 to manage operations in the JDZ.

The petition alleged that while STP has actively worked on developing its own part of the zone, Nigeria has largely failed to move forward on its own.
It fingered these unwholesome developments in the JDA as being responsible.

Contentious issues
THISDAY gathered that the reasons why the JDA is currently overwhelmed by corrupt practices; enduring infighting between top executives; and highhandedness in the management of internal operations and human resource issues may not be isolated from official greed.
The petition traced the alleged operational inefficiency of the JDA to these developments, with Nigeria being the biggest loser in all of this.

It was gathered that the petition was submitted to the ministry of foreign affairs asking for its immediate interventions, yet nothing had been done.
In its identification of the contentious issues, the petition noted the unilateral decision of the incomplete board to close down the JDA without any presidential approval, as well as the sack of the pioneer JDA employees.

According to it, this was done after the management collected N350 million from the federal government in March 2016 as operational expenses.

The embattled pioneer employees, the petition added, were allegedly victimised by the management for daring to question several instances of operational misconduct in the agency.
It stated that these people were accused of backing the embattled director at the JDA, Collins Kalabare who until his tenure elapsed was the executive director in charge of monitoring and inspections at the JDA.

Kalabare it explained was at loggerheads with Kashim Tumsah, executive director, finance and administration and secretary of the JDA board over operational irregularities.
According to the allegations, Kalabare had on June 9, 2015 objected to the award of Nigeria’s stake in the JDZ oil block to Equator Hydrocarbons Ltd, a company he alleged was incompetent and unable to operate the block.

His objection, the petition said did not go down well with Tumsah and the board and he was subsequently kept out of the entire process until his tenure elapsed, and no replacement came from the presidency.

It said Kalabare was technically still a member of the board even though he had used up his six years tenure, adding that the operational principles of the JDA allowed for him to continue until a replacement came from the presidency.

It said the oil block – JDZ bloc 1 which Kalabare wanted its award to go through competitive process was a lucrative one.
The petition noted that the award of the block to Equator Hydrocarbons Ltd has yielded nothing for Nigeria as no meaningful development has been recorded so far on it.

“The position taken by the ED M&I (Kalabare) has become evidently clear as the phase 1 of the production sharing contract (PSC) expired since 30th April, 2016, after a four month extension granted by the board, without fulfillment of the minimum work programmer and the financial commitment as enshrined in the PSC,” the petition stated on the status of work on JDZ bloc 1.
It added: “As at the time the phase 1 expired, operator did not submit to the JDA performance bond as provided in clause 7.8b of the signed PSC and the parental guarantee as provided in clause 7.10 of the signed PSC which became due days after signing of the PSC.”

Explaining further the internal brickbats in the JDA, the petition stated that Kalabare was subsequently barred from entering the premises of the JDA on October 7, 2015 when his tenure expired and no replacement for him was appointed.
This action was not supported by employees and following their expression of contrary views on the issues, they were afterwards charged for insubordination.

Decisions by the board
According to the petition, more decisions which it described as erratic were taken by the incomplete board.
These decisions include the institution of an external panel to adjudicate and decide the employment fate of nine employees who they allegedly accused of insubordination.
The petition said the nine employees were said to have written to the country’s secret services and anti-corruption agencies to beam their searchlights on the activities of the JDA, but this did not go down well with the board, hence a letter of indefinite suspension with half salaries was issued to the nine on April 22, 2016.

It noted that after the embattled staff protested their maltreatment and invoked their right of appeal in line with the JDA staff regulations and conditions of service (JSR-COS) which would have triggered an immediate stay of action in line with its section 13.3.7, another letter was circulated to all staff on May 31, 2016, conveying the board’s decision to close down JDA due to lack of fund.

The letter advised everyone to vacate their offices and hand over properties of the JDA.
According to the petition, the closure of operation was however immediately followed with massive recruitment of new workers, majorly relations of influential persons in the country to replace the pioneer employees, whose employments were terminated.
The development also affected nationals of STP who have been asked to leave the country without any form of disengagement settlement.

The petition noted that those affected are reportedly stranded with heavy bills owed on living expenses and other ancillaries.
The action, according to the petition was illegal as the board of the JDA which cited financial constraints for its decision, has no powers to take such decision.

Areas to be investigated
While the petition indicated that Nigeria from the award of the JDZ bloc was already losing possible revenues that could have come from its activeness, it also pointed out that there have been several procurement irregularities at the JDA that require intense probe.
It said procurement for the construction of its headquarter building in Abuja was an example of such and should be investigated by the government.
It also said Nigeria’s share of monies raised in the licensing round and which was shared in the ratio of 60:40 with STP was still in the Central Bank of Nigeria (CBN) following the closure of defunct Hallmark Bank where it was lodged.
According to the petition, efforts to access the fund by the board have reached an advanced stage.

The petitioners thus asked the government to put in place proactive surveillance on the fund to stop the board from gaining access to it considering alleged malpractices at the JDA.
The petition equally alleged that the JDA had its last external audit in 2008 and that it was currently making efforts to net another N350 million from the federal government for operational expenses in addition to the N350 million it allegedly collected earlier in the year.
According to it, the current management of the JDA could also drag Nigeria into an avoidable diplomatic mess with STP and other countries with such alleged official misconducts
The petition also asked the government to immediately enforce the rule of law in the operations of the JDA, alleging that the objectives for which it was set up were being undermined. 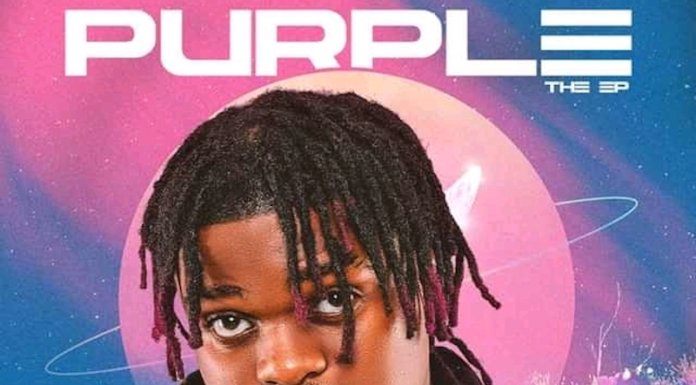