The ECOWAS Community Court of Justice has found the Federal Government of Nigeria guilty for extra-judicial killings of eight persons in the deadly September 20, 2013 raid of an uncompleted building at Apo Residential Area by officers and men of the Nigerian Army and Department of Security Services (DSS).

Twelve other persons also suffered various degree of gunshot injuries during the attack.

The court therefore ordered the payment of $200,000 to the families of each of the persons killed in the raid and $150,000 to the 12 others who were injured from the attacks.

The court described the actions by the security operatives as unlawful, illegal and unjustified.
ECOWAS court rejected the argument of the federal government that the incident occurred in the course of maintaining rule of law
It held that, though the Nigerian Government had a duty to maintain law and order in the society, it had a corresponding duty to protect innocent citizens caught in the cross fire as well as providing remedy for victims who suffer loss of body, limbs and property in the cross fire under international humanitarian law.
The court also found that excessive force was used by the Nigerian law enforcement agencies.

It held that the facts presented before it did not disclose circumstances that warranted the use of lethal force as done by the Nigerian Government on its own citizens.

The court rejected the Nigerian Government’s contention that it law enforcement agencies acted in self-defence in response to gunshots fired at them by occupants of the building.

The court also rejected the Nigerian Government’s claim that it raided the building on account of intelligent report it received that the dreaded terrorist group, “Boko Haram”, was carrying out its activities in the building
The court wondered why the alleged intelligence report was not tendered before the court.

The court further found that the Nigerian Government upon realising that unarmed civilians were also occupying the building, ought to issue warning before embarking on “a shooting spree” which led to the loss of 8 lives with 12 people sustaining various degrees of gun shot wounds.

It described the situation as both shocking, alarming and deserving of condemnation.

The court noted that up till the time of the judgement, the Nigerian Government had failed in its duties under International Law to cause an independent investigation to be carried out after the extra judicial killings.

It noted that the Nigerian Senate Committee which carried out an investigation merely commended the Nigerian law enforcement agencies for nipping the alleged threat to national security in the bud which was in direct contrast with the findings of the National Human Rights Commission (NHRC), the body empowered by Nigerian law to investigate human rights abuses against citizens, which not only condemned the conduct of the law enforcement agencies but also recommended that the Nigerian Government pay compensation to victims of the raid but the Nigerian Government had failed to make the payment till date.

The court directed the Registry to assess cost to be awarded against the Nigerian Government.
The NHRC had earlier found the security agencies guilty of using excessive force when they attacked squatters at the uncompleted building in Apo. 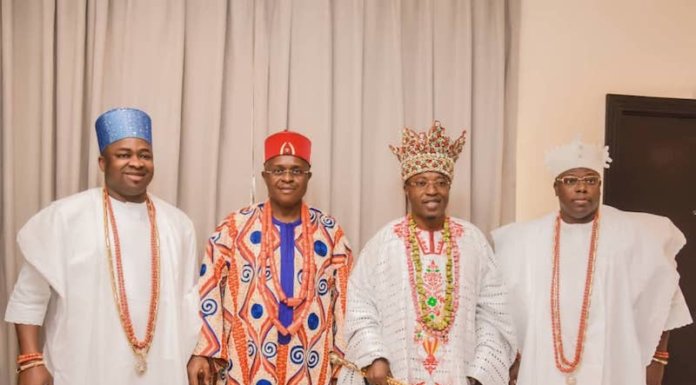