Committee queries Chevron over $7.4bn contract inflation
Omololu Ogunmade in Abuja
The Senate, on Tuesday acknowledged the receipt of the letter from President Muhammadu Buhari, informing it of his trip to London on medical vacation.

The letter was read by Deputy Senate President Ike Ekweremadu who presided over the plenary.
In the letter, the president said he was embarking on a vacation between June 6 and 16 and Vice President Yemi Osinbajo will act on his behalf.

The letter read: “In compliance with Section 145 (1) of the 1999 Constitution (as amended), I wish to inform the Distinguished Senate that I will be away on a short medical vacation from 6th-16th June 2016, while I am away, the vice president will perform the functions of my office.”

Also yesterday the Senate Committee on Gas has queried the alleged inflation of “Escravos gas to liquid project” from $2.9bn  to $10.3 billion, thus implying $7.4 billion increase by the management of Chevron Nigeria Limited.

At a public hearing held in National Assembly, the committee queried Chevron for unilaterally increasing the contract figure without a recourse to its partner, the Nigerian National Petroleum Corporation (NNPC).
The Committee Chairman, Senator  Bassey Akpan (Akwa Ibom North-east), criticised the oil firm over the huge increase, insisting that the company had violated the terms of joint venture agreement (JVA).
He said it was impossible for a project with just 33,000 barrels per day capacity to cost $10.3 billion when a similar project in Qatar with 34,000 barrels per day cost only $1.2billion.

Akpan said investigations into the project were carried out by the sixth and seventh Senate with a promise that the eight Senate would conclude the investigations within the shortest time.
“So, between 2008 and now, the project cost had risen by an additional $5 billion and this is quite worrisome. We need to sit down and look at the cost. It is quite astronomical for you to have the cost that was approved at $2.99 billion with a completion cost of about 10.3 billion.

“We are going to guide our decision by the venture agreement and every other related Act of the National Assembly. We will frown at anybody who breaches the law. I am not satisfied with the explanation they have given. How can I be satisfied. As a Nigerian, I am not satisfied but we need to listen to NNPC.

“I want to assure Nigerians that we would get to the bottom of this. The committee also queried why the share ratio on the project was 75 percent to Chevron and paltry 25 percent to NNPC whereas the previous ventures were done at 60:40 per cent ratio.

Responding, the Managing Director, NNPC/Chevron Joint Venture, Mr. Monday Ovuede, argued that Chevron did not violate JVA because it invited NNPC on several occasions for a meeting.
According to him, when it was clear that the contract had to be reviewed, Chevron notified the NNPC and called for meetings at several occasions which he said the NNPC ignored.

Ovuede therefore said in view of NNPC’s complacency, the company was left with the option of either jettisoning the investment or go ahead with it.

He said: “We decided to act in good faith considering the importance of the project. We feel that we acted in a reasonable and prudent manner because we called for several meetings and NNPC did not attend, we sent request for approval they if not respond.

“Today, that plant is running, we have people employed there would it have been good faith to have allowed all the materials that were purchased to rot away because one partner refused to come to meetings?
“If we didn’t do what we did, the value being released today from EGTL wouldn’t have been realised,” he said.
However, the committee asked Chevron to provide more documents relating to the contract, such as evidence of shareholding, a copy of the letter signed by NNPC GMD indicting Chevron and its reply.
It also asked the oil company to provide details of the joint operating account for the project since inception in 2009 as well as evidence of tax remittances to the Federal Inland Revenue Service (FIRS). 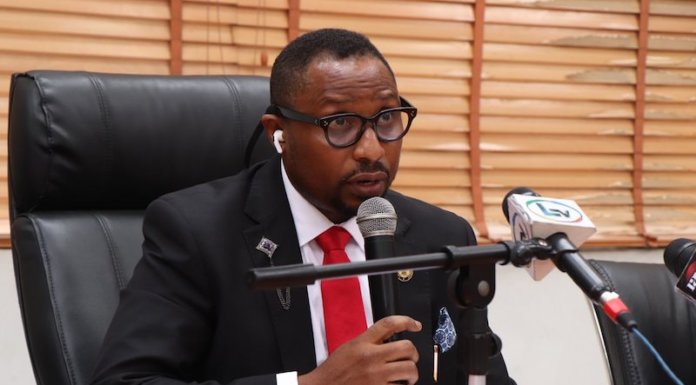