Tackles perm sec   EFCC grills ministry officials over embezzlement of public funds
Paul Obi in Abuja
There was pandemonium yesterday at the Federal Ministry of Health, Federal Secretariat, Abuja as workers in the ministry shut down the ministry, preventing the Minister of Health, Prof. Isaac Adewole and other officials from gaining access to the building for over an hour.

The protesters also tackled the Permanent Secretary of the ministry, Dr Amina Shamaki, whom they accused of corruption, highhandedness and gross misconduct since assuming office in the ministry.
The workers who laid siege on the ministry and hunted for Shamaki, refused to listen to several pleas by the Head of Service of the Federation, Mrs. Winifred Oyo-Ita, to calm down.
It was later learnt that Shamaki was whiskered away by gun-toting security personnel who had accompanied her to the office earlier yesterday morning.

The workers who had been in loggerhead with Shamaki, further shut down power supply, switched off the elevators, calling for the redeployment of the Permanent Secretary from the ministry by the Head of Service of the Federation.
The workers had three weeks ago protested to the Head of Service, accusing Shamaki of corruption and incompetency and demanding that she be deployed out of the Ministry.
The Head of the Civil Service of the Federation immediately swung into action by setting up a committee to investigate the workers’ allegations, while calling for calm.

Later, the HOS assured the workers that the Perm Sec was entitled to security guards as Directors General and that there was nothing wrong with the presence of security personnel in the ministry.  Asked if the committee earlier set up to resolve the crisis has concluded its job, Oyo-Ita stated that the committee set up by her office was still working and a report would be made available in the coming weeks.

Chairman of the workers union, Hassan Habba, narrated how the Permanent Secretary was alleged to have connived with some directors in the ministry to institute a legal action against the ministry in order to carry out her ulterior motives.

The workers also accused her of incompetence and overbearing tendencies.  They alleged that Shamaki had stunted promotions in the Directorate Cadre of the ministry, and had gone ahead to enlist her children in official trips reserved only for ministry officials.

Habba said:  “the Ministry of Health is burning,” alleging that Shamaki had awarded “contract over N100 million without following due process by making payment within 48 hours before closure of capital account May 31, 2016; personalizing government affairs by including members of her family in official trips; abusing government policies; most corrupt Permanent Secretary in Buhari’s cabinet and the conversion of government properties to personal use.”
The workers also expressed shock over the unusual payment of the sum of N5000 as ‘welfare money’ to each person’s amount last week, a move, they alleged was aimed to bribe them.

The workers noted: “The Ministry of Health is now the Ministry of Hazards and Corruption. The ministry has the highest corrupt officers who visit EFCC every month for questioning. Shamaki is not competent enough to be permanent secretary because she is aiding retired Directors who take government to court after serving 10 years.”

When approached to comment on the allegation, the permanent secretary told journalists that, “As a civil servant, I don’t talk to the press. Put your question in writing and the Ministry will reply officially. It is the same thing. I don’t speak to the press. It is against civil service rules.”

All efforts to speak with the minister, Prof. Adewole were not fruitful. Director of Press, Mrs Boade Akinola could not be reached for comments, she also did not return calls put across to her.
Meanwhile, as workers were protesting, the Economic and Financial Crime Commission (EFCC) was grilling some officials of the health ministry over alleged embezzlement of Global Funds meant for HIV/AIDS programmes in the country and the misappropriation of Ebola funds under the last administration.

Chief Executive Officer, Nigeria Centre for Disease Control, (NCDC) Prof Abdulsalami Nasidi, and the Director, Finance and Account of the ministry, Anthony Hassan were believed to have been grilled by the EFCC Tuesday.

In a letter dated  May 23, top officials of the ministry were invited by the EFCC to appear before the commission over alleged criminal conspiracy, embezzlement, abuse of office, diversion of public funds and money laundering.

Other officials of the ministry under the Department of Federal College of Complementary and Alternative Medicine, Health Planning, Research and Statistic/ Millennium Development Goals, Head of Lassa Fever Project/Avian Influenza Programme are expected to appear before the commission within the week.

THISDAY also gathered that the EFCC may also extend the invitation to former ministers of health and information, permanent secretaries and directors who were in charged during the last administration and superintended over the disbursement of the Ebola Funds. 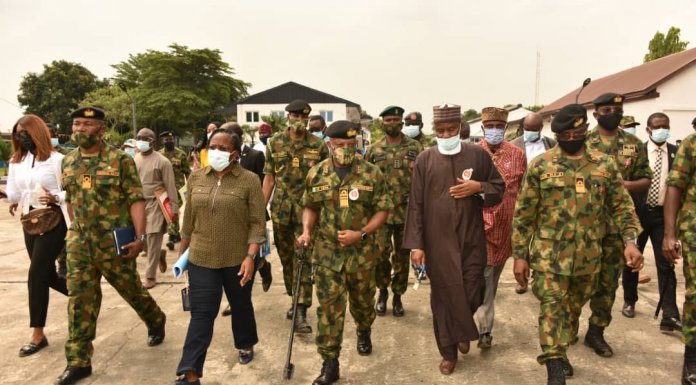 AFRAA Harps on Collaboration by Airlines