To harness a healthy cultural exchange between Nigeria and South-korea, one of Nigeria’s finest theatre artists, Isioma Williams has imported the Korean traditional culture of Jang-gu to the city of Lagos.

His undying love for traditional drums inspired him into fostering a cultural relationship between the two countries with the project tagged ‘Journey of the Jang-Gu Drum to Africa’.

At a press briefing held at the NCAC Building inside the National Theatre, Lagos, Isioma declared that the project would be in four segments including a workshop, Jang-Gu Drumming Competition, Jang-Gu meets Bata as well as the introduction and teaching the Jang-Gu drum in neighbouring countries.

The traditional drum exponent also said that the workshop will help Nigerian drummers in learning the techniques of the Jang-Gu drum for three months while the contest will be for those who have almost perfected the art of drumming. In the end, they will compete for a grand prize, which is the Jang-Gudrum.
The artist recalled his experience in South-Korea and how the traditional drum spoke to him in the dew of the day.

“In my experience as a traditional drum musician, I have vast knowledge of the Nigerian traditional drum as well as some international traditional instruments. As a result of his participation in several cultural exchanges like the one I did at the National Theatre of South-Korea CPI 2013, I experienced the brilliant and amazing Jang-Gu drum. This drum and its drumming technique appealed to me so much so that it painted a semblance of my love for the Bata drums of the Yoruba culture,’’ he said.

Hence, he embarked on this project which would enrich our cultural heritage and add to our wealth of knowledge of cultural parallels.

“This is simply to spread the vibes, connect not only to the African culture but also have a trans-cultural feel of music. ‘Journey of the Jang-GU Drum to Africa’ will aid traditional musicians from Lagos, Nigeria and across Africa to have the drum experience.”

He is of the view that the drum experience will expose young artists to various cultural, religious, geographical and socio-economic perspectives.

The artist, who has organised and participated in several international cultural exchange programmes in countries such as Ghana, South-Africa, Madagascar, Togo and Japan lauded the South Korean government for the scholarship to visit and study in Korea.

The former Director of the Korean Cultural Centre Nigeria, Mr. Kwon Yong IK accompanied by his assistant, Madam Meeyoun Jee, acknowledged the fact that Nigeria has a rich culture.

“Nigeria is a strong cultural nation with many ethnic groups. Isioma is your country’s strong cultural man. He is a proper cultural theatre artiste. It is hard to learn Jang-Gu in six months, but he did. Our cultural centre opened in Abuja in 2010. We shall continue to promote cultural exchange between Korea and Nigeria. This cultural exchange is very vital. And I hope Nigerians will embrace the Korean culture.”

He added that the exchange between the two countries will help Nigeria as well as Korea economically. 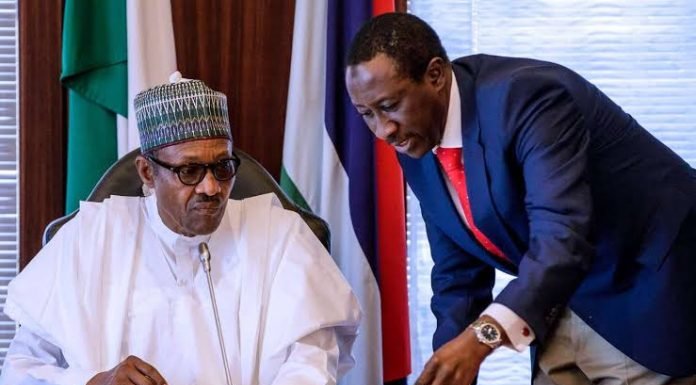 A Disturbing Rise of Afflictions