•Former governor reestablishes mettle as man of the people

•His stunning gift of an expensive Rolls Royce for himself

Yes, the colour theme for the party was wine and gold. All the withered bouquet crowns fell on trodden ground. They sank into the rug among the expensive garbage of empty wine bottles and champagne corks. Memories of tipsy and appreciative folks with tired eyes, hoarse tenors and weary legs evoke random echoes of Otunba Gbenga Daniel’s classy 60th birthday bash and book launch. The high society reverberates even as you read, with rapturous tidings of Daniel’s anniversary, particularly his stunning gift of a N70 million Rolls Royce Phantom to himself.

Few people will forget in a hurry the beautiful daylight of April 10, 2016. On that day, friends, family, business and political associates trooped to the Oriental Hotel, Victoria Island, Lagos.

Dignitaries at the event forgot their worries and ditched the family challenges of the mundane to rejoice with the former governor of Ogun State as he celebrated his 60th anniversary. The sound of the bass reverberated in their chests as they cheered and celebrated the man widely and fondly referred to as OGD.

Daniel is indeed a true man of his people. Many years after he exited the corridors of power, the former governor of Ogun State occupies a soft spot in the hearts of his most trusted business and political associates. His 60th birthday and book launch held at the Oriental Hotel, is a worthy testament to his enduring popularity and acclaim.
As the party kicked off, the five-star hotel shook from the base to the rafters as the deluge of encomiums and applause caused its hallowed chambers to tilt in honour of the man fondly referred to as OGD.

Yeye Funke Daniel dazzled like a diamond
Many a man or woman who had won and tasted power or had it imposed upon him or her, with much understatement, find it extremely difficult to adjust to life without power. Stripped of the accoutrements and delightful frills of office, they wander about donning masks of moral fiber and nurturing behind their masks, an appalling and impregnable conceit of themselves. They find it even more cumbersome to relate with ordinary folks they had known before they came by power. Ultimately, they choose to live lives of quiet displeasure if they no longer have access to the corridors of power. Caught amid ordinariness, if they do not blow their own trumpets, it is because they feel you are not fit to listen to the performance.

However, Yeye Olufunke Daniel, former First lady of Ogun State and the wife of the celebrant, is remarkably different from such characters. Since she left office with her husband, she has been very quiet. A very nice and decent woman, she maintained a life of pleasant decorum and sociability while in office and even outside the corridors of power. Beneficiaries of her friendliness testify that when she was the first lady, she honored all invitations to events and high-octane parties. Funke was as usual, in her element as she radiated faultless beauty and delight that has kept her husband persistently head over heels in love with her through the years.

A festival of life and spectacular rhythm
While OGD played host to a stream of family, friends, business and political associates, the Oriental Hotel pulsated with pomp and glamour. The elaborate event, which paraded top politicians, respected monarchs, society big wigs and captains of industry, saw King of World Beat, Sunday Adegeye, famously addressed as KSA, perform to the delight of the guests. As KSA thrilled the audience to delightful music, their hair stood on end and they tipped over in merriment – their joy spilling from their souls into the air and sky high into the blue firmament.

The stage exploded inwards and outwards in colorful bursts, the bass and treble guitars black strumming and buzzing to mesh with the cymbals and drums in a thunder clap. Enthralled, the guests moved in gaiety, tap dancing and swaying to the beat; as if they meant to enact a madhouse jamboree.
The melody reverberated through the halls and passageways of the Oriental Hotel and climbed straight up into the atmosphere, drawing excited and muted sighs of pleasure from staff members and guests at the hotel involved in separate occasions at the time of OGD’s festivity.

The venue was a convergence zone for the high and mighty from different parts of the country. The carnival-like birthday which kicked off in Sagamu, Ogun State on April 6, was rounded off amid pomp and pageantry, parading influential politicians, powerful traditional rulers, society big wigs and captains of industry. The celebrant and his delectable wife, Yeye Olufunke Daniel, danced to KSA’s spectacular beats. KSA thrilled the guests till they departed. Ibidun Ighodalo was the event planner and the decor was characteristically out of this world.

That curious snag…
The only snag that almost dampened the celebration was the absence of frantically displayed adverts by political jobbers and favour seekers craving the support of the celebrant. Back when he was in power, the major newspapers would have been awash with random advertorials celebrating the worth and essence of the celebrant.

Import of OGD’s anniversary
Otunba Daniel’s 60th anniversary marks something of a comeback for the Ijebu political titan, whose political exploits appeared irretrievably tainted by the internal wrangling and power tussle that afflicted his party, the Peoples Democratic Party (PDP), en route the last general elections. Things looked as if they couldn’t get worse, but they did, as the PDP lost the elections to the ruling All Progressives Congress (APC). For Daniel, however, the reality of his comeback had always been part of public political discourse. The most extraordinary characteristic of Daniel is his ability to endure and renew.

No politician has faced down greater existential challenges or perfected the technique of quiet adjustment to shifting realities with greater skill than OGD. The throngs that packed the Oriental Hotel to celebrate with him may have been caught up in the romance of a story sprinkled with the residual stardust of the celebrant’s iconic politics and the fairy-tale plot line of a nice but ordinary politician and statesman snaring the hearts and loyalty of the grassroots and his most formidable associates and rivals. But they would not have turned up at all if not for Daniel’s achievement in navigating more than his share of tumult.

Born April 6, 1956, Daniel was a two-time governor of Ogun State from May 29, 2003 to May 29, 2011 thus making him the longest serving governor of the state. As governor, he attracted heavy criticisms and commendations as well. He constructed the new government secretariat at Oke Mosan which brought all the state ministries together in one administrative complex. His programme on Public Private Partnership attracted several businesses into the state during his tenure. He is well commended by majority of the people of Ogun State who believe his government was people friendly.

Daniel went back to his company, Krestal Laurel, and has since continued funding youth development initiatives within Ogun State. He founded The Political Academy; an Academy he has used to train thousands of youth teaching them about the history of the country and political process. As a result, many youths in Ogun State have become highly politically aware and interested in politics. He has been enjoying massive support from the youths of the state.

In a recent development, some youths came together and formed a network of young historians of Nigeria to set the right records about important historical happenings in Nigeria. The project was given the name Project Correct. They clamoured for the right stories to be told about Gbenga Daniel claiming that he is a good political leader who deserves to be honoured for national and grassroots politics in the country.
Although many more people would contest that the massive turnout for his 60th birthday and book launch established his mettle as a prominent politician and grassroots leader. 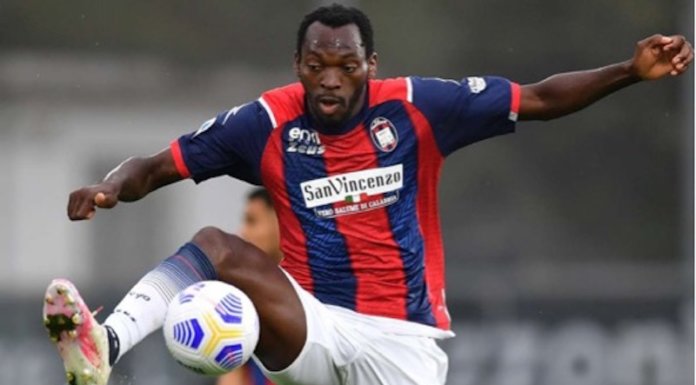