The United Nations (UN) Secretary-General Ban Ki-moon has hailed 2015 as a year of “crucial milestones” for development, while opening the inaugural session of the UN Economic and Social Council (ECOSOC) Forum on Financing for Development Follow-up at the UN Headquarters in New York, USA.

He said the Addis Ababa Action Agenda, together with the 2030 Agenda for Sustainable Development and the Paris Agreement on climate change, are “triumphs of multilateralism”, in a release by the global body.
“I urge each and every one of you to take action and show leadership,” Ban said. “We must all play our part in this global endeavour, from governments and international organisations, to financial and trade institutions, the private sector and civil society.”

The Forum, which ran from Monday (April 18) to Wednesday (April 20) included the Special high-level meeting of the Council with the Bretton Woods institutions, the World Trade Organisation (WTO) and the UN Conference on Trade and Development (UNCTAD).

The inaugural session featured presentations by the heads of the major institutional stakeholders and of intergovernmental bodies of these institutions, followed by statements by Ministers and other high-level officials, with an interactive dialogue between UN delegations and senior officials from World Bank and International Monetary Fund (IMF).

The Secretary-General recalled that this past July, world leaders gathered in Addis Ababa and adopted a comprehensive framework to mobilise and deliver the resources, technology and partnerships needed for sustainable development. He added that he looked forward to the signing ceremony for the Paris Agreement in New York later this week.
“We have the collective responsibility to turn these landmark agreements into tangible actions,” Ban said. “The time for implementation is now.”

Noting that the financing requirements to achieve the Sustainable Development Goals (SDGs) are estimated to be in the order of trillions of dollars annually, Ban stressed that mobilising such resources would be a significant challenge, particularly at a time of continued economic uncertainty and financial constraints.
The Addis Agenda contains more than 100 concrete policy commitments that draw on all sources of finance, technology, innovation, trade, debt and data to support the 2030 Agenda, he said.

The Secretary-General also called for stronger commitment to humanitarian financing, which will be one focus of the first-ever World Humanitarian Summit that he is convening in Istanbul on 23 and 24 May.

In opening remarks at the Forum, the President of ECOSOC, Oh Joon, highlighted that the launch of the forum marked a new chapter in the history of the financing for development process.

The ECOSOC President noted that for its part, the forum serves as a primary platform for policy dialogue on financing for development follow-up. It is tasked with assessing progress, identifying challenges and facilitating the delivery of the means of implementation. It is also expected to promote sharing of lessons learned at the national and regional levels, while addressing new and emerging topics.

The overall theme of the forum is ‘Financing for sustainable development: follow-up to the Addis Ababa Action Agenda.’ The inaugural segment began with a special high-level meeting with the Bretton Woods institutions, the WTO and UNCTAD. 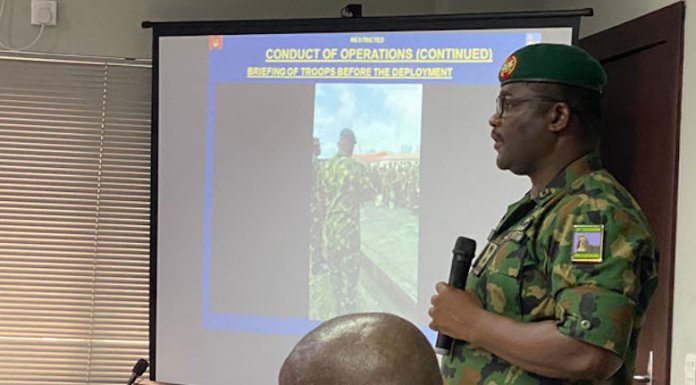