Under the system, cases filed at the Supreme Court will be scanned into the system and the old manual method would henceforth run parallel with the new technology.

The Chief Justice of Nigeria (CJN), Justice Mahmud Mohammed, monday announced the commencement of the innovation while declaring open the 2016 refresher course organised for magistrates on current trends in law and administration of Justice by the National Judicial Institute (NJI) in Abuja.

Justice Mohammed described the commencement of the automated system as the great first step for the Nigerian judiciary which “we all must be proud of.”

The CJN said: “The future is here and now, so we must seize this success as we anticipate a ripple effect in other jurisdictions and the various levels of the judiciary.

“Once fully operational, all cases, regardless of the status of litigants, will be administered more expeditiously and efficiently in our courts, using e-tools that will speed up justice delivery immensely.
“I make bold to state that the NCMS is the subject of attention and collaboration from other commonwealth judiciaries around the world.

“In February 2016, the National Judicial Council (NJC) signed a Memorandum of Understanding (MoU) with three judiciaries of the Caribbean region and the National Centre for States Courts. They are Eastern Caribbean, Barbados and Trinidad and Tobago. These judiciaries, despite boasting about 15 years’ experience of using a Case Management System (CMS), have decided to abandon same in order to adopt the Nigerian model.

“I believe that with the development and deployment of such technologies and the building of our capacities, through courses such as this, the Nigerian judiciary will benefit immensely and positively.”

Justice Muhammad also announced another innovation, the Nigerian Legal Email System (NILES) which is being undertaken by the Supreme Court in conjunction with the Nigerian Bar Association (NBA).
He said the NILES aimed to create an official e-mail, which would be verifiable and allow lawyers to communicate securely with the court and with one another.

“These are examples of innovations which are currently being rolled out, and I urge participants to get ‘on board’ by actively embracing same in order to improve justice delivery in your respective jurisdictions,” he added.

The CJN commended the Lagos State judiciary for the innovations that it was currently utilising, should decongest its courts and facilitate justice delivery within its jurisdiction.

He expressed the hopes that these innovations would reduce drastically, delay in criminal trials.
The CJN admitted that delay in trials of criminal cases remained a major challenge confronting the nation’s justice system.

According to him, more often than not, trial delays are caused by the antics of parties and to some extent the court, which results to unnecessary adjournment.

“Often, prosecutors or defence counsel are unable to present their cases or witnesses, and investigating police officers are often unavailable or transferred, so there is sometimes lacking in the diligence of rendering legal advice on whether there is a prima facie case to prosecute, an increased use of preliminary objections, unnecessary legal devices for delaying trials and a myriad of others too numerous to mention here,” he said.

He also stressed the need to reduce the backlog of cases especially in criminal matters which he said had contributed to the congestion of prisons, and therefore expressed optimism that the course would provide an avenue to device ways of achieving this.

“I find it distressing that many criminal trials are not given the attention that they deserve.
“I urge you to accord criminal matters priority as it had been the legal tradition and not to unduly delay proceedings

“For emphasis, I wish to draw your attention to Section 35(4) and 36(4) of the 1999 Constitution of the Federal Republic if Nigeria (as amended), which have the combined effort of underlining the need to expeditiously try criminal matters in view of the various fundamental rights that an accused is deprived of, especially when in custody or detention.

“On our part, the Nigerian judiciary will continue to actively pursue lasting structural and ethical reforms that will better position it to meet the aspirations of the average court user for a speedy, affordable and transparent system of administration of justice.”

Earlier in her welcome address, the administrator of the National Judicial Institute (NJI), Justice Rosaline Bozimo (rtd), said magistrates were chosen for the training because they handled ‘the bulk of the matters affecting the public, and are the closest to the grassroots.’

According to her, about 70 per cent of cases come before magistrates and quite a number of these cases are concluded at the magistracy level.

She said: “It is because of this strategic role which magistrates perform that the Institute saw the need to organise this refresher course.” 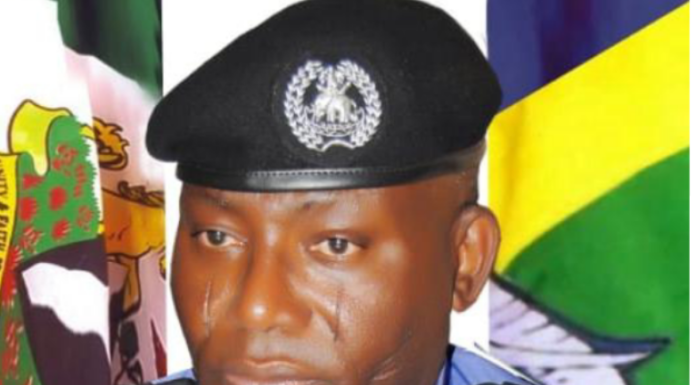