A new report by the Boston Consulting Group (BCG) has posited that for Nigeria to unlock its potential and achieve sustainable improvement in well-being of its citizens, the country must take concrete steps to optimise five key sectors namely, infrastructure, education, health, governance and civil society. The report acknowledged vast human resources and mineral wealth and growing political stability as important in the pursuit of well-being of the people.

The report noted the country’s heavy reliance on oil at the neglect of other sectors with immense revenue generating potential including agriculture and mining, and rated the country as lagging behind other countries with similar challenges.

It ranked Nigeria 142nd out of 149 countries, lamenting that Nigeria was yet to make some meaningful advances against some long-standing problems including poor governance, corruption, widespread poverty and inadequate infrastructure.

“Addressing the current economic challenges in Nigeria and unleashing the energy and drive of its people will require action by the government—most notably in infrastructure, health, and education. Improvements in those areas will create sizable, positive ripple effects throughout the economy, including possibly a surge in foreign direct investment. Focused and sustained effort can yield real progress—and raise the well-being of all Nigerians,” the report stated.

“But major challenges stand in the way of such progress. Low oil prices have sent the naira plummeting and could lead to a serious economic slowdown. And the country has yet to make meaningful advances against some long-standing problems, including poor governance, corruption, widespread poverty, and inadequate infrastructure.”

To understand actions that could effect real change in Nigeria, the group studied the country using The Boston Consulting Group’s Sustainable Economic Development Assessment (SEDA). SEDA is described as “a powerful diagnostic tool designed to provide insight into the well-being of a country’s citizens and how effectively a country converts wealth, as measured by income levels, into well-being.”

The report noted that, “Nigeria, the largest economy in Africa, grew at a compound annual rate of 7.5 per cent from 2000 through 2015. However, Nigerians overall are still very poor- 82 per cent of the population lives on less than $2 per day, compared with 26 per cent in South Africa.

According to the report ”One factor is the dearth of value-added manufacturing. As a result, there has been little job creation or poverty reduction despite a decade of strong GDP growth. Today, the country’s reliance on the oil and gas sector is creating major economic headwinds. Certainly, the domestic economy is quite diversified, with energy representing only 13 per cent of GDP. But energy is the only significant export, making it the country’s primary source of foreign exchange, and it accounts for 70 per cent of total government income. And falling oil prices are contributing to an economic slump – GDP growth in 2015 slowed to an estimated 2.8 per cent,” the report stated.

SEDA examines each dimension along two time frames,” he added.

The report obtained by THISDAY also stated that, “SEDA also examines the connection between wealth and well-being through two coefficients: The wealth-to-well-being coefficient compares a country’s current level of well-being with the level that would be expected given its GDP per capita (based on purchasing-power parity). The expected level is represented by a coefficient of 1.0, which is based on global averages.

“The growth-to-well-being coefficient compares a country’s recent progress in well-being with the level that would be expected given its GDP growth rate. Again, the expected level is represented by a coefficient of 1.0, based on global averages. 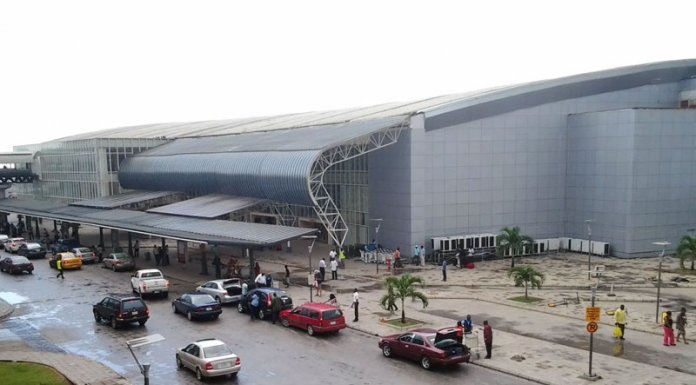