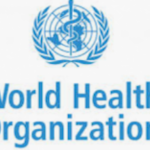 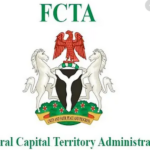 The federal government has said the estimated annual cost of cybercrime to Nigeria is 0.08 per cent of the country’s Gross Domestic Products (GDP), which represents about N127 billion.

The National Security Adviser (NSA), Maj-Gen. Babagana Munguno (rtd), stated this monday during the inauguration of the Cybercrime Advisory Council, at the Office of NSA (ONSA), Abuja.

Munguno who is the Chairman of the 31-member Council, lamented that the cost of to the nation is quite significant, saying that the “activities of hackers and cyber criminals in recent times have threatened government presence, economic activities and security of Nigerians and vital infrastructure connected to the internet. “

He said: “The 2014 Annual report of the Nigeria Deposit Insurance Corporation (NDIC), shows that, between year 2013 and 2014, fraud on e-payment platform of the Nigerian banking sector increased by 183 per cent. Also, a report published in 2014 by the Centre for Strategic and International Studies, UK, estimated the annual cost of cybercrime to Nigeria at about 0.08 per cent of our GDP, representing about N127 billion.

“Global tracking of cyber-attacks indicate that Nigeria is among countries with high cases of software piracy, intellectual property theft and malware attacks. The situation is a serious challenge to our resolve to take advantage of the enormous opportunities that Internet brings, while balancing and managing its associated risks.”
According to him, the situation was made possible due to lack of awareness of cyber-security and poor enforcement of guidelines and minimum standards for security of government websites, particularly those hosting sensitive databases of Nigerians.
The NSA, emphasised the need to take serious action to protect our national cyberspace as a national security requirement.

Munguno added that the importance of serious action to protect the nation’s cyberspace, increased tremendously with growth in number of Nigerians connected to the internet, from less than a million in 2003 to over 80 million in November 2015.

He warned that “any serious attack or interference to the operation of Nigerian cyberspace will have negative impact on national economy as well as on public health and safety”, adding that “our national cyberspace has become a critical information infrastructure and protecting it, is a matter of importance”.

Munguno listed some of the common cyber-crimes in Nigeria to include: computer virus and malware infections, identity theft and privacy invasion, fraudulent electronic transaction, and theft of intellectual property.
Other are: radicalisation and violent extremism, terrorism perpetrated through the cyberspace, website hacking and defacement; and distributed denial of service attack, amongst others.

Consequently, he said, effectively managing the risk of cybercrime requires government, organisations, private sector and civil society to cooperate and collaborate with Federal government developing “ways of countering the threats” including the review of the Evidence Act 2011 to accept electronic evidences in court.

While inaugurating the Council, the Attorney-General of the Federation (AGF) and Minister of Justice, Mr. Abubakar Malami (SAN), charged them with functions and powers aimed at addressing the issues and challenges relating to standards, coordination and valuable technical cooperation, particularly in the areas of policy, legislation and capacity building (such as training of cybersecurity personnel, investigators, digital forensics personnel, prosecutors, judges and lawmakers)”.

According to Malami, “these functions and powers, set out in Section 43 of the Cybercrime (Prohibition, Prevention, etc) Act, 2015 are fundamentally relevant to the continuing fight against criminality in the online environment, which is needed for the political, economic and social development of our nation”.

He said that the work of the Council will reinforce and enhance the implementation of the Cybercrime Act, 2015, and as well as the National Cybersecurity Policy and Strategy, which outlined the legal, institutional and technical frameworks needed to drive the nation’s preparedness to fight cybercrime and protect Nigeria’s national interest in its engagement in cyberspace.

“Considering the borderless nature of cybercrime and emerging cybersecurity threats, the only viable way forward in fighting cybercrime is through multi-stakeholder, inter-agency, bilateral and multilateral collaboration and cooperation,” he remarked.