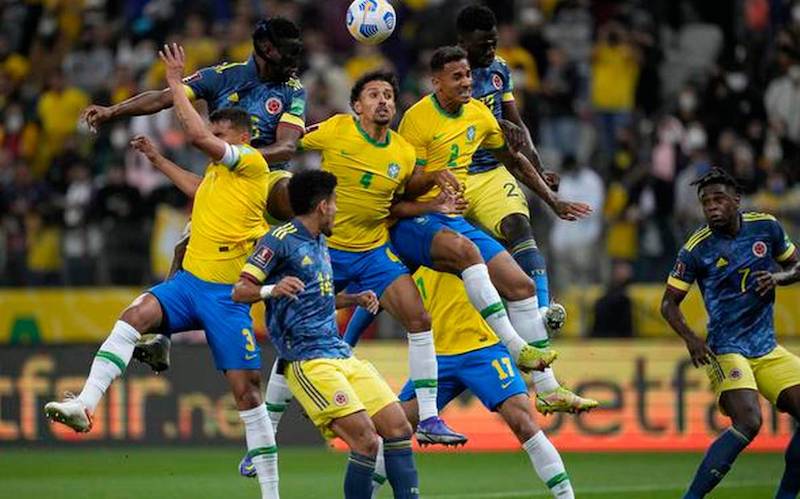 It’s hard to believe because it’s currently November and not June, however, will the 2022 World Cup be won by Brazil, the betting favorite? Or could France become the first nation to repeat the feat to win the world cup consecutively since 1962? Is Spain’s new golden generation piloted by teenagers like Barcelona midfielders Gavi and Pedri as good as its previous golden generation? Does Lionel Messi have enough left in the tank to lead Argentina to glory and further cement himself as the G.O.A.T.? Is football finally coming home? Which squads could shock the world? Is there any shine left on Belgium’s underachieving golden generation? These were the questions on the mind of bookmakers.

The obvious team to start with is Brazil. The Seleção has the shortest betting odds to win in Qatar. Brazil is also ranked first by the FiveThirtyEight Soccer Power Index. Its squad features superstars from the world’s biggest and most competitive leagues — players like Alisson (Liverpool), Casemiro (Manchester United), Gabriel Jesus (Arsenal), Neymar (Paris Saint-Germain), Raphinha (Barcelona) and Thiago Silva (Chelsea). In fact, Brazil is so stacked up front that it left Liverpool forward Roberto Firmino off the squad, despite the fact that he ranks ninth in the Premier League in non-penalty expected goals per 90 minutes.

Spain. La Roja enters the tournament in something of a strange position probably not as great as the iteration that won three consecutive major tournaments from 2008 to 2012 but certainly good enough to be considered a contender. Our model thinks Spain is the second-best men’s national team in the world, and gives it the second-best odds at winning in Qatar (11 percent). Jordi Alba and Busquets are the only players remaining from the team that completed an historic treble at Euro 2012 in Kyiv.

France, the defending champion enters the tournament with the third best odds according to our model (9 percent). Les Bleus have plenty of continuity; from their cup-winning squad four years ago. For instance, Ousmane Dembélé, Olivier Giroud, Antoine Griezmann, Hugo Lloris, Kylian Mbappé, Benjamin Pavard and Raphaël Varane. However, the current Ballon d’Or holder Karim Benzema got injured during training in Qatar and missed going to the World Cup. With Benzema out, the likes of Dembélé and Mbappé are still a threat and France will be amongst the most dangerous teams in the attacking third in Qatar.

Finally, there’s Argentina. La Albiceleste will likely go as Messi goes. Messi is 35 now, but he’s still among the game’s elite players. After a slow start to his time in Paris, he’s now shredding Ligue 1 defenses with the same regularity he shredded La Liga defenses for the previous decade plus. The same is true in the Champions League. So far this season, Messi has 26 goal contributions in just 19 matches across all competitions. Messi has probably done enough in his career to stake sole claim to the G.O.A.T. moniker, no matter what happens in Qatar. But a World Cup championship would remove any doubt.