How Apps Can Enhance App Performance During the Holiday Shopping Season 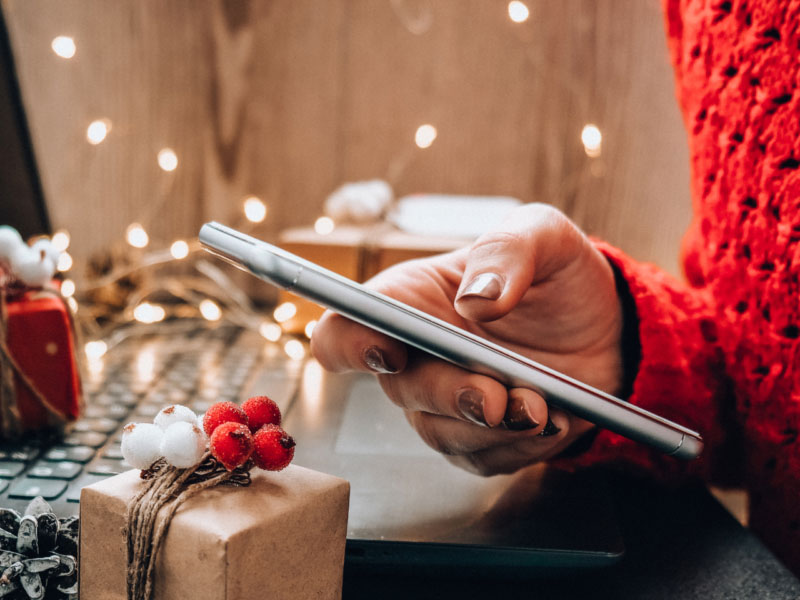 The holiday season has officially kicked-off, withBlack Friday being one of the busiest times of the year for the e-commerce sector; as well as Christmas and the New Year just a few weeks away. Growing consumer trends have drastically changed the state of e-commerce in Africa, with more people than ever shopping online and via mobile apps (a trend accelerated even further by the Covid-19 pandemic).

We all hate it when our mobile apps crash, or even freeze for just a few seconds. Mobile apps and websites need to be ready to cope with an expected increase in traffic and as well as maximize their SEO optimization. Across Africa, between January 2021 and September 2022, installs for shopping apps peaked in November 2021; growing by 27% between September and November.

In South Africa, spending on shopping apps between January 2021 and September 2022 peaked in November 2021 (aka Black Friday month), and between October and November there was an increase in spend of 53% leading up to Black Friday.

Such high volumes of sales during the holiday season can be stressful for online retailers and marketers, as there are several technical issues that could arise causing mobile apps and websites to crash, resulting in frustrated customers and a potential loss of revenue.

In order for developers to cope with demand, it is crucial that the main causes of these potential crashes are identified and addressed. Some of the most common technical problems that cause mobile app and website crashes, and how to forestall them, are outlined below:

Although many developers desire a rise in traffic on their mobile app or website, it could prove disastrous if not well managed. Infrastructure that is designed to sustain a certain number of  users for example, will undoubtedly crash if demand reaches 10 times that capacity.

The fundamental reason for an app crash is the number of requests it needs to make with a server to complete a user request. The more requests, the greater the chances of an app slowing down and crashing.

The easiest back-end fix for this is reducing the number of calls an app needs to make with a server.

Connectivity is key to strong app performance, and is one of the first things developers should consider. There are a few easy ways to immediately improve app performance, including reducing the number of URL redirects on your screens, and using a mobile-friendly alternative to Flash.

Similarly, if the back-end server response time is slow, your app will be slow, so where possible, avoid reliance on free or inadequate hosting services that offer minimal support. Having a back-up server also ensures that users can access your app with the same launch and load speeds they’re used to, even if the main server is down. Keeping a native database guarantees that even if a server goes down, the user’s data isn’t in danger.

If there are any connectivity breaks, for whatever reason, keep your customers informed of the problem and an expected time frame for a solution. Transparency is vital in keeping users loyal and avoiding churn.

Speed is important, but it’s irrelevant if the user can’t interact and engage with the app even if it’s launched. Developers should consider having the right screen size for different operating systems and consistent images and font sizes. Content created for a desktop won’t render well on a mobile screen, and users will be forced to zoom in and out to get all the information they need. Having uniform font and image sizes also allows users to interact with the app immediately.

Phones only have so much memory and battery life to spare, so the less drain your app can cause on both, the better your UX will be as a result.

Worst case scenario, these performance issues can end up causing the app to terminate. Memory leaks, push notifications and continual app usage can affect both memory consumption and battery life. Consider advising users to turn off battery-draining features like GPS and Bluetooth when they’re not in use. Not only will this increase your UX, but it will also position your app as one that keeps the consumer’s overall experience top of mind. After all, having an app that drains battery won’t just impact the user experience of that specific app, it will have a knock-on effect for other apps too.

A mobile app or website that crashes frequently is a bottleneck even the most loyal customers will not tolerate. Besides losing a substantial fraction of your customer base, these issues will ultimately lead to larger business problems. As we enter into the holiday shopping season, where we’re likely to see increased app traffic, being able to mitigate any potential failures will be critical for apps.