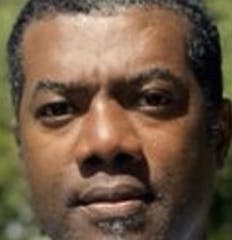 On Thursday, November 17, 2022, Peter Obi was in Port Harcourt on the invitation of Governor Ezenwa Nyesom Wike to inaugurate the Ikoku Flyover.  While there, his garrulousness landed him in hot water twice.

Firstly, he was shown as a Machiavellian politician to whom the end justifies the means, when he tried to pull off a devil’s bargain with Mr. Wike. He said on camera as follows:

Many of his non-hardcore supporters were shocked at the comments. A number of them said even if he must make such a bargain, he should have been circumspect enough not to do so publicly.

Definitely, the Labour Party heard what Peter Obi said in Port Harcourt about the Peoples Democratic Party and its gubernatorial candidate. This proves what I have always said: Peter Obi is not compatible with Labour’s ideology. He is just using them as a vehicle to contest the election. And like he did with their Rivers guber candidate, he will sell them out for his selfish benefit at the slightest opportunity. Obi is a trader for profit, not a leader or prophet!

For example, Obi’s plan to eliminate import restrictions is anti-labour. It will flood Nigeria with cheaper foreign imports and will particularly affect the textile and agricultural industries. He is not yet President, and he is already selling out labour. He is a trader, not a leader. He will always sell out!

And by asking Rivers residents to vote PDP for Governor and vote him for President, we see that Obi does not care about Labour. He cares only about himself!

Imagine that you are the Labour Party gubernatorial candidate. How would you feel, after spending money and resources to campaign for yourself and Obi, to hear the same Obi bargain away your position for his own personal benefit? And this is a man who said it is the people who are his structure. Now, he is appealing to Wike! How is Obi different from your regular desperate politician?

And the gubernatorial candidate of the Labour Party in Rivers state, Mrs Beatrice Itubo, was even ill and on admission at a hospital. Sadly, Peter Obi did not think it fit to visit her. He was too busy cutting desks with Wike at her expense.

But it was what he said next that further exposed Obi as a politician who plays hard and fast with the truth. Mr: Obi, in trying to take a jab at Bola Tinubu, said:

“Everyone knows where I was schooled and my schoolmates. Not some people that no one knows their schoolmates or the schools they attended.”

He then further said:

“Peter Odili was my senior at (CKC); we played football together. If Odili is not able to play, just know we have lost that day,” Mr Obi while taking an apparent swing at the credibility of Bola Tinubu of the All Progressives Congress at a rally in Port Harcourt.”

The thing is that that statement (which he made on camera and cannot deny) is factually incorrect.

Peter Odili is 74. He is 13 years older than Peter Obi. Odili was born in 1948, while Obi was born in 1961. In fact, according to her biography, by the time Hon. Justice Mary Odili met her husband, Peter Odili, in 1974, he was already a medical doctor.

At that time, Peter Obi was in form 2. Please research it. The timelines are impossible. Except Obi is lying about his age, there is no way he could have been at Christ The King college with Peter Odili. In fact, at the time Obi was at CKC, Odili was already a medical student.

But why does Obi lie so much? This is not his first blooper. This is the latest in a series of blunders. And when I busted this lie, Mr. Obi’s Obidients tried to use the civil war as an excuse to say that it delayed Dr. Odili at Christ The King College. Bollocks!

Why? Because in his autobiography, Conscience and History-My Story, Dr. Peter Odili revealed that he had finished his studies at CKC by 1966, when Peter Obi was only five years old,

According to him, he gained admission at University College Ibadan, but could not resume due to the civil war. After the war, he began pre-med at Nsukka in 1970, and became a medical student by 1971. Obi lied. Accept it!

Peter Obi’s lie was unnecessary. He could have just said ‘Peter Odili can attest to the fact that I went to CKC College’ and stop there. He had to embellish it with that football story. A person who lies unnecessarily may also steal unnecessarily! It shows a pathological pattern in his behaviour.

When that was revealed as a lie by The Cable Newspaper, Mr. Obi amazingly denied saying it, when it was even captured on video.

Now, he has denied saying he met Peter Odili at school and even played football with him. He claims that he was misunderstood. I watched the video again. There was no misunderstanding. Obi was crystal clear. It is impossible to misunderstand a person who lied with such lucidity and clarity.

The fact is that Obi is a very dishonest and irresponsible man. Irresponsible, because he lies and refuses to own up to his lies, and rather, blames his lies on others.

Below are some of Mr. Obi’s most remarkable lies. I must add that they were all captured on video.

Eleven of the many lies told By Peter Obi!

1. I employed 60% of Anambra people in IBL Brewery (IBL employs less than 0.06% of Anambra’s population).

3. I did not leave debt in Anambra (actually he left debt, according to the Debt Management Office).

4.  Tinubu sent out WhatsApp messages against me that I would destroy Lagos (actually, the blast was sent out by Powell Glad Legbe, an Obidient).

5. Nigeria exported less than $30 billion in 2021 (Nigeria has exceeded $30 billion exports for over a decade).

6. I am the first Governor to be impeached and reinstated in Nigeria (actually Ladoja was the first).

7. I have never been involved in corruption (according to the International Consortium of Investigative Journalists, Peter Obi corruptly ferried money out of Nigerian and stashed them in secret accounts).

8. My investment in SABMIller now worth $100 million (actually, the Obi government’s investment of $12.24 million is now worth only $5.38 million)

9. The Governors of the Southeast founded ESN (actually, ESN was founded on December 13, 2020 by Nnamdi Kanu).

10. I have only one wristwatch (Peter Obi has been photographed with multiple wristwatches).

And in this present instance, it is not as if Obi voluntarily confessed that he lied. He did not act altruistically.

Obi waited until we unearthed proof from Dr. Odili’s biography before fessing up to his lie. He was forced to come contrite! Obi and his Obidients were too busy trying to fault Tinubu’s claims of graduating from Chicago State University that they forgot to put their Odili lie together.

And thus is a man who likes to say go and verify at the slightest opportunity!

If Waziri Atiku or Bola Tinubu tells even half of the lies Obi has told, he and his Obidients would have run them out of town.

Again, it is the contradiction that just gets to me. Obi is the least honest candidate, having been caught telling so many lies, yet he boasts of integrity. He is the most educational backward candidate (Kwankwaso has a PhD, Atiku has a Masters, and Tinubu has a second class upper, while Obi has a second class lower in Philosophy), yet he claims to be the most qualified candidate. He has the least achievements (to the extent that his major claim to fame is a beer brewery as his major achievement), and still posits that he is the most experienced candidate.

He says he wants to move Nigeria from consumption to production, yet his signature policy thrust is to eliminate every import restriction, and he is Nigeria’s single largest individual importer of foreign goods. He claims that former leaders ruined Nigeria, yet runs from one former President to the other former head of state, seeking endorsements. He claims to be richer than President Biden (Biden is worth $8.2 million), and says he does not give shishi, but went to America to solicit for funds (meanwhile, in his own backyard, Southeast businessmen donated N1 billion to Bola Tinubu and ignored him).

He says he sympathises with the Wike-led G-5, yet the chairman of his party, and the Director General of his party are from the South, just like him. He says he developed Anambra into a place to be, yet   lives in Lagos. He told Nigerians he wants to unite the country, yet said he would dialogue with an IPOB that wants to divide the country. He preaches religious tolerance, yet went to a church to say (and these are his exact words “please the church wake up. Take back your country”.

He claims not to fly private jets, but has been pictured multiple times coming out of a private jet, or a hired charter flight. He wants Nigerian youths to be his structure, yet his own youthful children are abroad and have NEVER joined him on the campaign train to be part of his fabled structure.

How can one man have so many contradictions? We missed the warning signs with Buhari. Are we going to repeat history in 2023?

You delete old photos and videos so that you can have space for new ones on your phone and laptop. Are you not aware that you need to do the same thing to your mind? Delete old hurts and grudges, so that good memories will have space to stay in your mind! When milk is fresh, it is good for drinking and for tea. When it is shaken, it produces butter. When it gets infected with bacteria, it becomes yoghurt. Be like milk. Use everything that happens to you, good or bad, to your advantage. Let them all add value to you. Delete the bitter so the better can have space to manifest!