2023 Interrogatories: Their Battle with Corruption 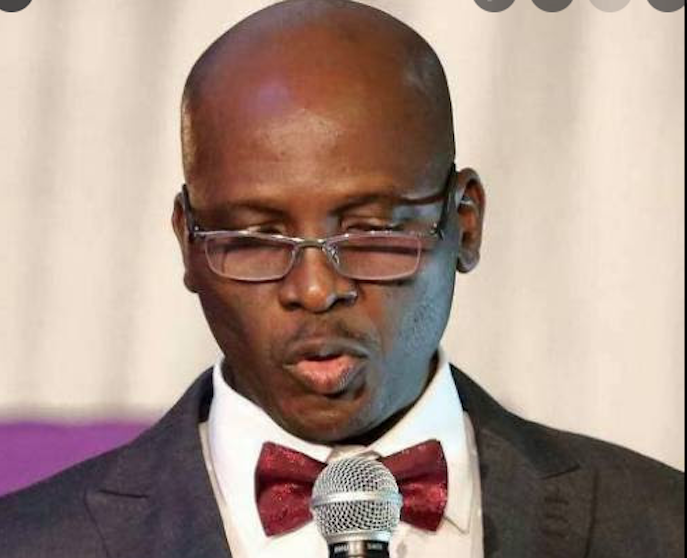 Corruption…perhaps the most abused word in Nigeria….yet the most discountenanced despite its pernicious and devastating effects on the lives and futures of our people. Understandably, not all the presidential contestants are fond of dwelling on this red-herring issue, for obvious reasons – whether real or imagined. Part of which explains why there is not enough data or comments made by two of the leading combatants – the same who have been struggling through the years to fend off toga of alleged corrupt practices which their traducers have been slinging at them.

If you dig slightly deep enough as a supporter or an antagonist of any one of the candidates, you will see some gray matter disturbing enough to throw at all the three – with varying degrees of splash and gore.

So what does Atiku Abubakar offer us on the matter of corruption, based on what is in the cyberspace that is attributed directly to him? Not much…but a fairly long anecdote shared by The Punch of 16 October, 2022 makes an interesting reading: “The issue of corruption is multi-dimensional. When we came into office (1999) we had evidence from the investigative bodies of the list of people who stole money and where the money had been kept. So I went to Mr President and I said if we say we are going to prosecute all these people, we will spend the next 10 years until we leave office, we will not be able to jail them, we will not get the money.

“So, he said, ‘what do you propose?’ Then I proposed we set up a panel, to call each and everyone of them confidentially. Then he set up a panel, he made me the chairman, (and) made the attorney general a member.

“We started calling them one by one, and say we have evidence you have stolen money and this is where the money is, return the money and we give you two or five per cent and within a few months we collected $2.8bn.

“Since then no government has been able to recover stolen money and some of the people that recovered (sic) money have even returned to Nigeria, contested elections, they were in the National Assembly, they are governors and so on and so forth.

“This is one way you can deal with corruption. Another way you can deal with corruption is to make sure that the loopholes that allow public officers to be corrupt are blocked; the loopholes that are in our systems should not allow public officers to steal money. You cannot sit down as head of state and you don’t know what your ministers are doing, what your directors are doing, you don’t know what anybody is doing, it’s not possible. Anyway, not with Atiku, maybe with somebody else.”

Would you mind having someone who knows where all the corpses are buried as your president? A strand of narrative the Abubakar strategy team should work on and through.

Currently being buffeted on all sides with sundry allegations of matters clearly unpresidential in nature, Bola Ahmed Tinubu battles on. His take on handling corruption is somehow couched in “politicine” (important sounding cliches which are shop worn). If Atiku was frugal with promises, Tinubu appears even more taciturn, preferring abstracts to brass tacks. Read his lips: “We will continue the work of the current administration in reforming the civil service to fight corruption, reduce bureaucracy, streamline agencies and decrease inefficiency and waste.” (Daily Post – 21 October, 2022)

He then nimbles across a field of banana peels with uncommon flourish: “It is a consensus among our citizens that the socio-economic challenges we are faced with as a country are deeply rooted in the menace of corruption… We should not, and we will not give up in the effort to rid our country of this menace. My administration will support the existing anti-corruption institutions and address underlying issues that make corruption thrive.” (PremiumTimes, 28 October, 2022). And thus ends the soliloquies of Brother Tinubu.

Like a pantomime conductor adept at stroking the ensemble into alternate levels of exultation, Peter Obi finds the next octave that whips citizens who have been malnourished by corruption into frenzy. Here is one of his recent tweets (14 November, 2022): “To have corruption eat so deeply into the fabric of our public life, such that over 80% of our common wealth is devoured by a small minority, while most of our people are left to scrounge and scavenge for a living is totally unacceptable.”

And during a weekend in Oxford University (as reported by BusinessDay of 8 October, 2022), Obi chimed: “…it is no secret that corruption has been endemic and one of the biggest obstacles to our economic progress in Nigeria. We are not proud of this, and my administration, when we come in, will tackle this challenge head on. We will have zero tolerance for corruption. You can expect a sledgehammer approach.”

Impassioned by what his admirers believe is a deep-seated angst against the sustained failure and criminal ineptitude of the Nigerian political class, Obi sinks his teeth deep into the malaise of corruption. Here is more: “We will have zero tolerance for corruption; block leakages and cut the cost of governance. Our total commitment to transparency and accountability in government business is the only credible way to achieve limited to zero corruption.” (See The Independent – 14 November, 2022)

“Let people come and show you where Anambra money is missing. I couldn’t have left over N75 billion when I can steal it. I told my family that they should not come. No piece of land was given to anybody. You have Innoson motors today because I supported him. I went to his company and I paid for 1,000 vehicles all front (sic).”

One is not sure though if this rhetoric can be repeated today with equal casualness. But Obi is not spent…here is more, as captured by TheCable of 6 October, 2022: “The policies required to fight corruption already exist; it is the political will to implement them that has been lacking. My governance modalities have always been forward looking and will remain so.

“We will negotiate the return of our stolen national wealth from the custodial countries. There are two elements of subsidy – the corruption component and the real subsidy component. The oil subsidy arrangement as it stands is fraught with criminality.

“It is unacceptable. For the corruption, we will deal with decisively, which will reduce the subsidy cost by over 50%. There will be weighted measures and counter-balance policies and programmes to cushion the impact of the removal of oil subsidy, if and when it is removed.

“The difference is that now, only some sacred and self-entitled few benefit from the oil subsidy. That narrative will change. We will support local refining for domestic use and priced strictly in Naira. Starting with all government vehicles, we will transition to gas powered cars.”

The problem here is this: who is the least conflicted by the bogey of corruption allegations swirling around their characters to make lofty promises of anti corruption devices work? And who is most chuffed to prove naysayers wrong? As we often say, the answer is in the winds of 2023.